Lots and lots of Upper Deck in the second part of the break. OK. 4 packs. But 1 was a fat pack and the other was a rack pack! 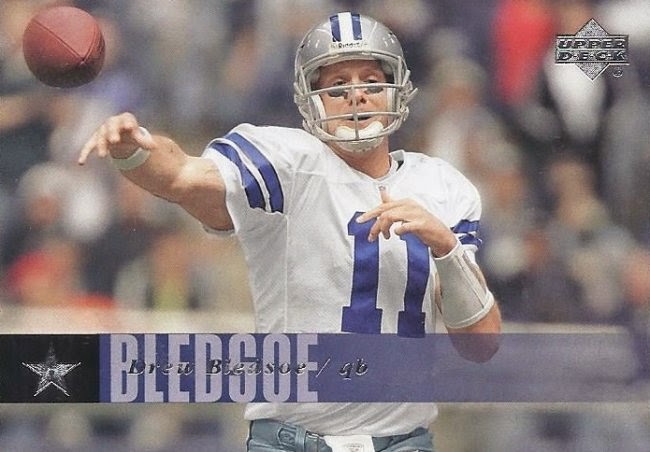 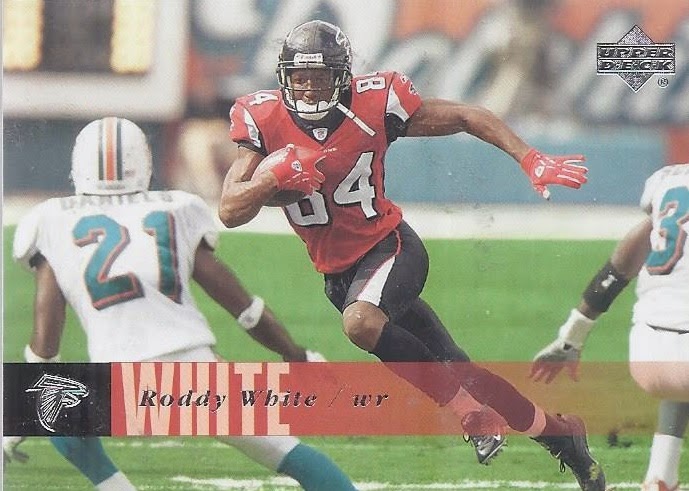 Roddy White - A nice photo of open field action.
Drew Bledsoe
Anquan Boldin - 2 dupes within 6 cards of each other. Ugh. 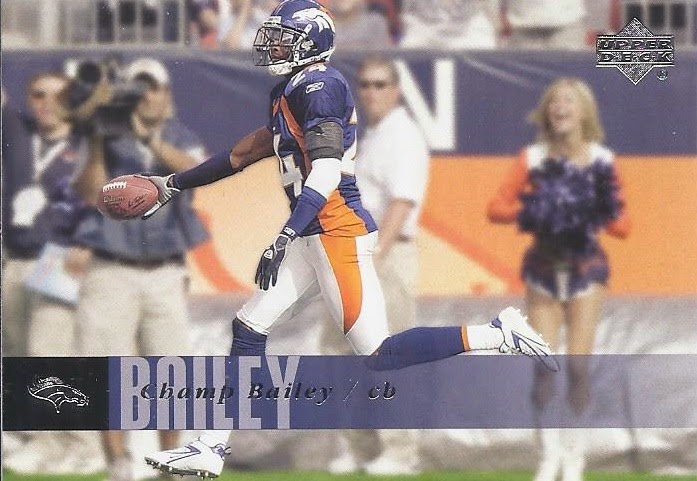 Champ Bailey - But this pic makes up for it. The defensive player scoring a touchdown is a cardboard rarity.
Kyle Boller
Chris Chambers
Julian Peterson
Jeremy Shockey
Joey Galloway 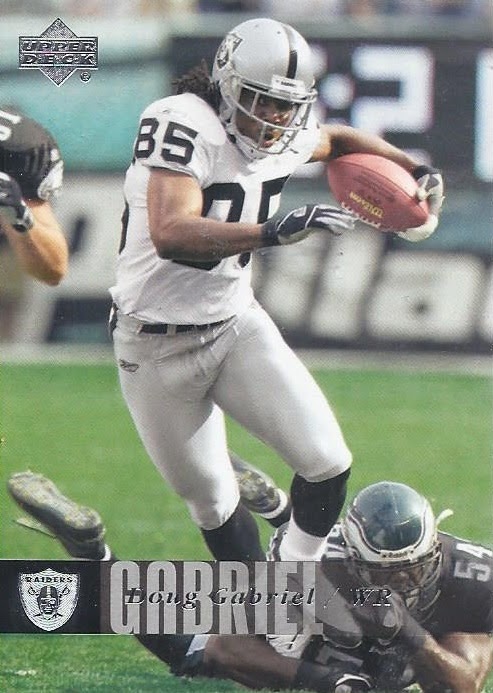 Doug Gabriel - A last name Gabriel is as good as first name, and it will be on its way to the clubhouse. Surely, I'll find at least one hit for a hockey Gabriel there.
Drew Bennett 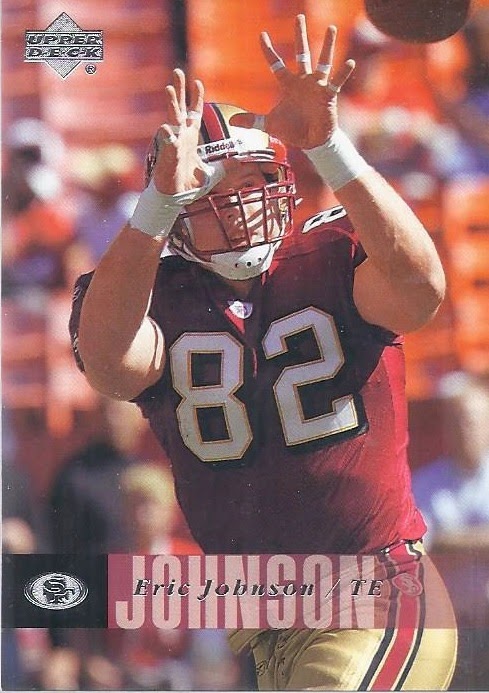 Eric Johnson - Wow. There is a lot of red in this picture.
Edgerrin James - All UD Team
Dwight Feeney 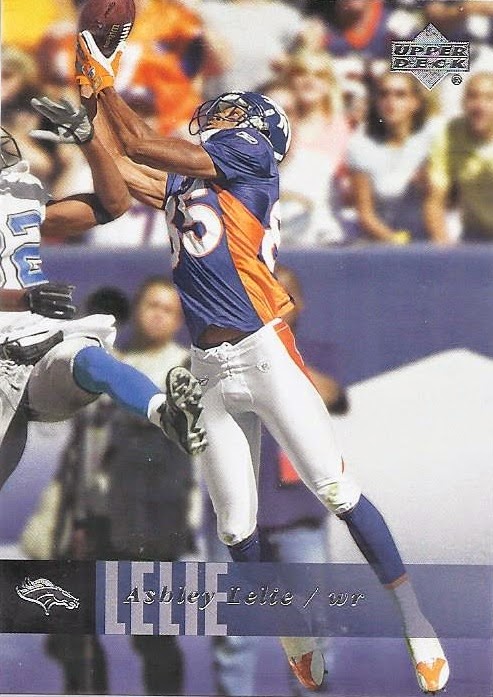 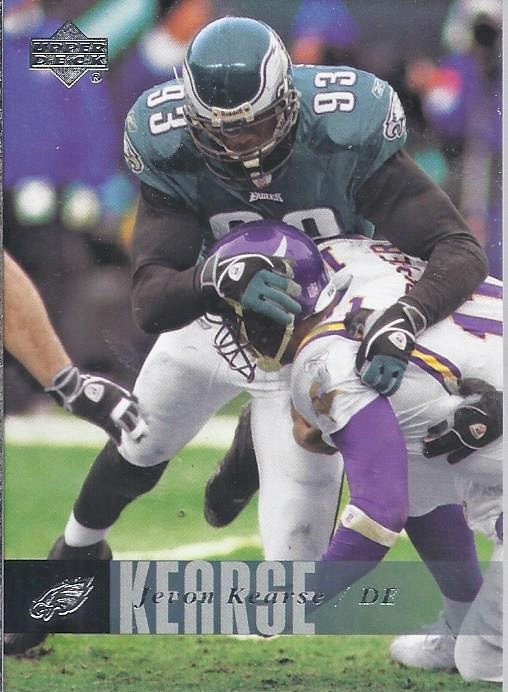 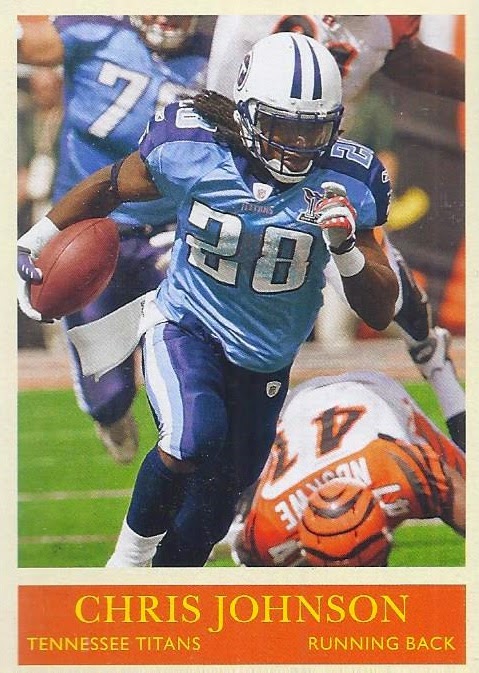 Chris Johnson - I guess this is my favourite photo from these packs, with Chris leaving some unfortunate Bengal in the dust.
Brady Quinn
Peyton Manning
Felix Jones 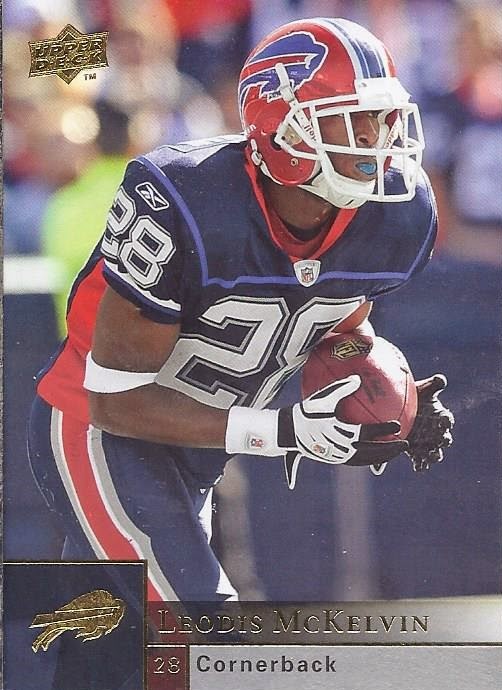 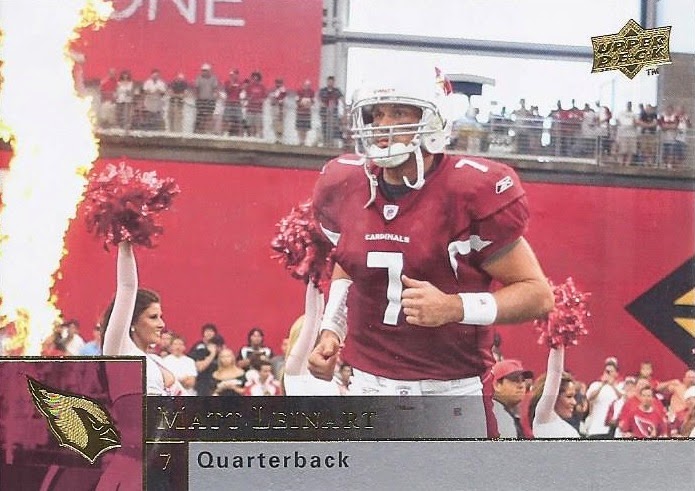 Matt Leinart - He was a Bill for about 5 minutes in the offseason, but I'm not scanning this card for that. It's another great photo choice by UD.
Kellen Clemens
Keenan Lewis
Brian Cushing
Chris Cooley 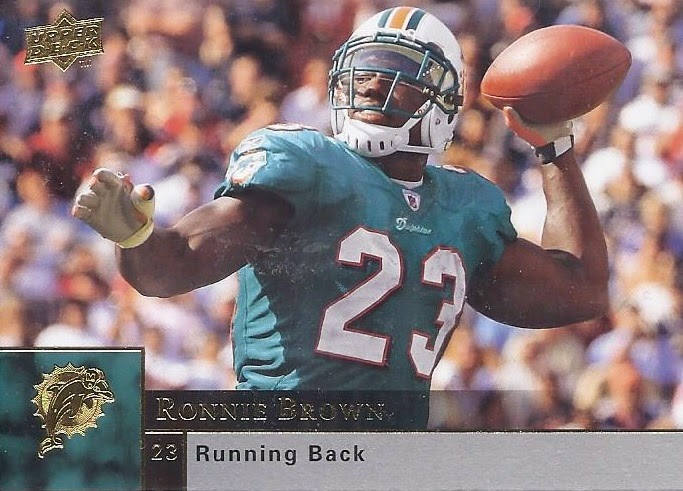 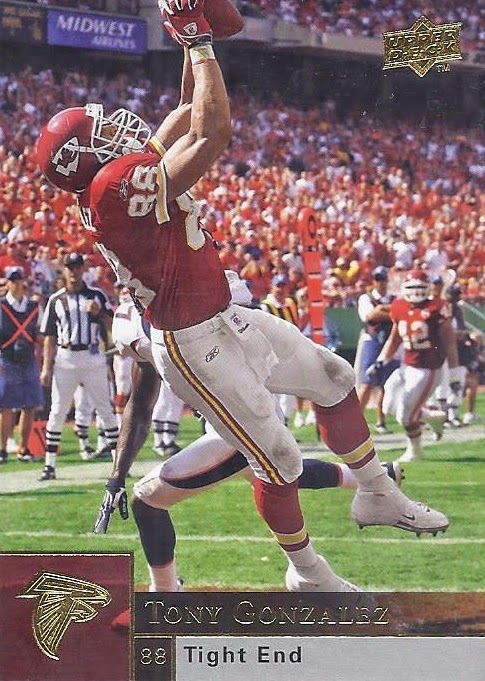 Tony Gonzalez - What a way to end a pack and a break. Amazing photo!

Posted by buckstorecards at 09:19