Now, for the non-Topps portion of the repack. 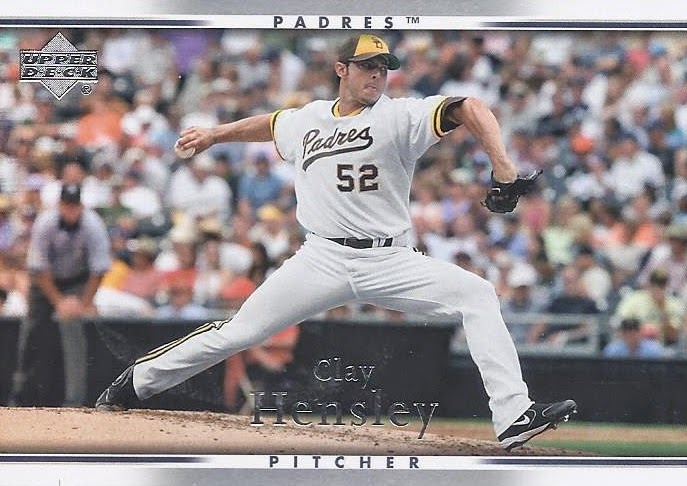 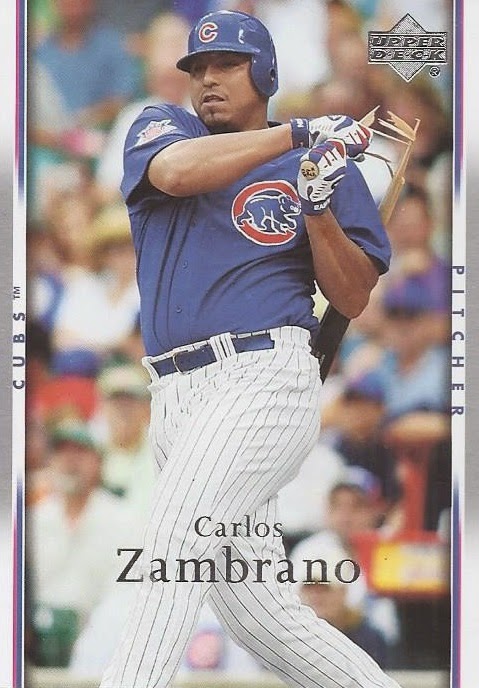 Carlos Zambrano - This might be a dream card for Nick @ Dime Boxes. A Cub. A pitcher at the plate. And a broken bat. 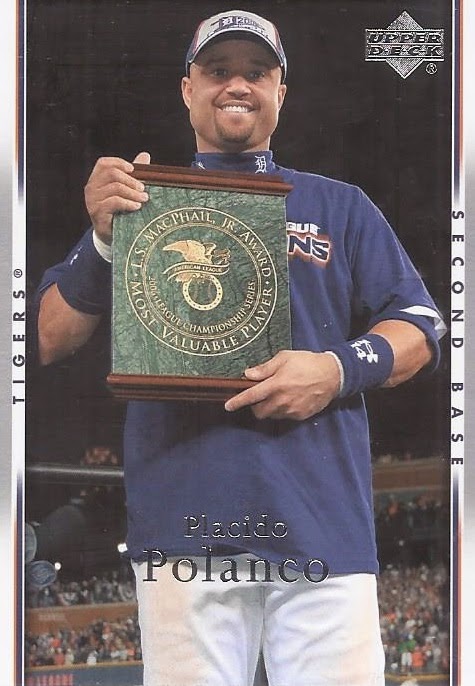 Placido Polanco - And here's an appearance of an award I really haven't seen much of on cardboards. It is the L.S. MacPhail Jr. award for the AL Championship Series MVP.
Tom Gorzelanny 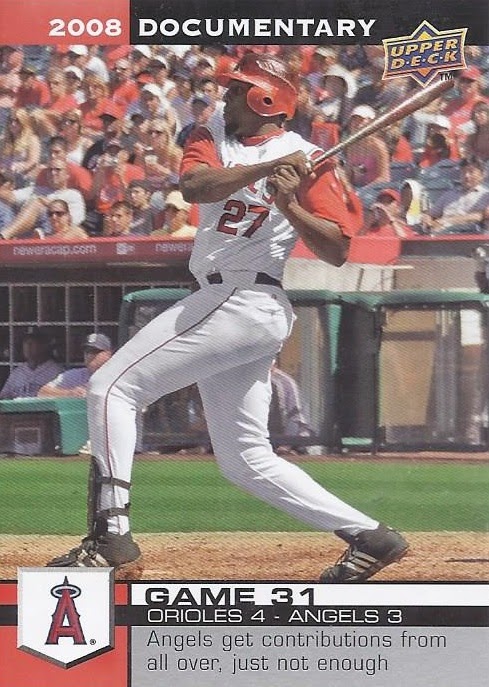 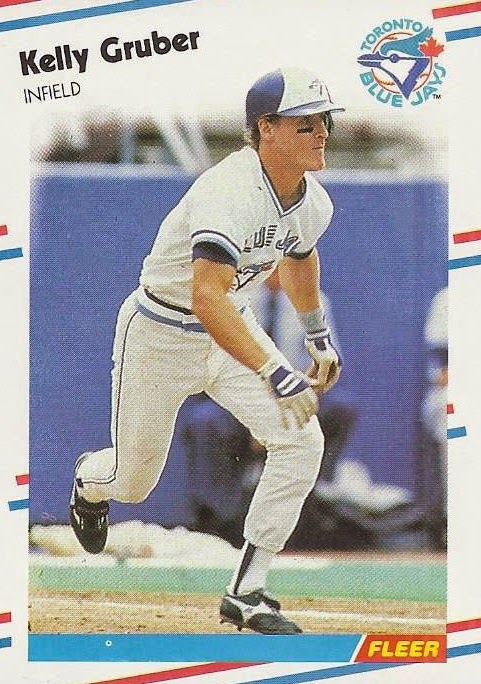 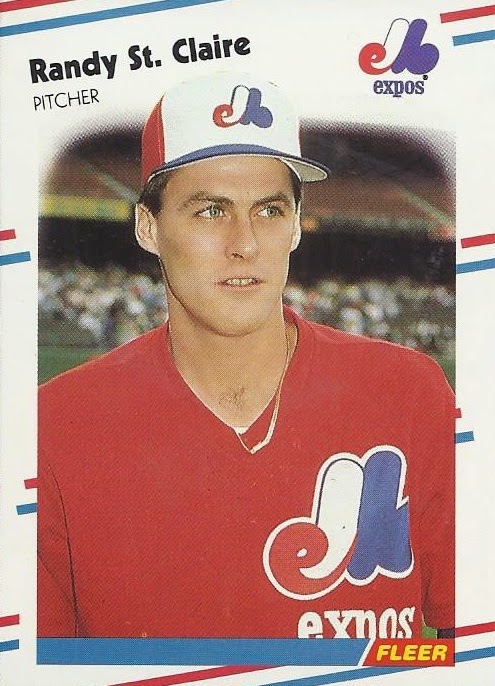 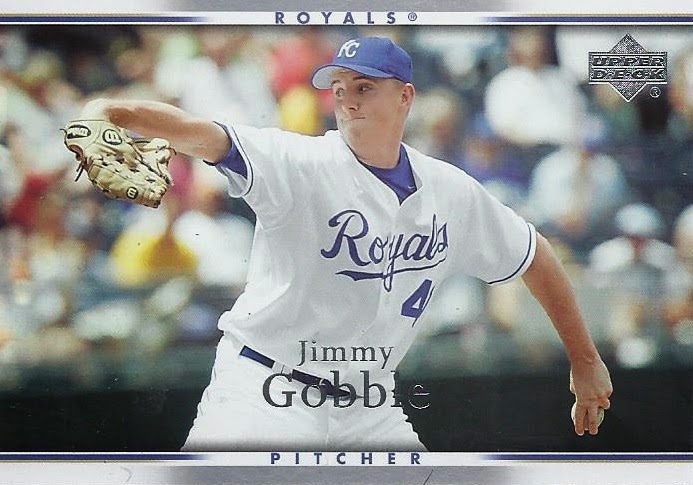 Jimmy Gobble - Jimmy Gobble! One of my favourite names in baseball history! 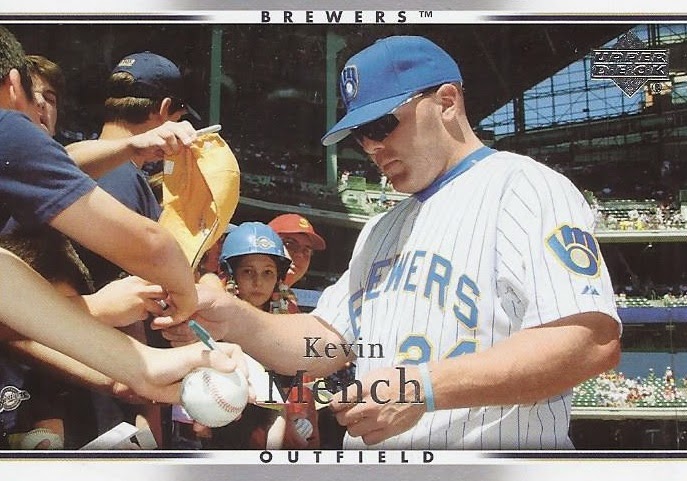 Kevin Mench - Another twofer Dime Boxes mini-collection. Throwback uniform and signing autographs. It even has a nice photo of the stadium in the background.
Hanley Ramirez 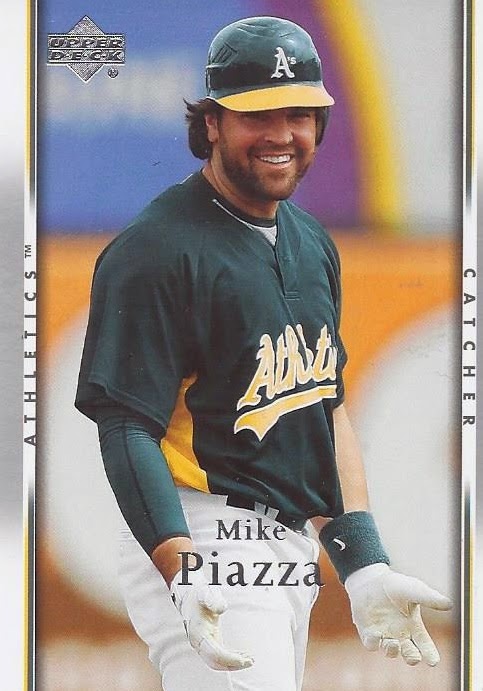 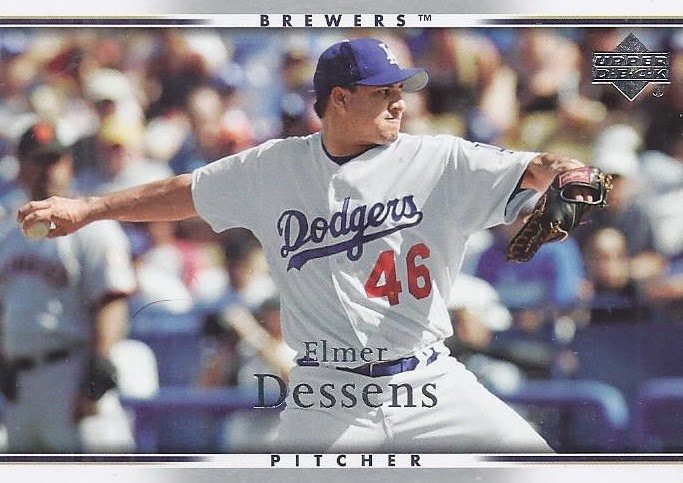 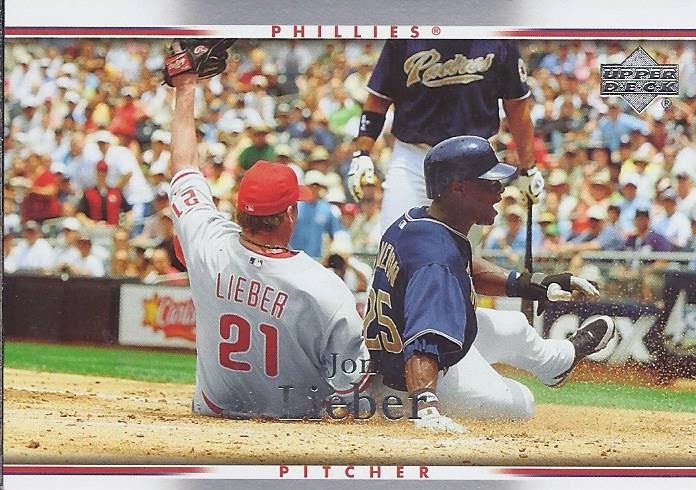 Jon Lieber - There aren't too many play at the plate cards that feature the pitcher as opposed to the catcher showing off the ball.
Ryan Franklin
Ryan Zimmerman 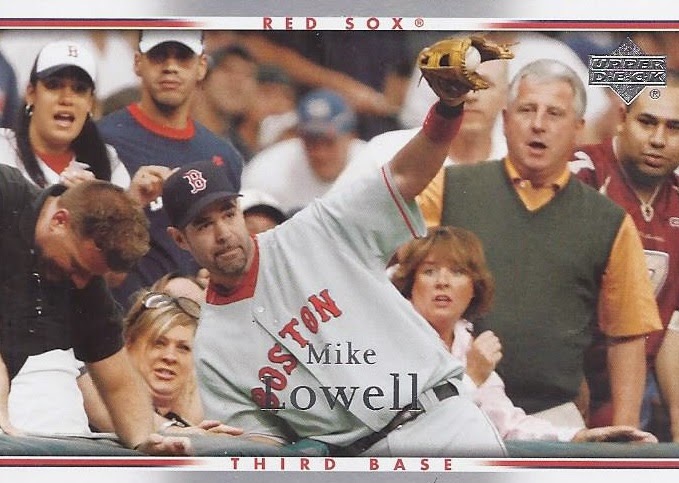 Mike Lowell - This would have been an "Out of Bounds" parallel had this photo shown up in Topps S1 last year. 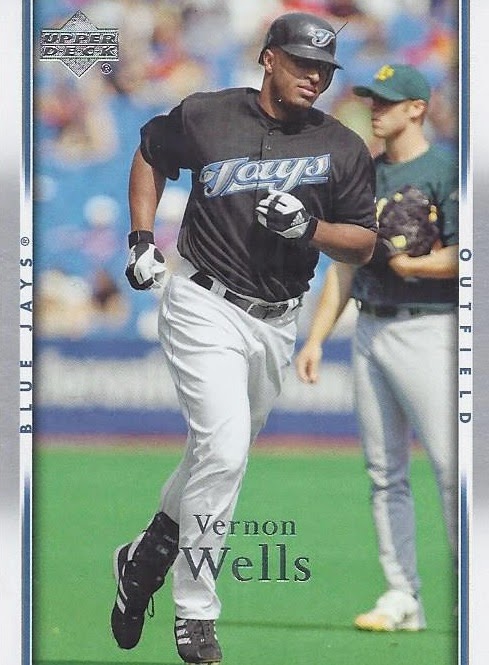 Vernon Wells - A Blue Jay! WOO-HOO! I don't know if he's circling the bases after a home run, or trotting back to the dugout after a pop-up. I assume I could look up day games in 2006 featuring Oakland at Toronto, but I'll pass.
Barry Zito
David Delucci
Octavio Dotel 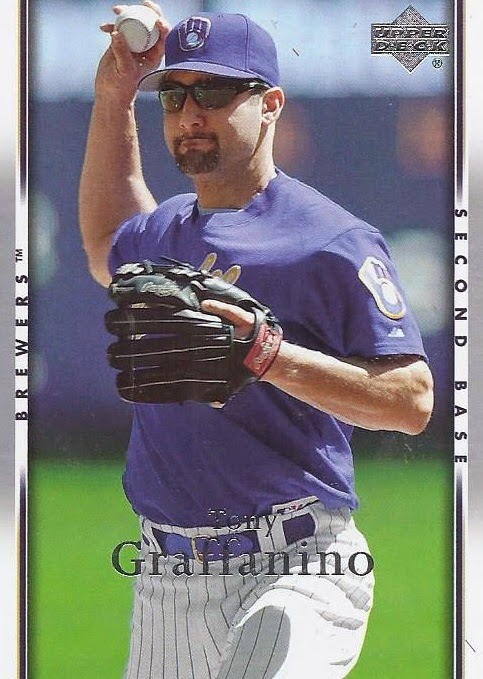 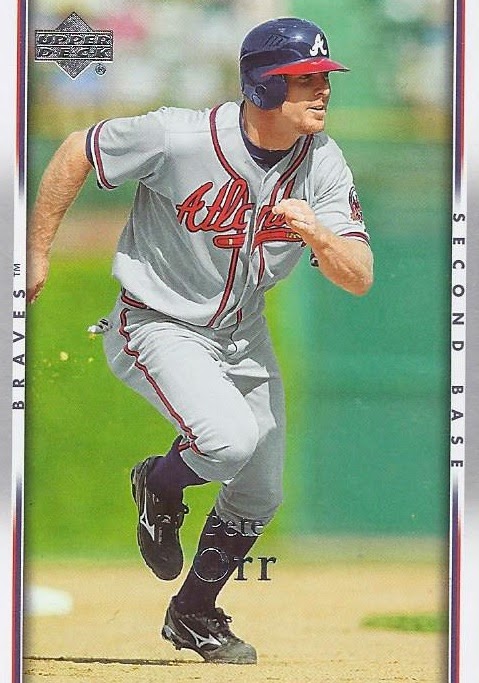 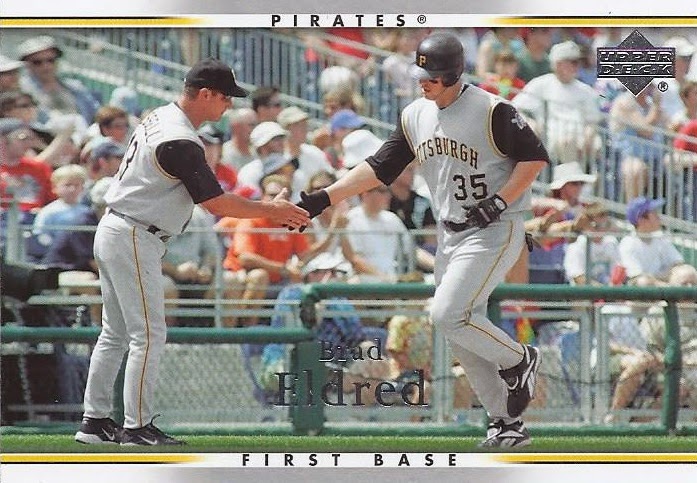 Brad Eldred - Unlike Vernon, you know this is after a home run.
Edwin Jackson
Jeff DaVanon
MVP Potential - Jermaine Dye

Lots of photographic keepers makes this a great repack busting session. I'll have to keep look for ones with UD rack packs visible, as they seem filled with keepers.
Posted by buckstorecards at 13:12