With goalie masks as one of my personal collections, Between the Pipes is always my personal favourite for set of the year. It finally dropped last week, and I finally got around to picking up a few packs of the stuff. I'll probably be buying at least a base set at the Expo next week, although if I can find a box for a respectable price, I might just use that to try and put a set together.

1-23 is for current stars, title Stars of the Game. 24-80 is for CHL Players. Sadly, they don't include the draft eligibility on the back of these, although it does show up in the back-of-the-card bios for some. The remaining 81-150 is for retired players, or Greats of the Game as ITG calls them. 9 cards per pack, but 1 of them is a decoy/puzzle card, or a relic hit. It's probably my one complaint about the product. But, with the set dropped drown to 150 from its usual, one should come really close to picking up a complete set from an box of 18 packs.

I can't really post this as a pack break, since I've already collated the cards. But, I can hit the highlights.

For 2 packs of the three, I did end up with a pair of inserts. One a hit, one a shiny. While not technically a hit, these are still nice additions to the personal collection and my favourite insert in the set. These fall at 1:6 packs, and are the highlight of the set for a mask collector such as me. 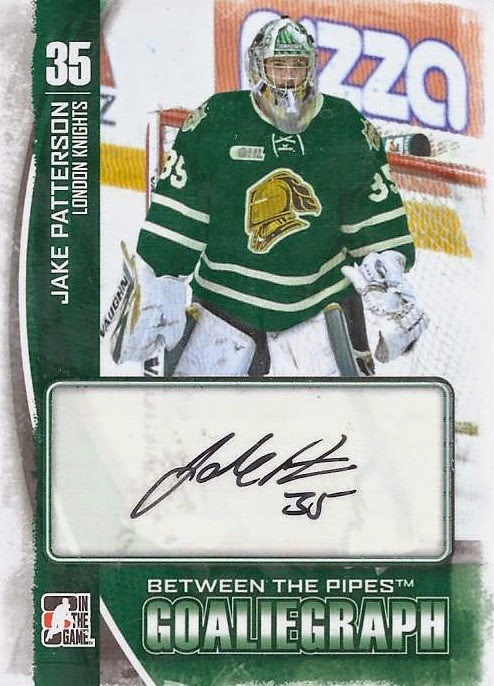 And an autograph as well from one of the packs. Unfortunately for me, the London Knights are one of the primary rivals of my beloved Kitchener Rangers (along with the Guelph Storm). At least it is better than the one I pulled last year of a CHL guy who had already retired by the time the set had released. 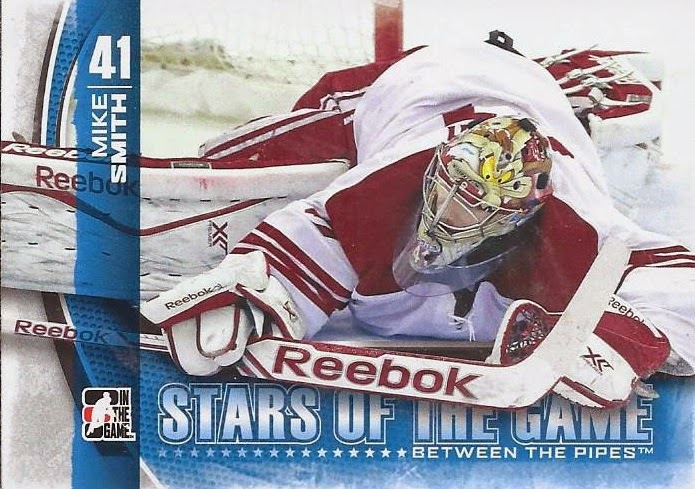 There were one of these in each pack, so I'm going to highlight my favourite mask of the bunch - Mike Smith. Although since Wile E. Coyote hasn't yet captured the Roadrunner on this one, it is a letdown from his previous efforts. Although Mike does have Wile E. riding an Acme rocket, with his children hanging on the side of it assisting the famous coyote. 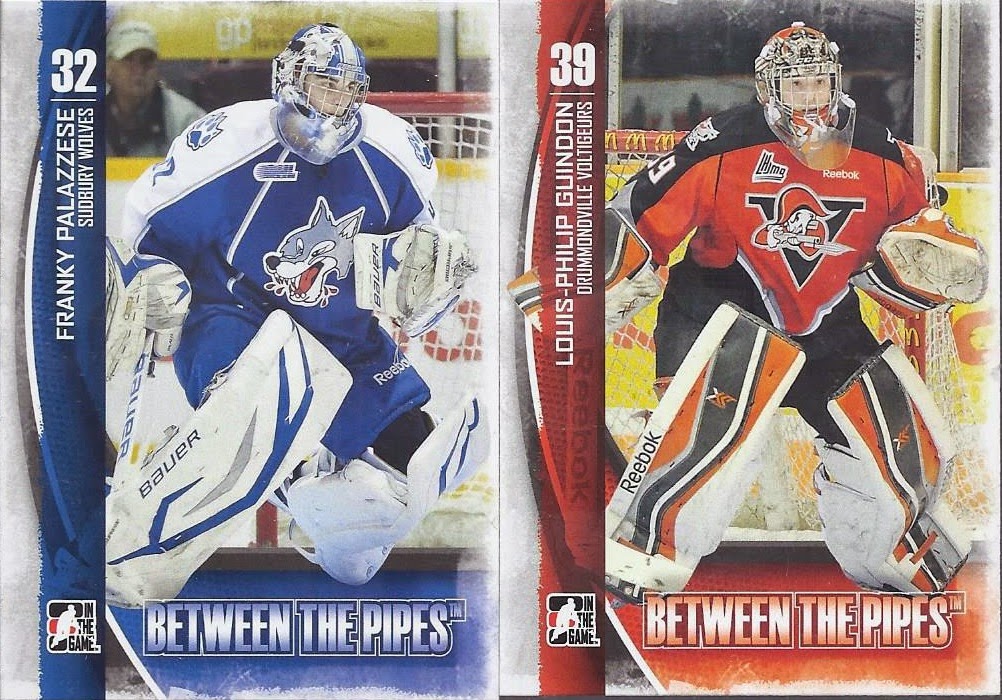 These are samples of the CHL cards, featuring two spectacular logos. When Sudbury switched to this look from a hideous green and yellow scheme in the late 80s, it became probably the one of the most improved jersey changes in hockey history. And now I know what a Voltigeur is without having to hit wikipedia.

Finally, some of the Greats. Calling Curt a great is probably a stretch, but his mask is spectacular.

And there's the highlights of 3 packs of BTP.
Posted by buckstorecards at 14:15