I entered myself in a random break of a case of 2013-14 Prime Hockey through mojobreak. There were 28 slots in the break, and I ended up with a combo slot for the teams that didn't have too many hits. One of the combo slots was the Coyotes and Lightning. I ended up with 3 hits total along with a pair of base cards. Probably above what I should have got in terms of volume, and also in terms of adding some gorgeous patches to my collection. 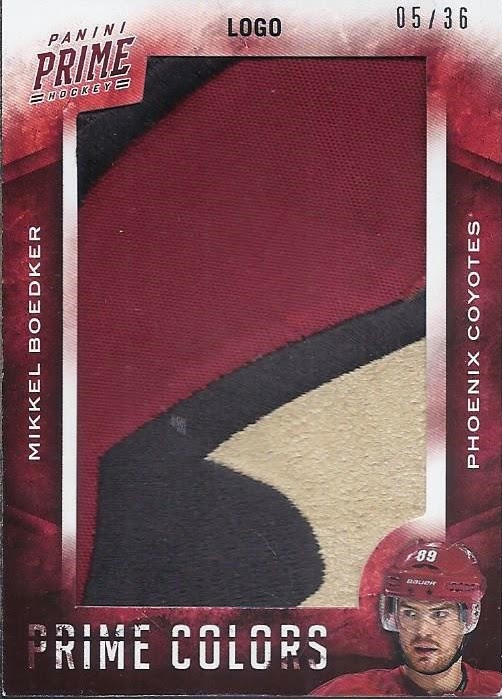 The only thing better than getting a nice hit from a random break is getting one that fits right into one of your PCs.  In this case - a Kitchener Rangers alumni. He only spent one season there, the 2007-08 one, but did average more than a point a game throughout that season and playoffs, contributing to their OHL Championship season. While I think I like the Al MacInnis autograph a little more, this one is easily the best relic in my Rangers alumni collection. 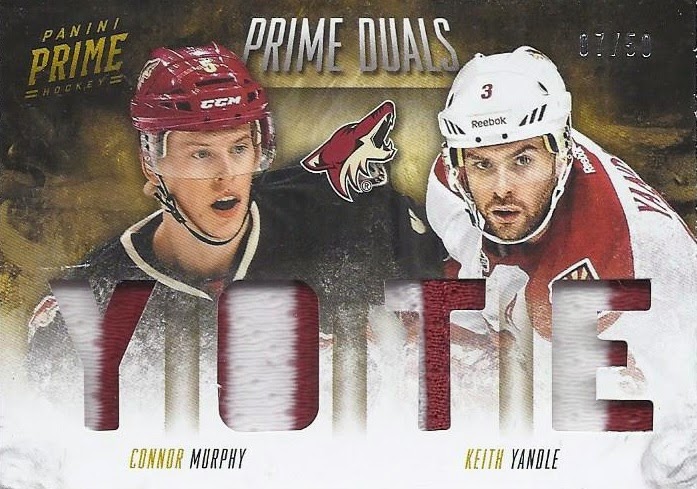 This is pretty nice looking with a great use of colour, but it doesn't even come close to the Boedker.

Only two cards for the Coyotes, but I can't complain about both being well done relics.

And now, for Tampa! 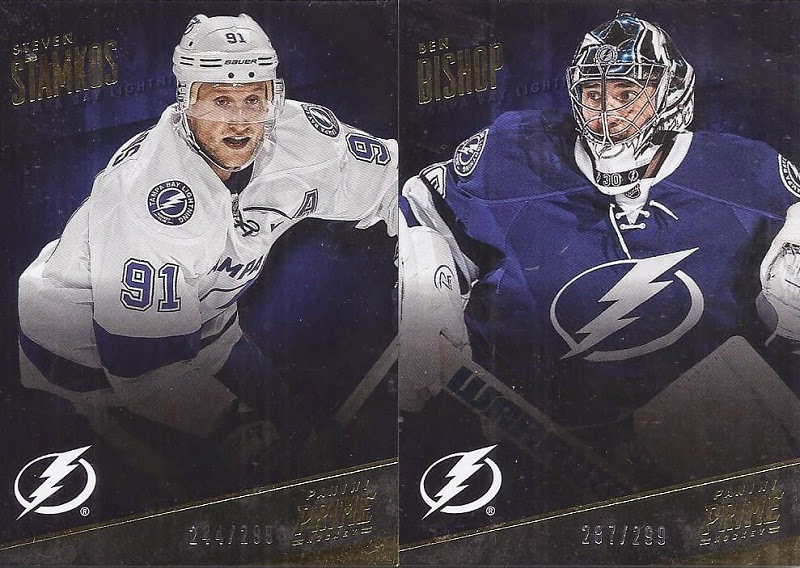 A pair of base cards numbered to /299 start it off. Ben is on his way to the mask binder. It really doesn't have enough numbered cards in it.

But, the best is saved for last. 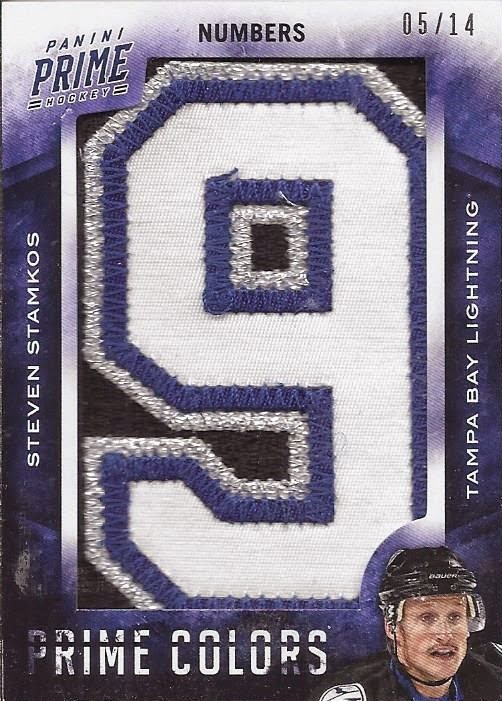 Wow. I don't think there could be a more perfect design for a game used patch. Nope, not a manupatch at all. This beauty reads "game used" on the back. Plus, I think a manupatch would have been better centered on the card. Still, when my main complaint about the card is that some of the number is under the border, that's a great complaint to have.

I think this is the '9' from the '91' that appears on the front of the jersey. I think the ones on the arm would be too large. Plus, the '1' from the same set has already shown up on ebay, with a hint of the stitching from the '9' on the left of the card.

This card will be up for trade temporarily, since I know there are people that would love this card.

To pry it from my grasp, I'd really like at least one multi-coloured, similar sized and similarly low numbered Ottawa Senators patch, particularly an Erik Karlsson. If you want to purchase something on ebay to offer, let me know beforehand and I'll give you the yay or nay.

I'll probably wait until next week, then just put it up on ebay myself.

But there's still more! Like the Spectra break, this included a pair of Silver packs from the National. 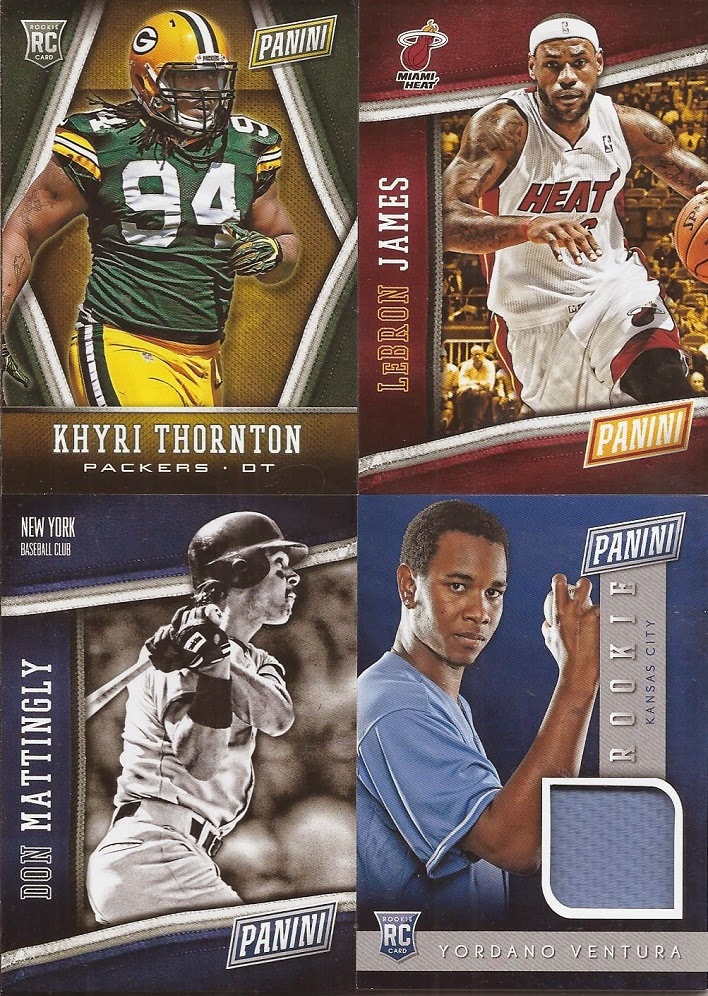 I really like the Mattingly. Despite only being a one-colour hit, the Ventura was almost as thick as either of the two major hits from the Prime break. and exactly as thick as the Yandle/Murphy.

Posted by buckstorecards at 16:23