I hit the flea market this morning. Saturdays tend to be better for cards than Thursdays. I picked up 6 packs of 20 cards consisting of Bowman/Bowman Chrome/Prospects/etc. from this and last year. From those 120 cards, about 90 were on teams other than mine - an excellent ratio, even though the distribution was uneven among teams. Two groupings ended up with 19 cards each out of this.

Due to a desire not to type out huge lists, and the fact I'll likely mix up Chrome and Chrome Prospects, I'm not going to list all of them. It is probably easier just to show the scans and the numbers.  At least the teams with only 1 card were teams from the random/bonus teams. Cards that appeared more than once were only scanned once, but listed. 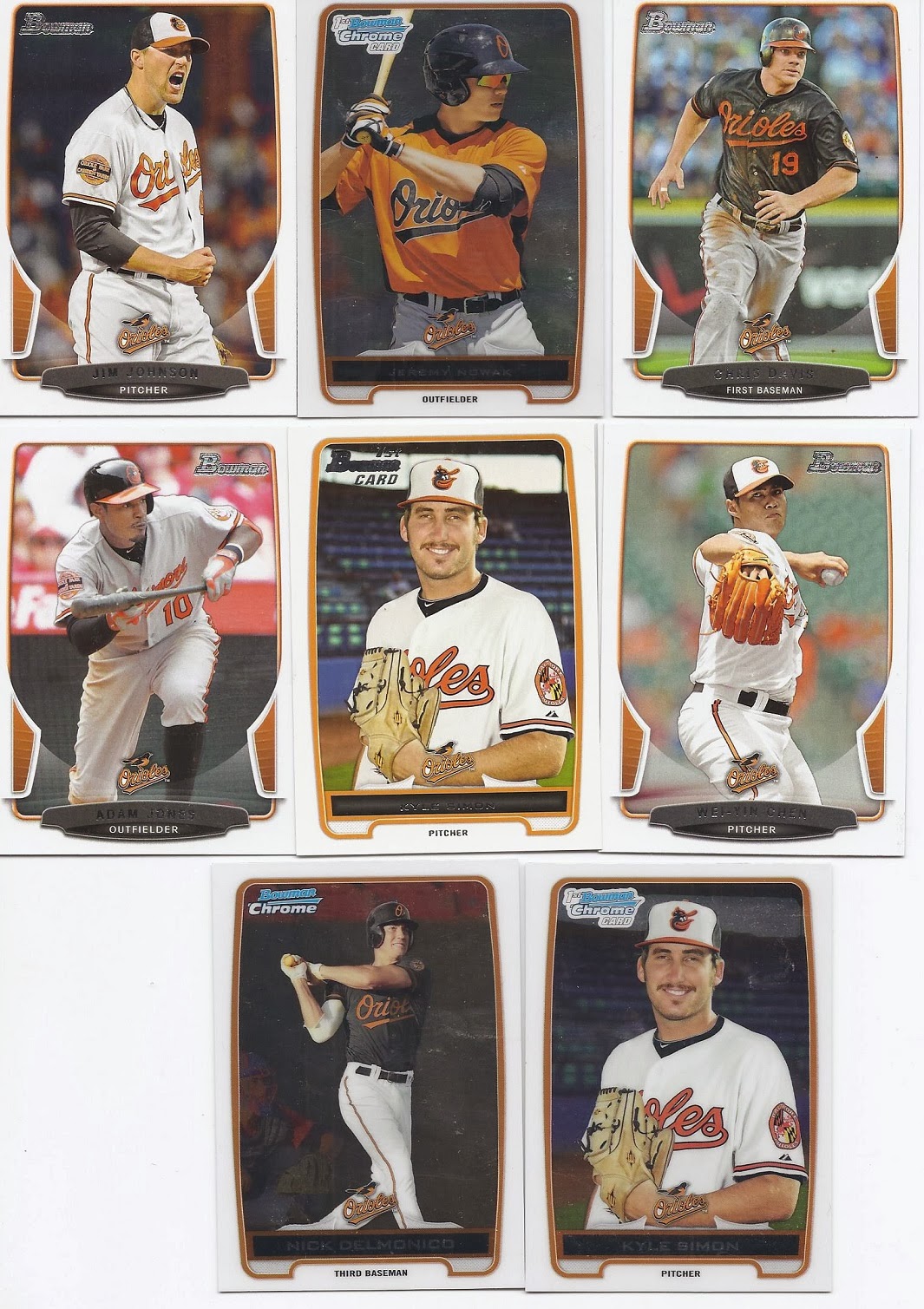 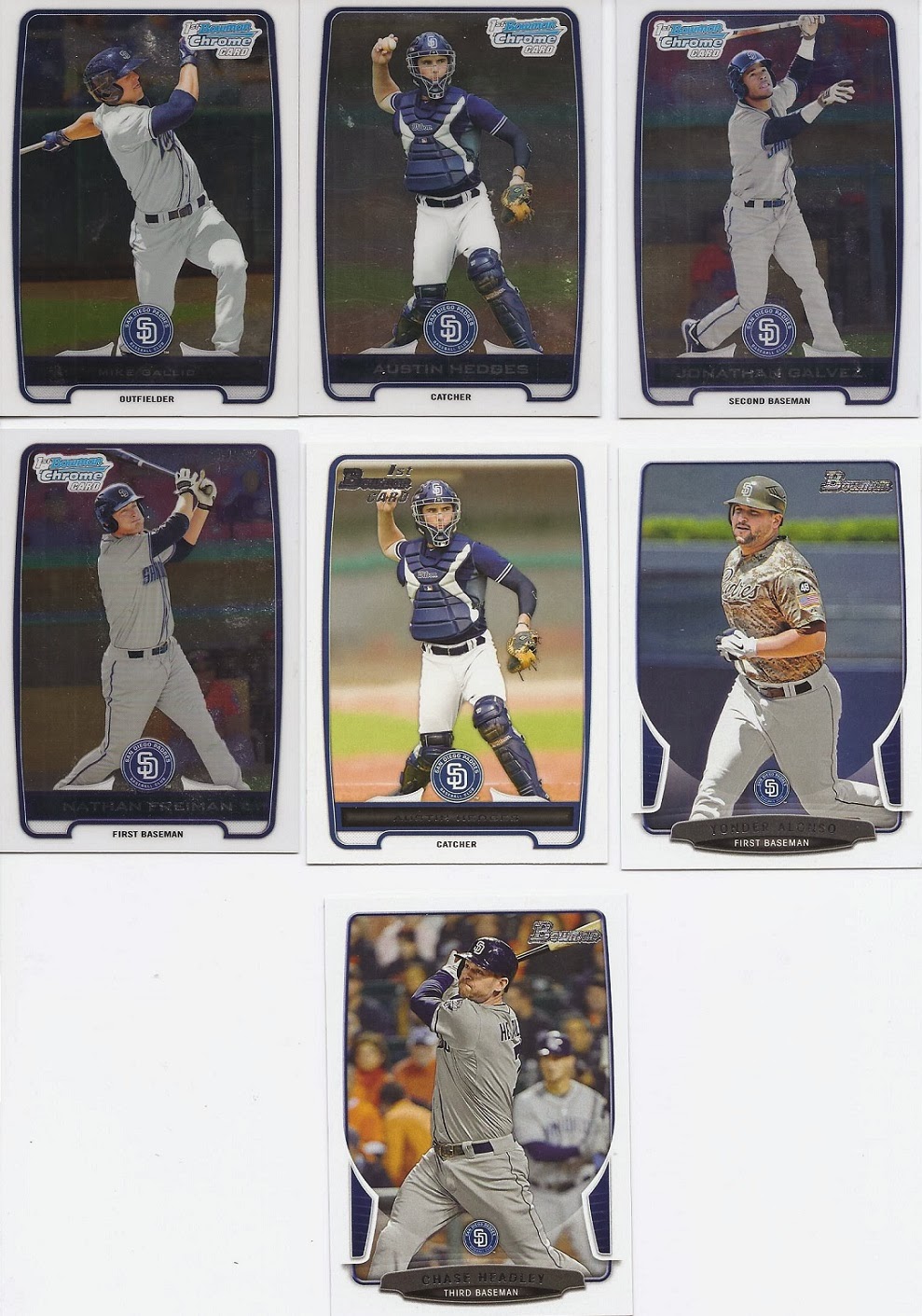 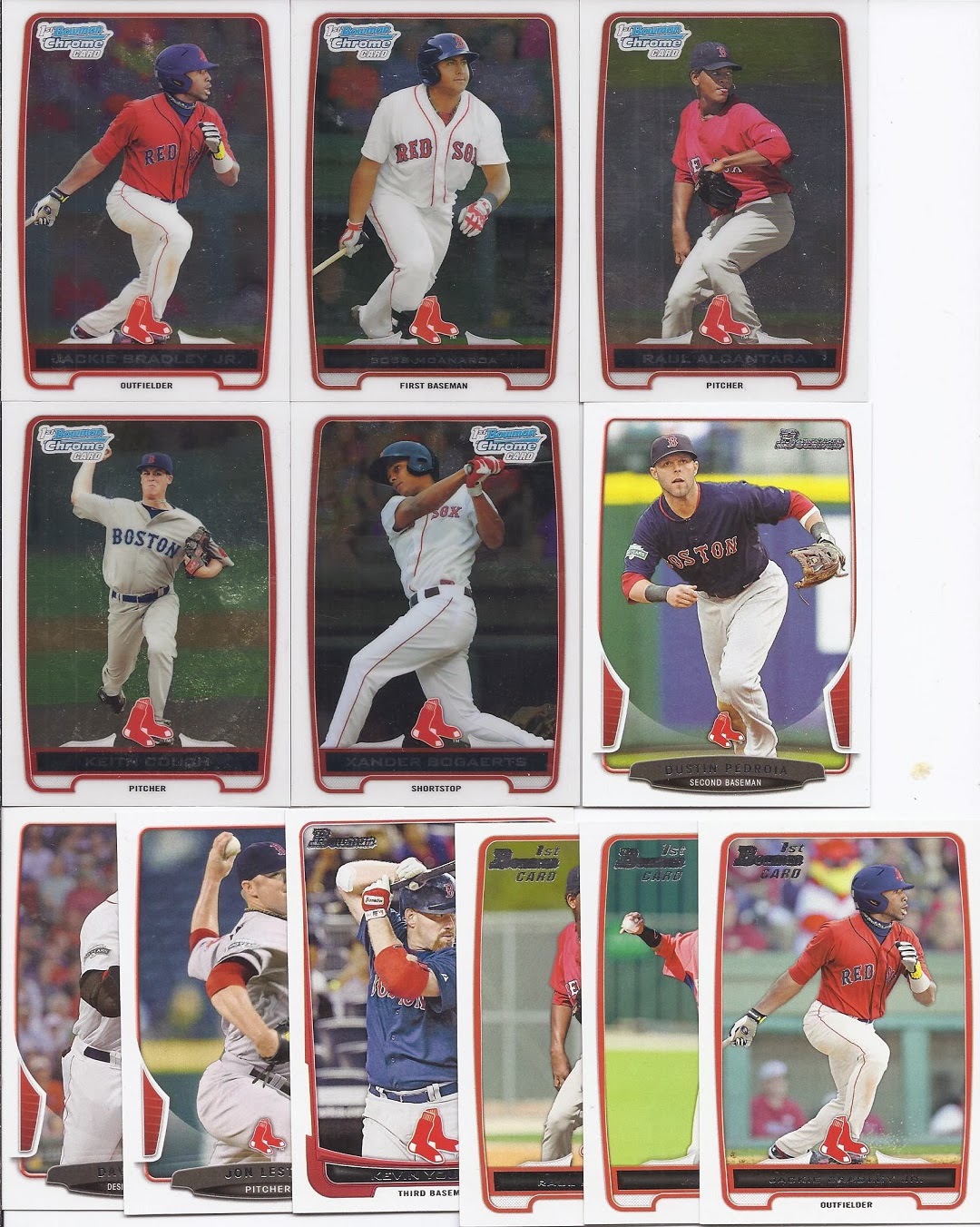 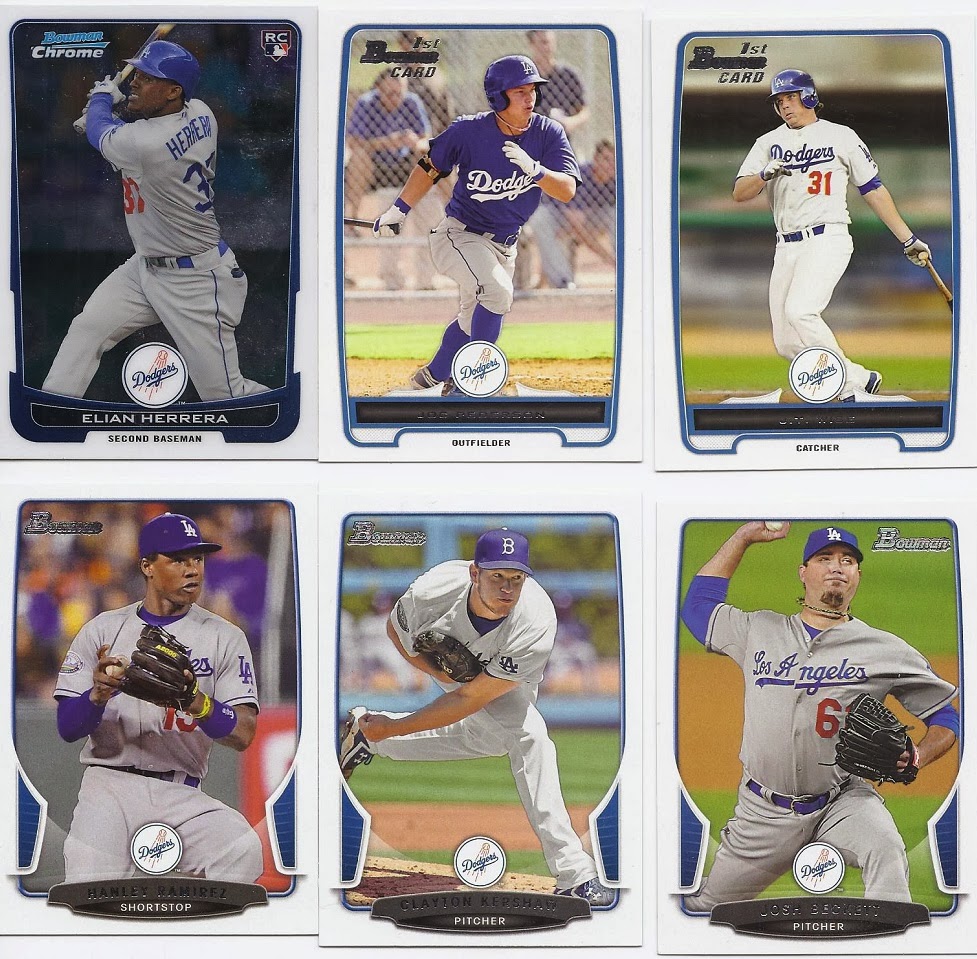 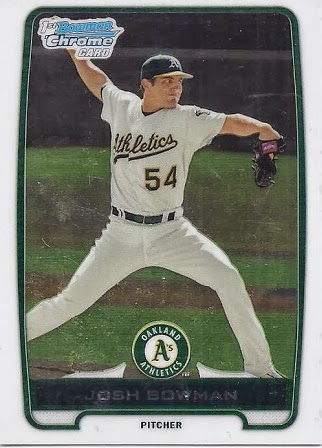 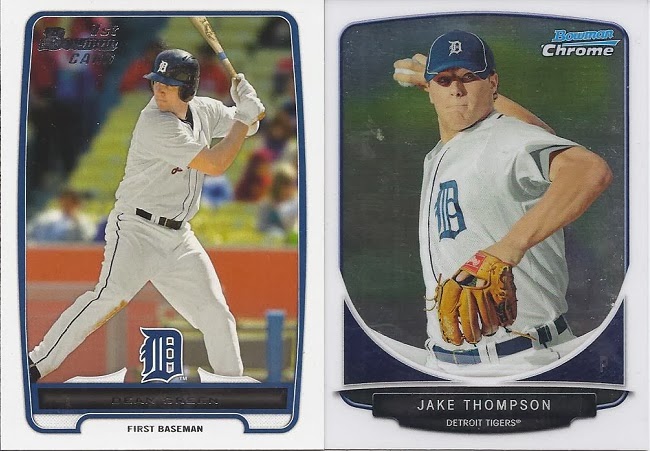 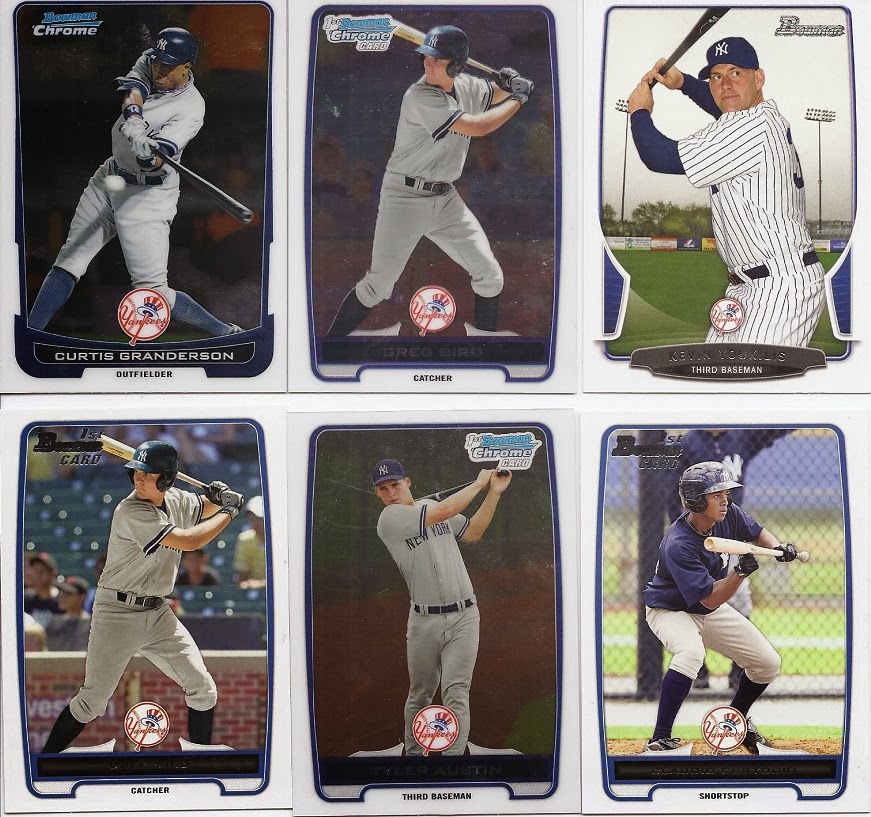 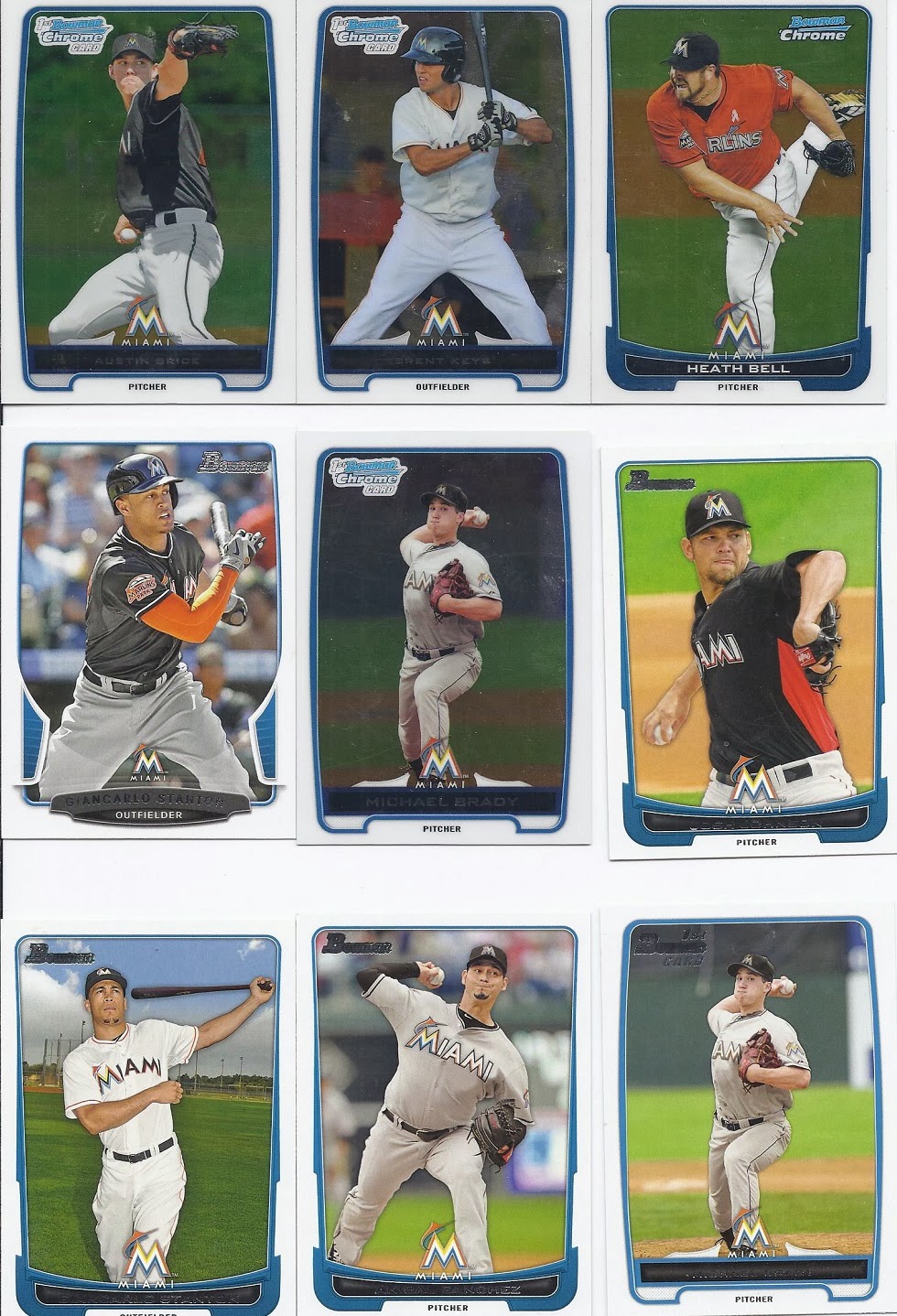 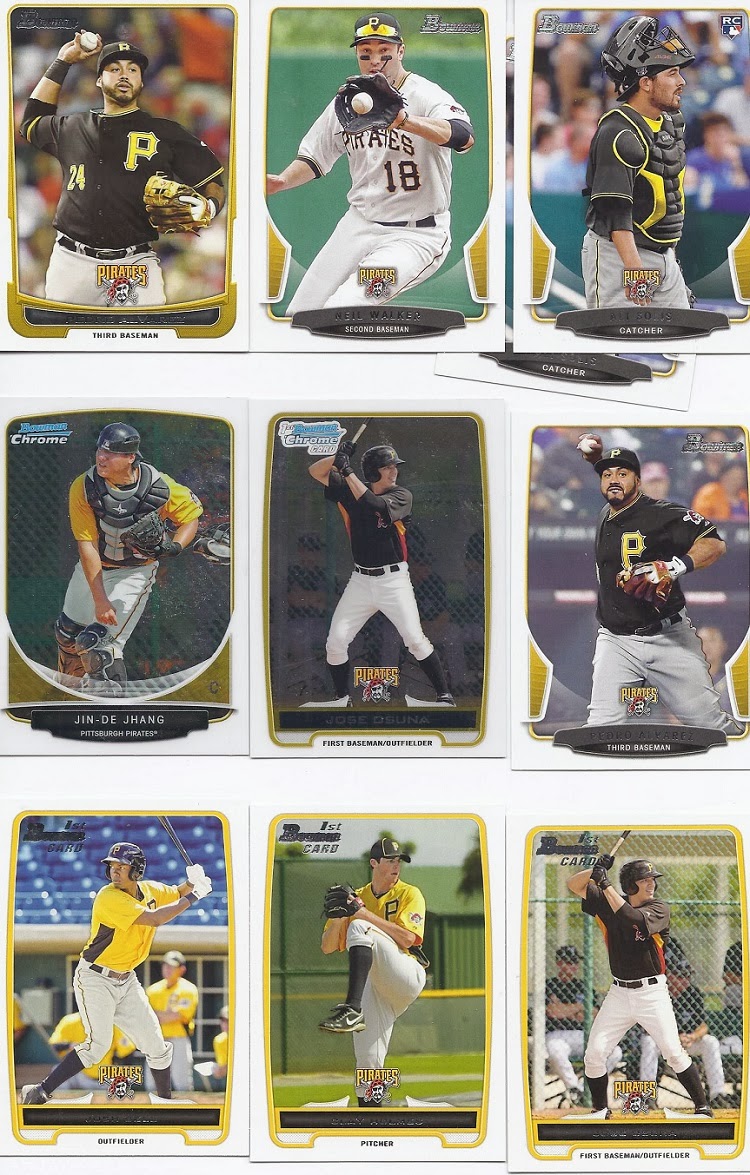 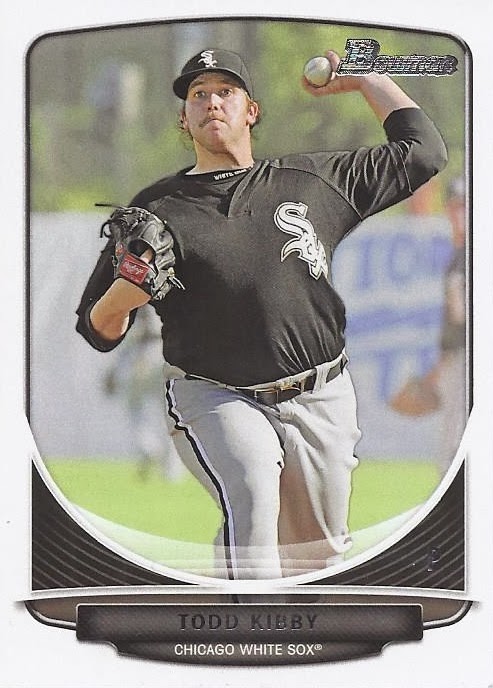 Texas: 6 cards (That Rowan might be my favourite photo in the bunch)
Tampa Bay: 4 cards
10 total to Jess. 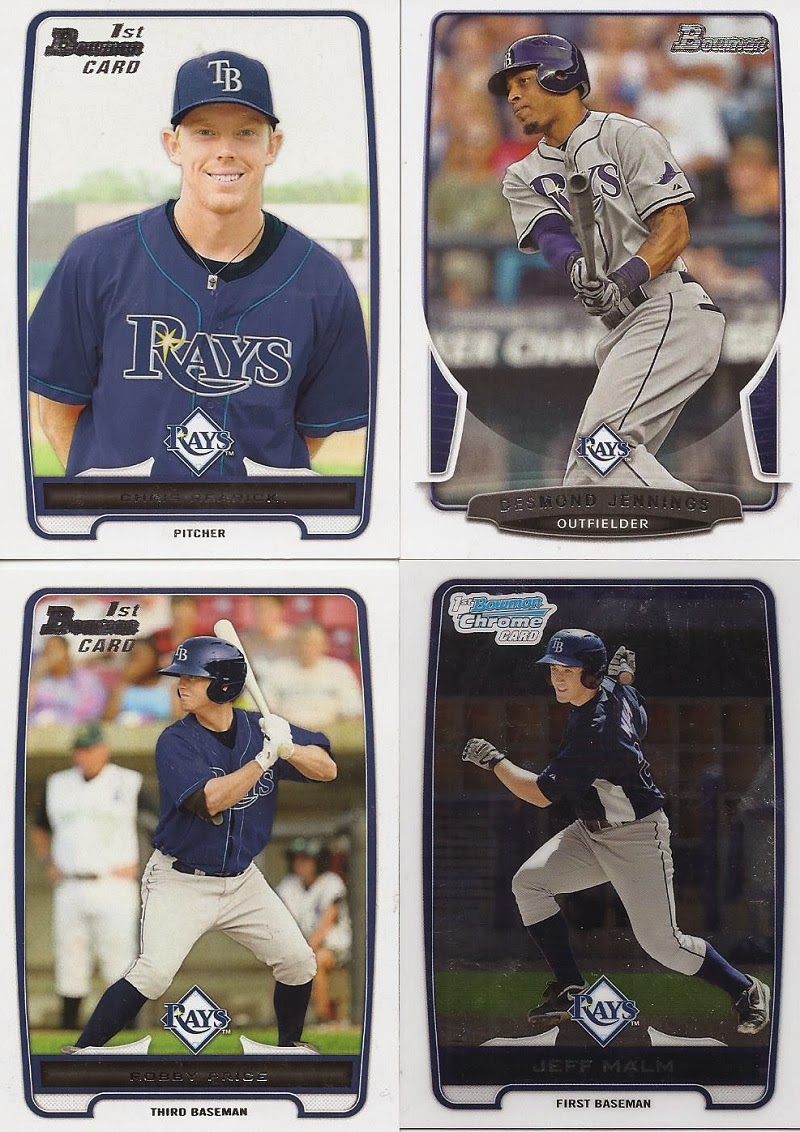 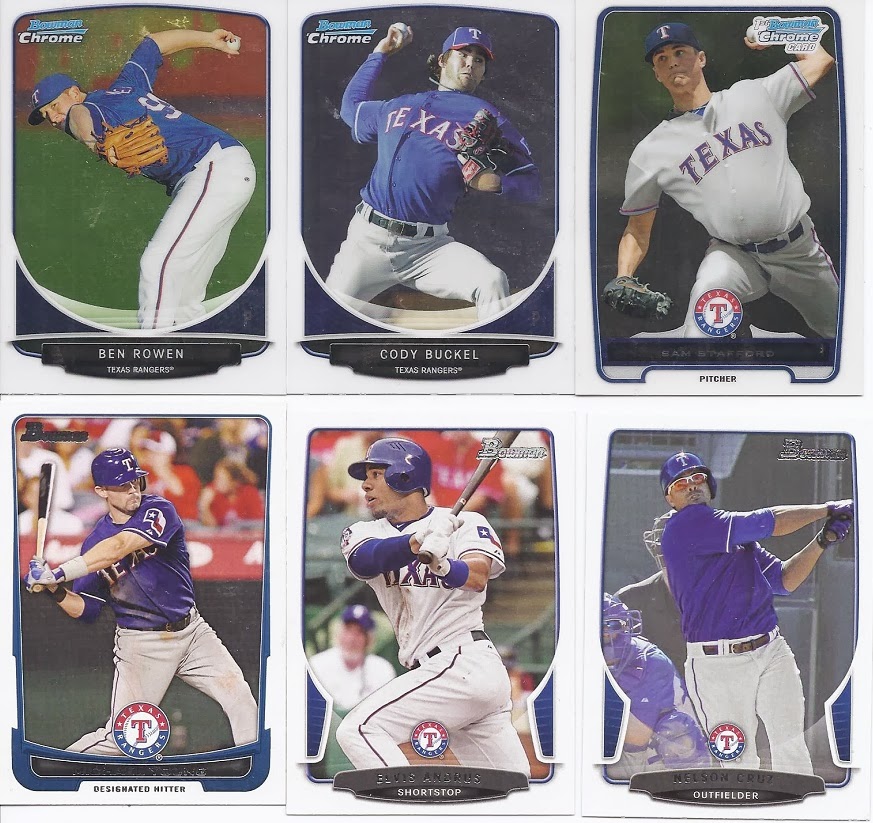 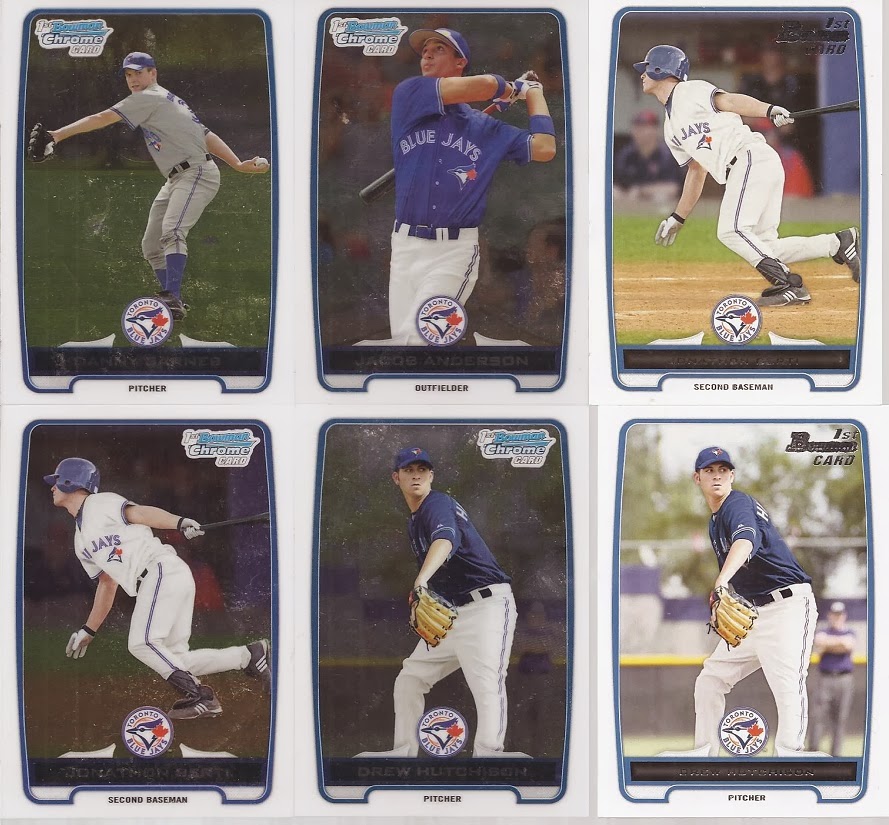 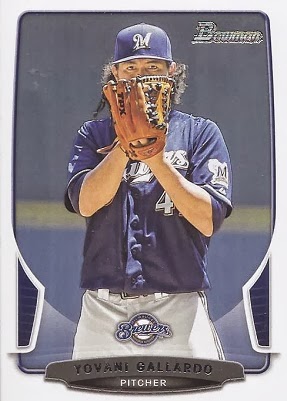