Firstly, the package was last sighted in Dieppe, NB this morning. I've now got a 10/2 delivery date on it. Tomorrow, I'll be hitting a flea market tomorrow, where I've grabbed hand-collated repacks in the past. They should add a few more cards to people's stacks in advance of the boxes arriving. They're just in team bags or shrunk cello packs, so I probably won't do video of them. I've never found any mega hits in them, but there are big names and decent prospects. I'll post the results sometime tomorrow.

I guess I can't resist grabbing those cubes of 2 packs and 25 cards every time I head through Target. The cube itself is a nice grab on its own, and getting some cards in it is always fun. The visible packs were 11-12 Score and 06-07 Parkhurst. 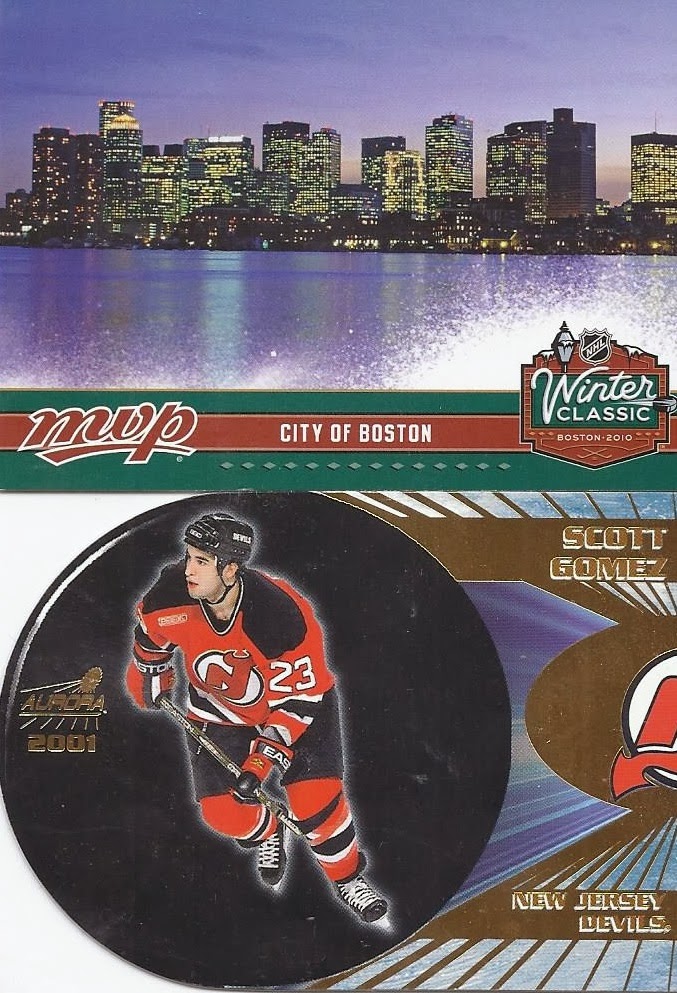 These were the two visible cards. The Gomez is a 'styrotech' card, and is meant to join with a second card for a combined two cards for the respective team. In this case - Martin Brodeur. The cheapest I can find is $7.50, so Gomez will likely be forever alone. 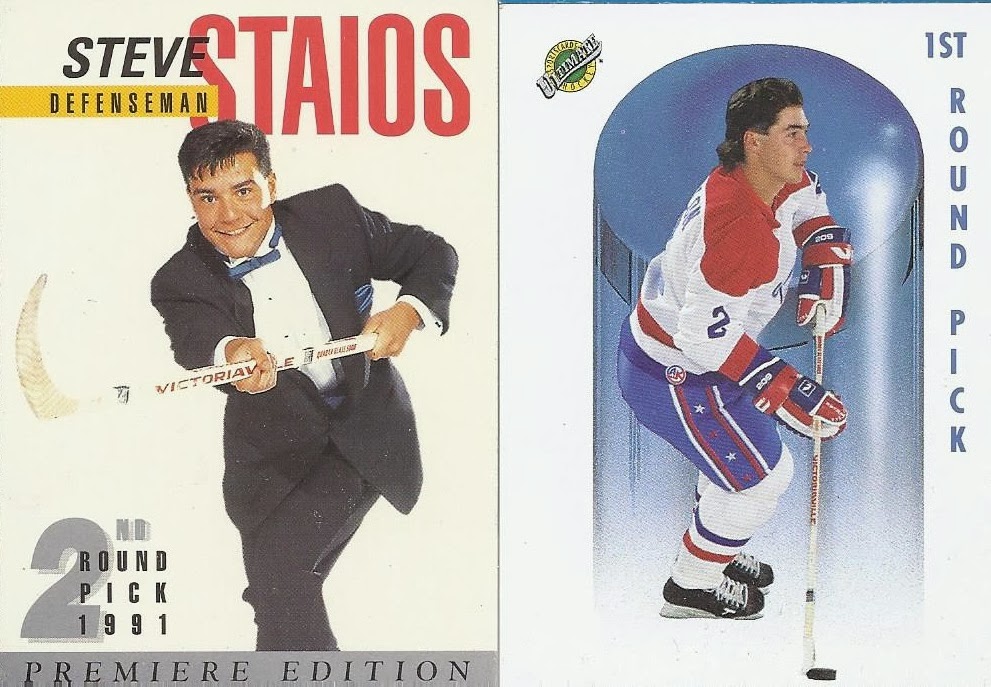 You knew there would be some of these. These were the only 2 from these repack mainstays, but 10 1990 Bowman made up for that. 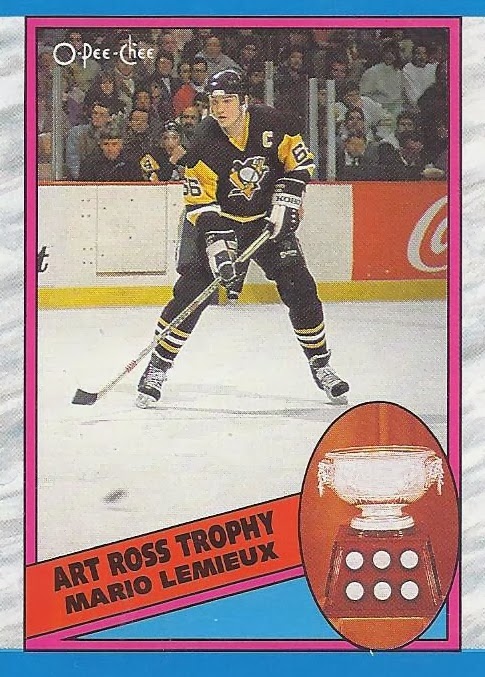 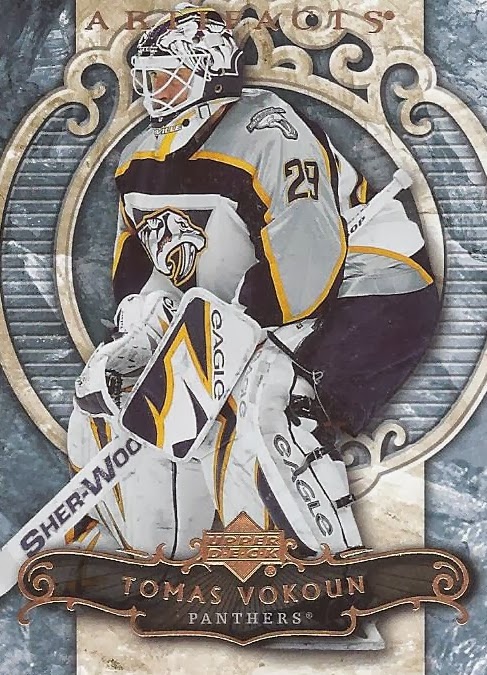 The only mask binder card among the 25 was this one. It's a nice shot of it, but it looks really bad combined with the ugly Artifacts background. 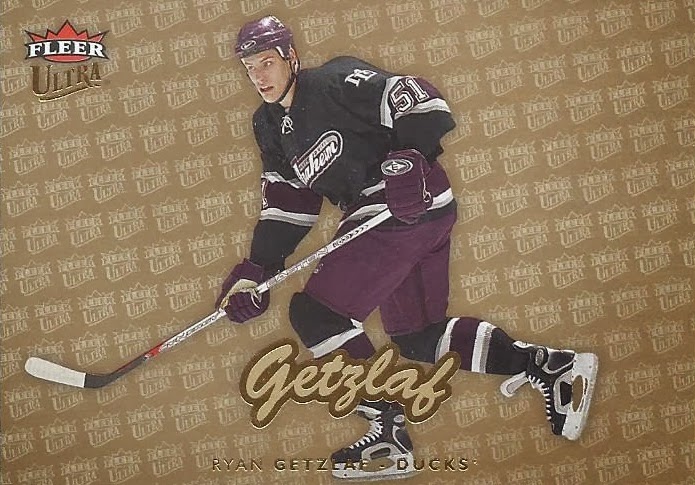 If you're goonna wipe the background, you could at least do it like this - in a manner where it doesn't hide the player. 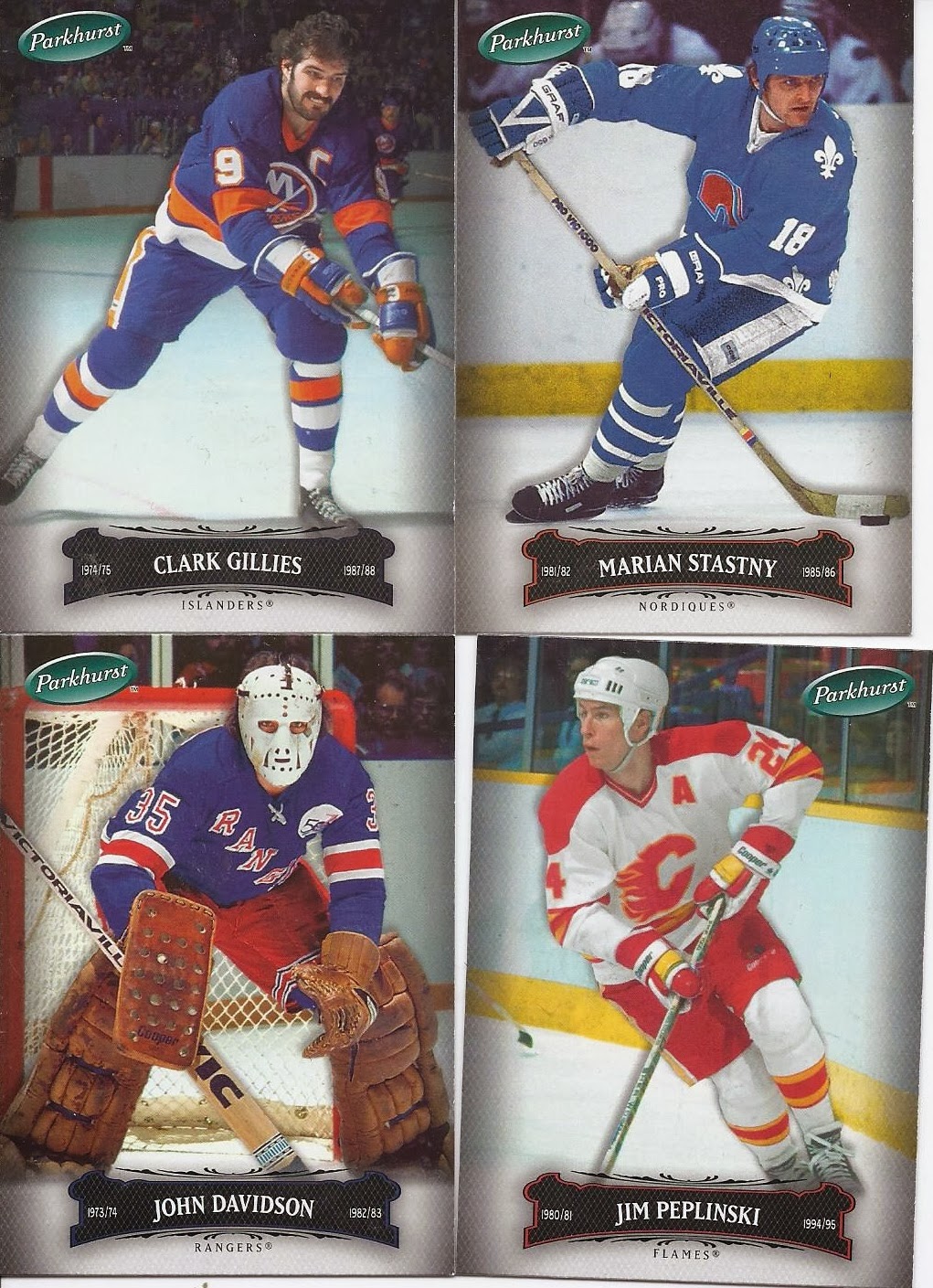 Here's the Parkhurst pack contents. Marian is always the one who I could never remember when trying to recall who the three Stastny brother were. Peter? No problem. Anton? No problem. Marian? Problem. For me, he was to the Stastny family as Rich was to the Sutters. 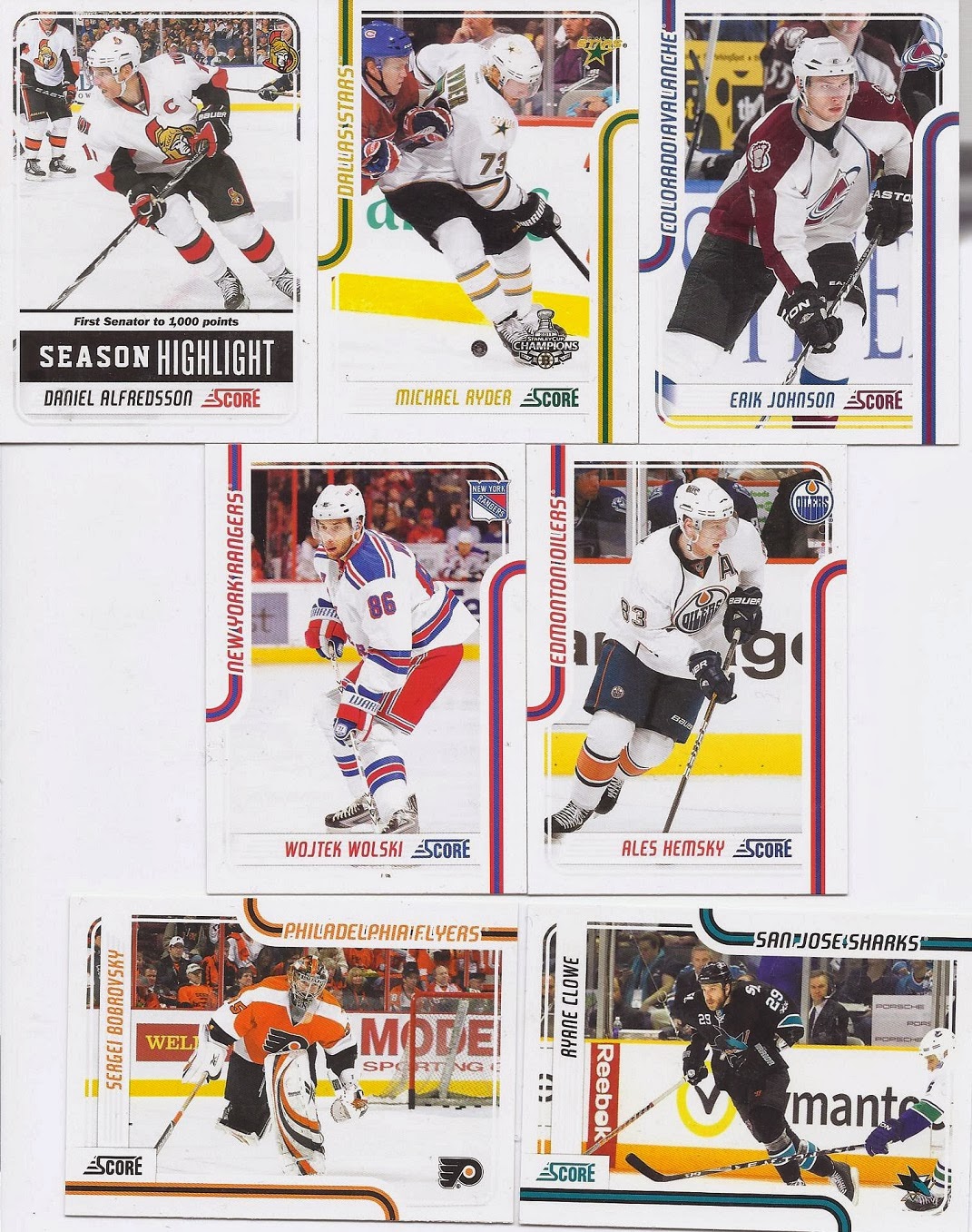 And here's the Score. The Alfredsson one, which commemorates his 1000th point as a Senator, is a likely candidate to make my top 50 Senators card list, which will be happening sometime next month. Not too high though, due to an UER on the back. 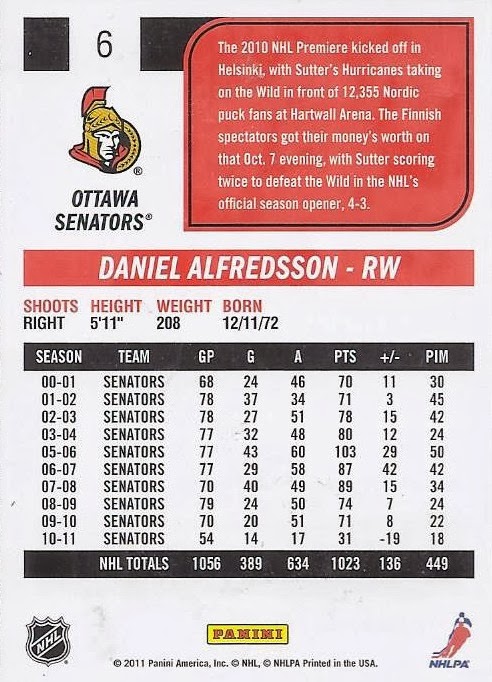 I'm not sure what a game in Helsinki has to do with Alfie's 1000th Senator point. At least the stats match.

$5.00 in fun value? I don't think so this time around. The error on the Alfredsson really killed my enjoyment level.

Posted by buckstorecards at 14:00