Trade and a Pop Up

This great envelope rolled in the day before the Expo. So, with a day of card hunting and a day of sorting. I'm finally ready to post this.

But first, if any of these Zip Codes look familiar, you'll be getting either a bubble envelope or a PWE with some Expo goodies inside. Several more packages went out last Thursday and Friday, so I'm doing my part to keep Canada Post afloat.

Alright. Administrative nonsense aside, off to the cards. There was a nice mix of hockeys and baseball, containing random wants and cards for the various collections I'm building. 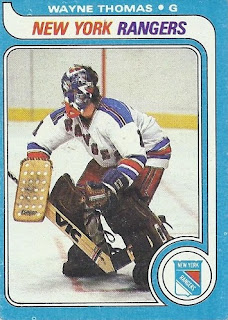 There were about a dozen cards on their way to the mask binder. This one is easily my favourite addition. Proof that a card doesn't have to be recent to contain an interesting mask photo on it. 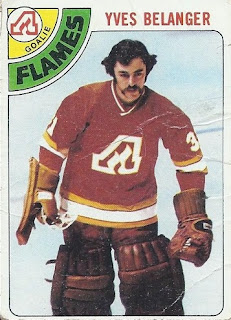 This one is off to one of my misc. binders. Another incredibly 70s card. And another card that went on my zistle wantlist after seeing a picture of it. 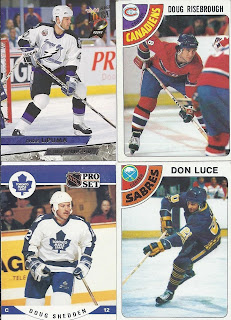 A quartet of cards for my Kitchener Rangers alumni Frankenset. Combined with the Expo, that wantlist dropped to 10. 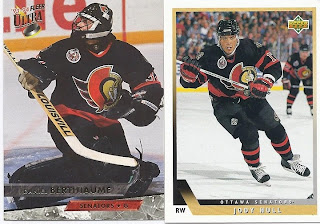 And when combined with the Expo, the Senators Frankenset wantlist now stands at 27. 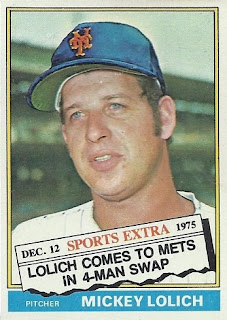 There were Mets as well, highlighted by this airbrushed Mickey Lolich card. Having pulled a Golden Age card of Russell Johnson out of a dime bin the next day, that's two straight days of picking up a card of a guy that was in a MSTed movie. Incredible Melting Man for the former, This Island Earth and The Space Children for the latter. TIE is even mentioned on the back of the Johnson card. 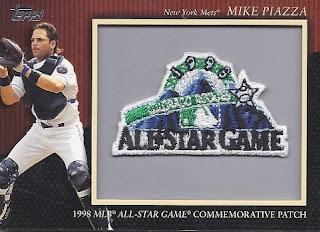 Also among the Mets was a manupatch from Mike Piazza. I'm not sure what Piazza did in the '98 ASG to warrant patch status. Still, a nice item for the front of my Mets binder(s). 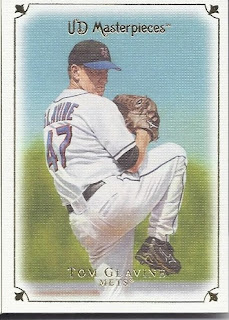 A nice Masterpieces of Glavine as well. Sure, nobody thinks of him as a Met before a Brave, but my binder won't complain.

And a trio of update/traded Mets from one of my favourite designs.

And, now, off to the Blus Jays. 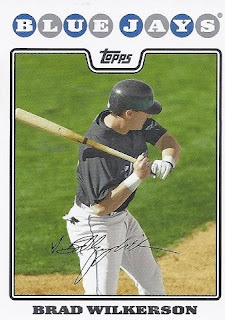 And with this, my wantlist for at least one of every Blue Jays card ever drops to 5. 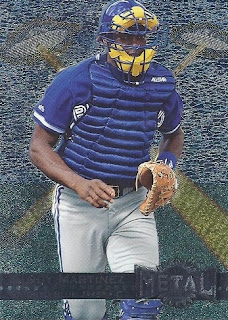 A backup catcher about to be kidnapped by spaceships? Why didn't I have this card before, and, more importantly, why don't I have a 5000 count box filled with this card just so I can savour its awesomeness daily? 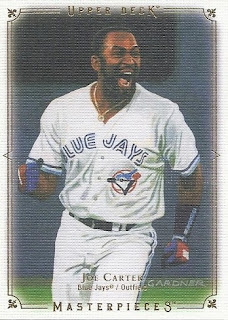 Incredibly, I had a parallel of this. But not the base card. Until now. 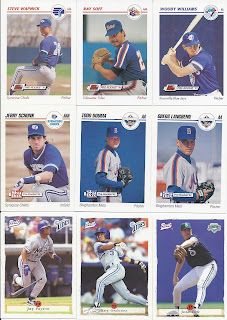 And to wrap things up, a nice collection of minor league cards, both of guys who did and didn't reach the bigs. My faves of this bunch are Jose Pett (the first Brazilian to sign a pro contact, and whose name made the news when Yan Gomes became the first Brazilian to play in the majors) and Woody Williams. For the latter, it is because an AL pitcher is posing holding a bat.

Thanks for the goodies! I'll start to dig into the Expo stuff tomorrow, and for the weeks to come.

Posted by buckstorecards at 16:15