Since it is Memorial Day stateside, I was hoping to find some sort of star-spangled mask in my goodie box. Nope. So, I'll have to post a quartet of card of players from US based teams instead. 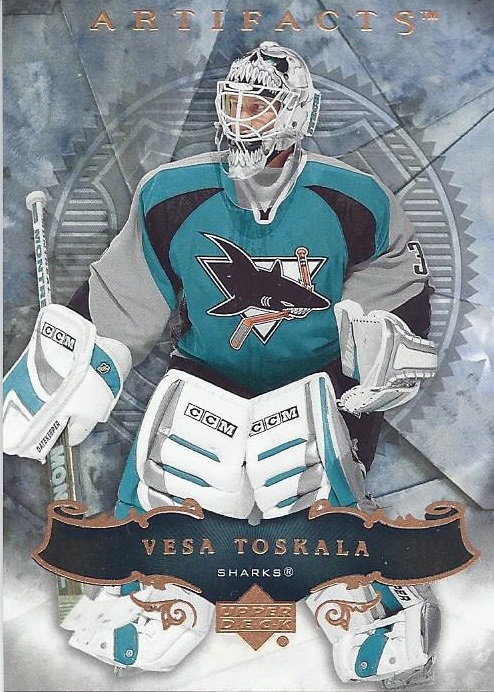 Thanks to the dribbler that got past Tuukka Rask last week, Vesa no longer holds the title of the guy who let in the most embarrassing goal in recent memory. The only question is which goal did it unseat. Was it the Lydman goal for Buffalo or the Rob Davison goal for the Islanders? 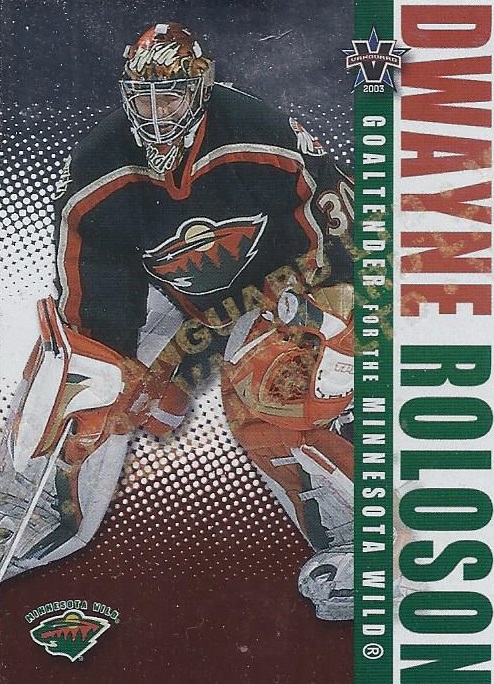 Time for another appearance of Rollie the Goalie from one of his many stops. OK. He only played for 6 teams, but it seems like a lot more. The card is #d to /450. Yay. I guess. 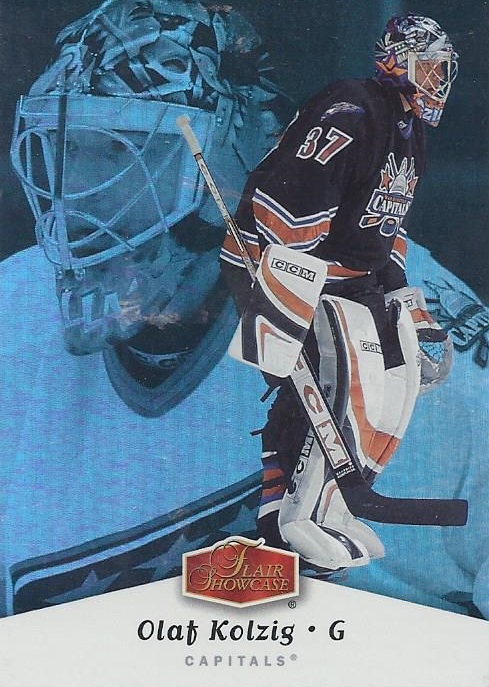 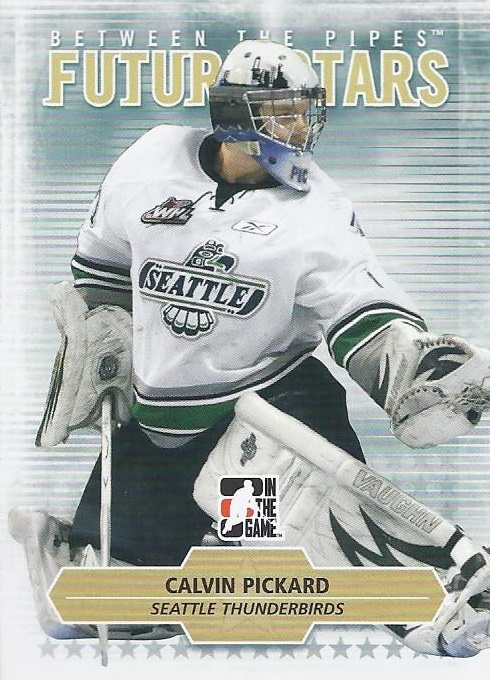 A seaside scene in Seattle. Why not wrap this one up with a tongue twister? Calvin's a prospect in the Avalanche system, but has yet to make an appearance for the big club.
Posted by buckstorecards at 08:57