And I keep working my way though the box. Thanks to the fine folks at COMC for giving away boxes at the show. It's like they just knew! 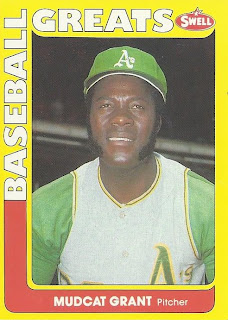 If I ever, ever reach a point in time where I don't pull a card of a guy with a nickname like "Mudcat" from aq box, it's a time where I've lost the will to collect. 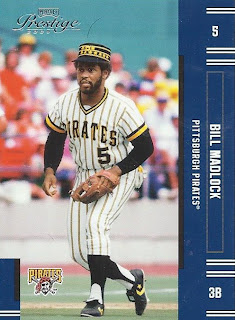 Yup.This was all about the hat. And probably a few too many pinstripes. 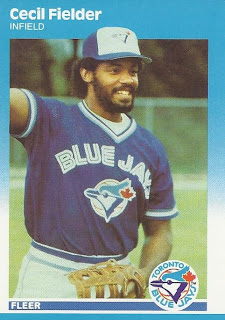 An Update card of Cecil Fielder from 1987. I've got plenty of Cecil cards from his time with Toronto, but none where his position was merely listed as 'Infiield". I don't think anybody in Toronto, even back then, would envision Cecil as a shortstop. 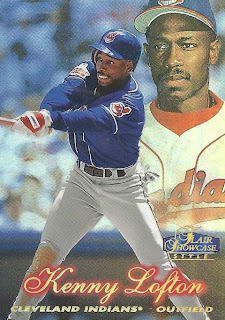 One of those cards that ended up in the box at the end of the day, but I'm not certain as to why I picked it up. It is a nice one, though. 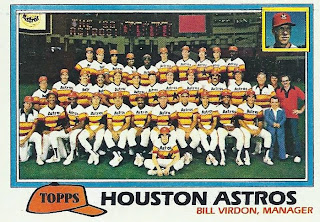 I picked up several of these 1981 Topps checklist cards. I'm sure you, like me are wondering the same thing. On the right side of the photo, is that a child or a dwarf? 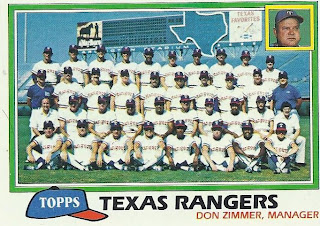 Ah, a cigarette ad on a baseball card. There's something you don't see at all today. I'm not talking about the Marlboro billboard. I'm talking about the fact Don Zimmer looks to have several pounds worth of tobacco hiding in one of his cheeks. 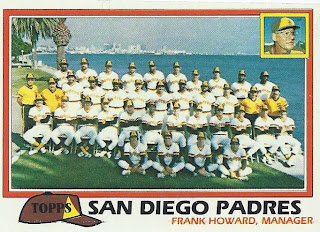 Most of the cards were photographed at the respective stadiums. Kudos to the Padres for mixing things up a bit.
Posted by buckstorecards at 15:38