Will I get through the Spring Expo posts before summer arrives? Probably not, but I'll make an attempt at it with yet another mishmash of cardboard. 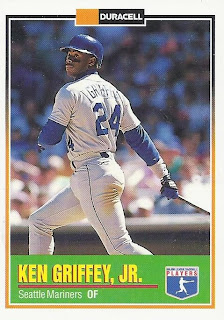 Might as well open up with an oddball. Picking up any Mariners era Griffey Jr card from a dime bin is always a win win situation for me. Picking up a goofy one from a set I'd never heard of - even moreso. 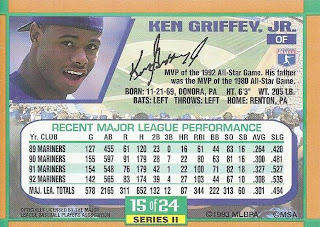 I really like the design on the backs of these cards as well. Far better than one would expect for an unlicensed set. Colours. A second photograph. A facsimile autograph. I guess the background picture could have been the Kingdome, but if that's my biggest complaint, it's a neat card. 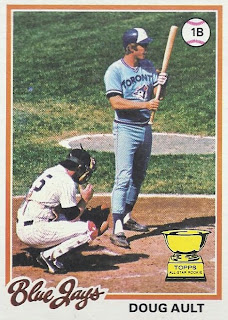 The All-Star rookie cup looks more like a spittoon here for Blue Jays' first-game hero Ault. A really sad story when one looks back at his life. Depression is a nasty opponent. 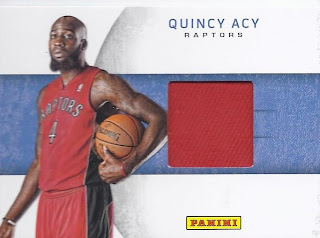 This was one of the relics I pulled from a 6 for $10 bin. It's actually one of two that I have left, having shipped packages to others in the card blogging universe. He's was a 2nd round pick of the Raptors, so the fact he played 20 some games for the Raptors this year is more than I'd expect from a  2nd rounder. Or it is an indictment of how sketchy the Raptors were last year. I'll lean to the former, but only because the post season resulted in this photo. Quincy Acy > Me and you. 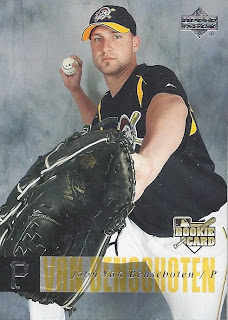 I couldn't tell you anything about John Van Benschoten, but you have to love this photo. When I first saw the card, I thought he was posing with one of those goofy novelty gloves. Nope. Just an extreme close up. 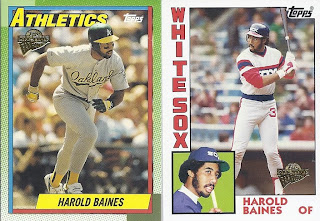 As I stated in an early post, many of my baseball purchases came from the Fan Favorites set. I'm not sure why I grabbed two Harold Baines cards, but I did. If the 1990 Topps cards from this year's Archives look like this one, working with the team colours, I'll be a big fan of that base set portion. 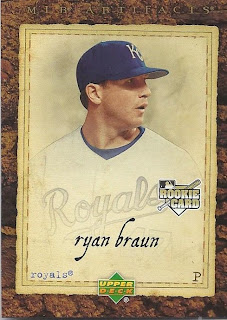 I'm probably the only one that would rather collect cards of this Ryan Braun as opposed to that Ryan Braun. Hey. He's the only player born in my hometown. Although we now have Scott Diamond from just down the road. 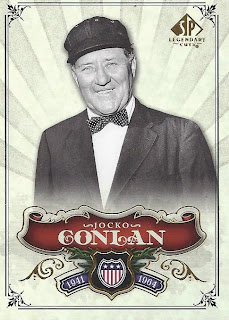 And to wrap this one up, a completely random card of a Hall of Fame umpire.
Posted by buckstorecards at 18:15