Not exactly Masked Monday, but here's a small pile of goaltender cards I picked up at the show that will make my misc hockey binders. 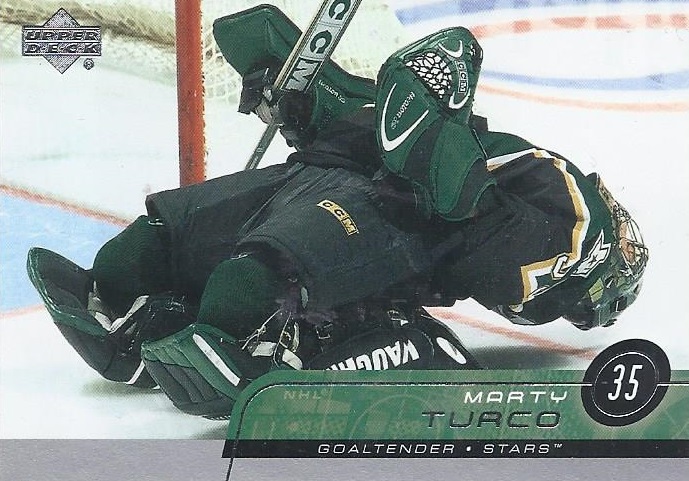 This was one of several cards were ones that made me think "WOW!" when I was going through the boxes. This certainly was one. I had no idea Marty Turco was the disturbingly flexible. 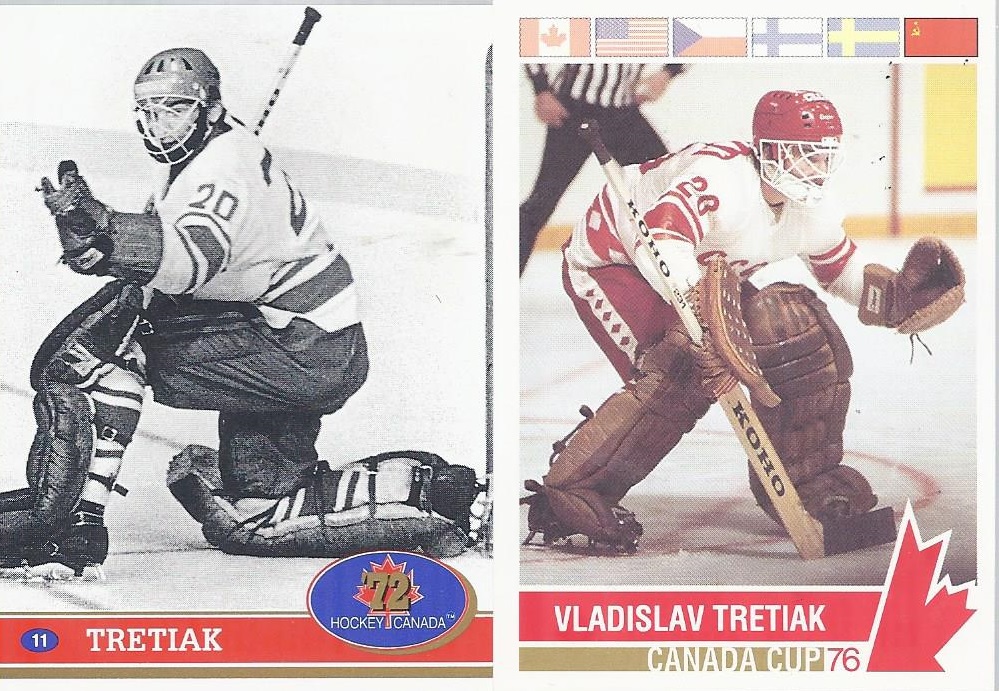 These were both in the same sleeve for a dime. I don't really care that they're from the junk wax era. These are two cards of a Hall of Famer that really doesn't have too many cards on this side of the pond that aren't part of an ITG set. 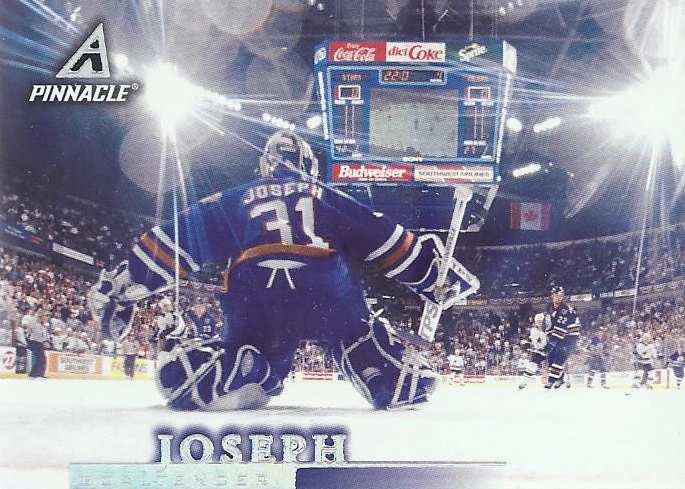 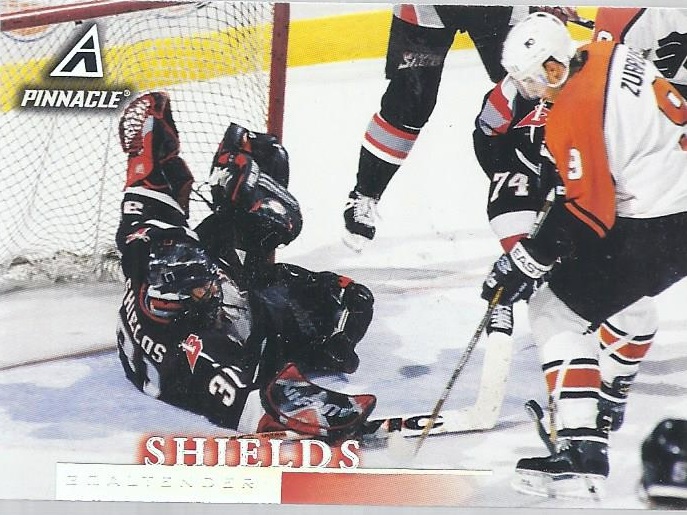 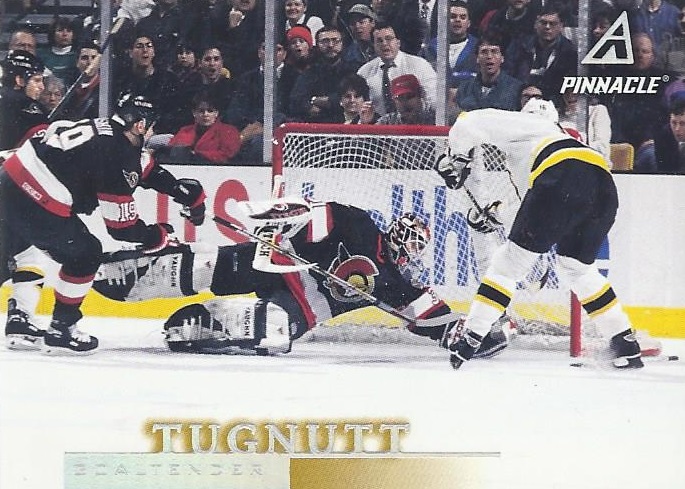 Although I only really looked at goalie cards, 1997 Pinnacle looks like a set that would be a ton of fun to flip through. In fact, I did on zistle and ended up adding some more base cards from it to my wantlist. While it isn't all mind-blowing photography, there's still a lot of beauties in that set giving me many binder-worthy candidates. 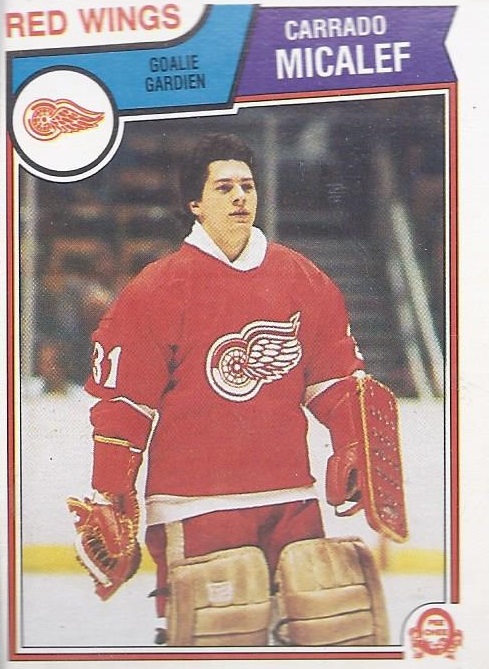 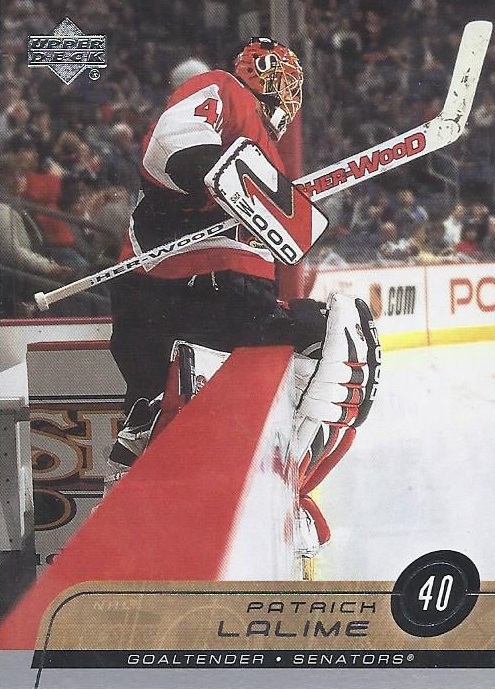 No Marvin the Martian? Blasphemy! Neat shot, though. 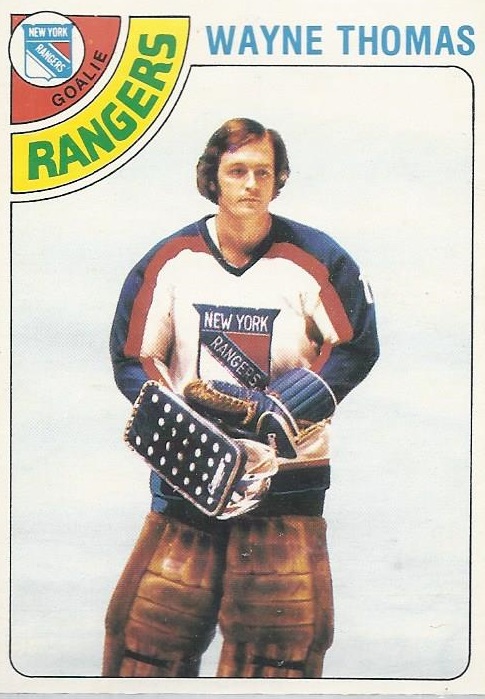 I didn't have any cards featuring this mistake of a Rangers uniform until getting this. If he didn't play in over 40 games the previous season, I'd almost think this card was airbrushed. 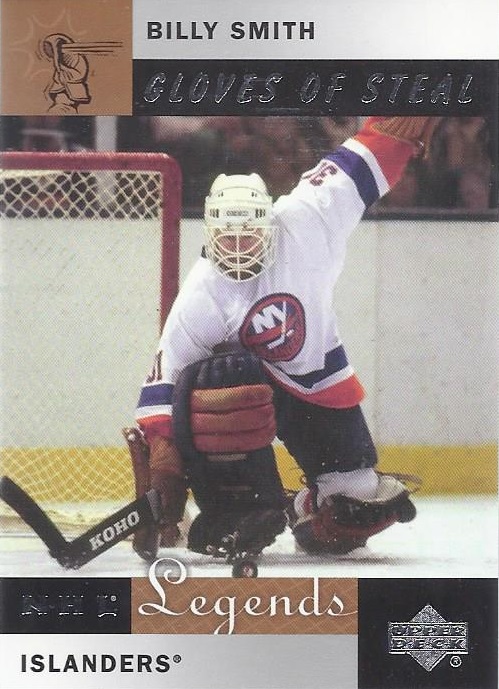 Cheap puns forever! Or at least as I way to wrap up this post.

Posted by buckstorecards at 15:16