The surprise for me at the Expo was that I was pretty much able to avoid the siren's song for me that is the repack. With two exceptions. I came across a table with team bags filled with various teams inside. Of course, I grabbed two Mets bags. They seemed to be divided into two themes. One had rookie cards, the other had the veterans. I ended up with about 70 cards for $2.00.

Time to dig in. 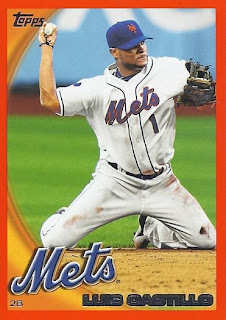 I wasn't expecting anything resembling a hit, but this /299 card was in there. Unfortunately, it is of a player for whom the most vivid memory of his time with the Mets was an error in an interleague game against the Yankees. 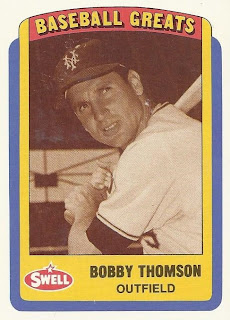 I'm not sure how this card made it into a Mets package, considering he played his last MLB game before the Mets even came around. I'm still glad to add a card of a player who is part of one of the most famous moments in baseball history to a binder.

And if you want to see Ralph Branca like you probably haven't seen him before, enjoy seeing him as a contestant on the game show Concentration. This wasn't part of a celebrity edition of the show. It was just him playing in the show's tournament of Champions as just a regular contestant.

But there was a Swell card of a Met in the package. 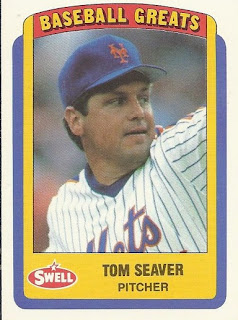 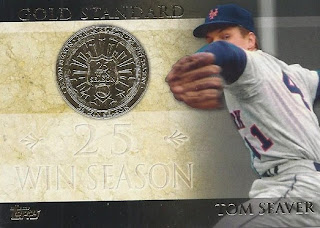 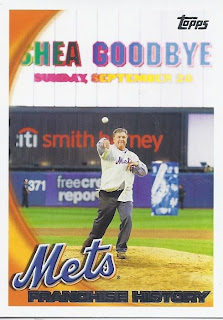 And yet another. I've get a good number of these cards. I don't think I'll ever have enough of them. It is a beauty. 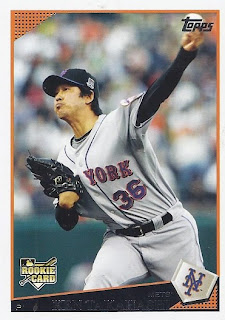 How can anybody dislike coming across a rookie card of a 40-year old player? OK. He probably isn't a rookie in the purest sense of the word. It is still a neat card though. 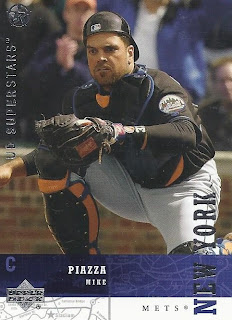 And rookie cards of 3 guys who don't appear to have ever made the bigs. Although I won't be constructing a Frankenset of every Met who has ever had a card, they are nice additions for completeness' sake. 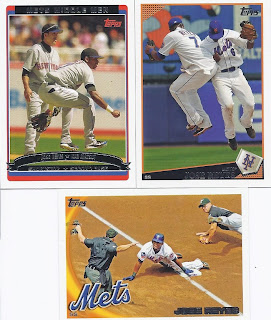 But it was Jose Reyes that easily won the photo battle for the repacks. With these three leading off, it wasn't even close. The 2010 Topps Josh Thole was the only other contender with a shot.
Posted by buckstorecards at 08:34