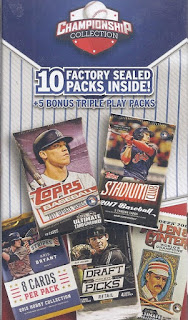 Since it has been too long since I've busted a repack (it's always too long between repack busts), here's a new one that made an appearance on the shelves of Wally World. Whether you call it 15 packs, or 10 packs with 5 bonus packs, that's a lot of ripping. And these are the packs in question:

And there was also a bonus Ohtani card contained within: 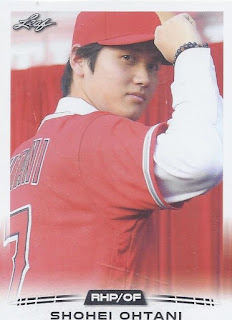 I guess unlicensed Ohtani is better than no Ohtani at all. Time to cover the rest of the packs chronologically. 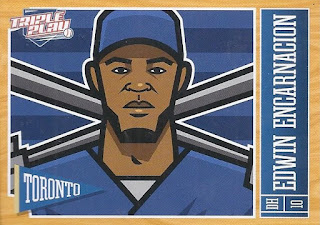 I'm pretty blah on Triple Play, so here's the only PC card out of the 5 packs. 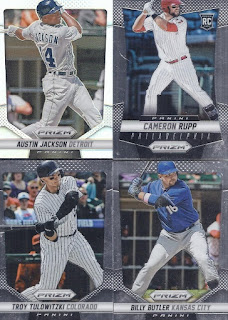 2014 Prizm was one of those sets that included some sort of starch in the packaging to make the packing out process easier. At least I landed something shiny in the first pack. 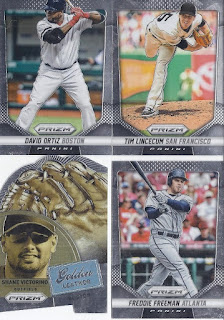 A die-cut insert in the second pack. 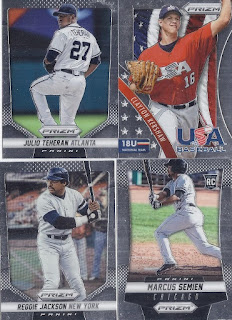 And a patriotic insert in the third. Despite the lack of licensing, that Reggie is a nice-looking card. 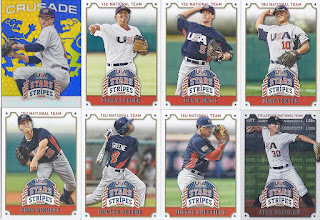 More patriotism from this Stars & Stripes set, including some cards of recognizable names in pre-MLB form. 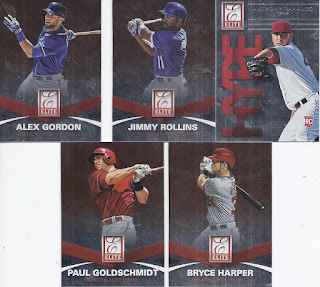 Elite looks pretty dull, and I doubt even MLB licensing could make the base cards interesting. 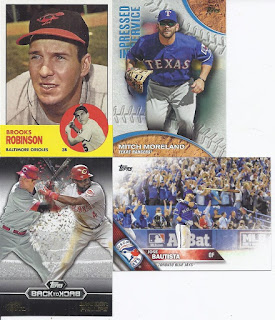 2016 brought some inserts, including a new Votto for my CanCon collection and a Pressed Into Service insert I didn't already have. Plus there's another bat flip card. A good number of keepers from one pack! 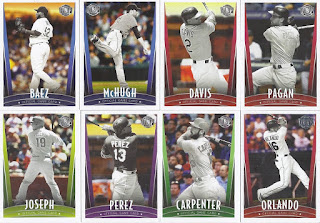 Honus Bonus was there. At least I have some oddballs for the team collectors on my trade list. 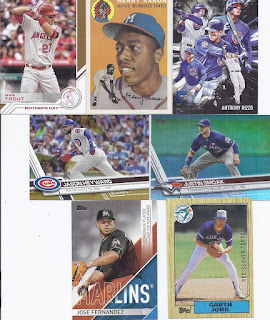 And Series 1 from 2017. Inserts and parallels are always welcome, especially when they're new cards for my Blue Jays collection. And to Shoebox Legends, I've already looked. It is card #751, and that wasn't needed for the Frankenset. 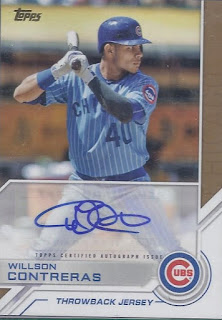 This is a pretty good way to wrap up a repack post. A hit popped out of the 2017 pack, and it was actually the first pack I opened. I was kinda upset that I ended up starting with this pack, as I just knew it would be all downhill from here. The hit is even better when it is combined with a throwback uniform. If I'm reading the odds on the pack correctly, Salute autos fell at a rate of 1:1773 packs. What a great card to beat the odds with!

And there you have it! It is probably influenced by the hit, but I can see myself trying another one of these.
Posted by buckstorecards at 06:52