And now, all 80 cards from the baseball hanger. Because I have other stuff to get to. 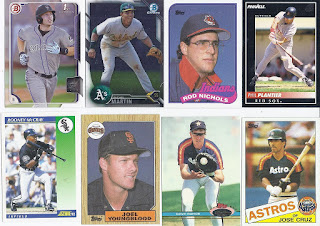 Here's the first 8. The horribly photoshopped Brian Mundell was the visible card. I'd also picked up that Rodney McCray card previously from COMC, since the back of the card mentions his infamous run through the fence during a AAA game. 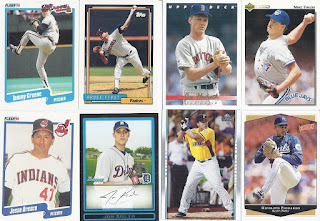 The first of my team hits makes its appearance. 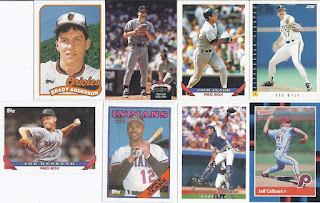 An interesting photo on the Cabrera is easily the highlight in this group of 8. I've also gone back-to-back with scans that include a Joe Hesketh card. 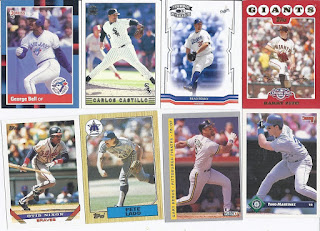 The Carlos Castillo is the interesting one in this group, as it is one of the bilingual cards. I wonder if Pacific collectors learned Spanish the same way I learned French. 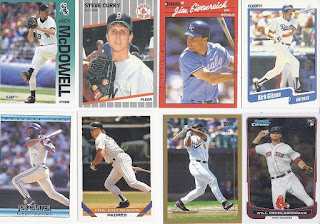 That Will Middlebrooks chrome rookie would probably have been a good pull at the time, even for a base card. Today, it is a visible repack card. I don't think I could have told you he's in the Phillies organization on a bet. 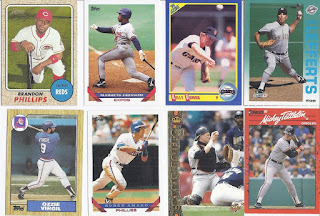 Heritage is always a good way to start off a repack. Being able to follow that up with an Expos card and a play at the plate card is even better. 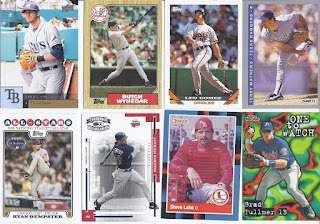 Now that is a card with a background worthy of a Diamond Kings card from 1989. Unfortunately, this one is from 1998. 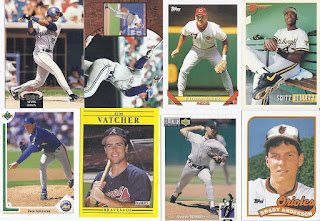 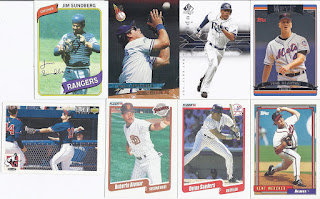 Jim Sundberg's card is the oldest one in this repack. Gregg looks like he's about to get beaned by the Fleer Ultra logo. 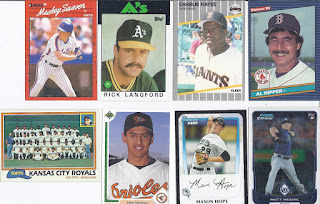 That's the end, and the team card is a really nice way to wrap up the scans. But I figured that the back of the Chito Martinez was amusing enough to scan. 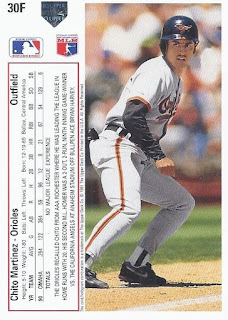 That might be the vaguest hometown ever listed on a card. I guess there are no cities in Belize. Just a country.

And there you have it!
Posted by buckstorecards at 11:50