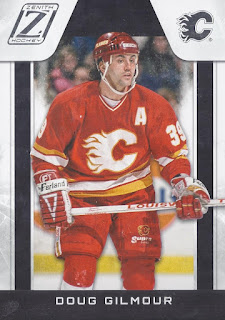 My DtT was a Flames card of Gilmour.

And the card hidden within was also of a player who moved from the Flames to the Leafs, although Keith never played a game in the NHL for them. He was traded as part of the Dion Phaneuf trade to Toronto, and is now in Germany.

The /999 rookie in the box was JP Anderson. He's never played a minute of NHL action, but his appearance as a backup goalie was still enough to warrant a card. You'll see him again when I recap my 2010 Between the Pipes boxes. 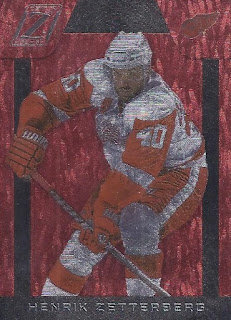 The Red Hot parallel. That's a lot of red on a card. 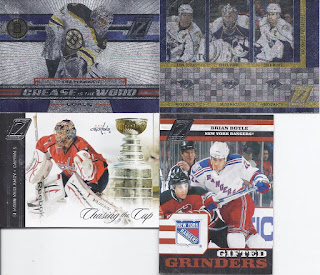 The inserts. The groan-worth pun of Crease is the Word is a dupe from yesterday's box. Collation! 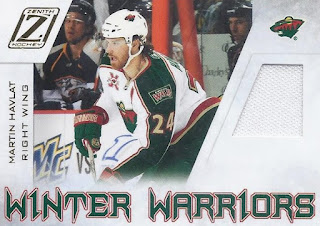 Another Winter Warriors card starts the hits off. 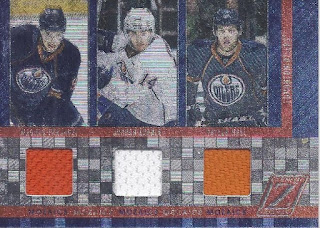 After the most common relic makes an appearance, here's one that's less so. The Mozaics have 3 versions of this, one with 1 relic (the Magnus Paajarvi) one with 2 (Magnus & Jordan Eberle) and one with 3 (Taylor Hall added). I've actually pulled the second one prior to this, so strangely I need the most common of the bunch to finish the set. 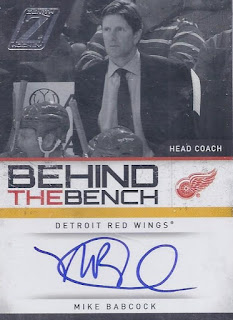 Both of the promised autos from this box were on-card, and this is my second BtB auto I've pack-pulled in this, joining a Bruce Boudreau. Apparently someone on ebay thinks this is some sort of HOLY GRAIL~, and has it up for $270.00 US. Wow.