All inserts! All the time! 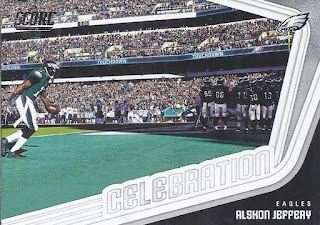 With a lower end set, one can expect a nice variety of insert sets, and this box delivered that at a rate of about 5 per jumbo pack. My fave this season is Celebration, which highlights the most unique TD celebrations. Here's 2/14 baby Alshon Jeffery and the Eagles with a bowling themed one. I also got the Packers' bobsled one. At only 10 cards in the set, I can see myself picking up the singles to complete this.

For great action photography, there's the All-Hands Team. A nice combination here of amazing receptions, and the unexpected nature of pulling a Josh Gordon insert in 2018. 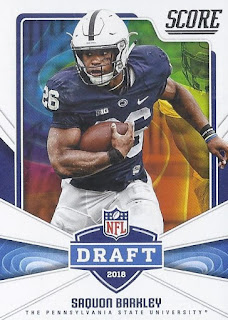 A rainbow background highlights an insert set for the draft, which is just another excuse for there to be some more rookies in the release. 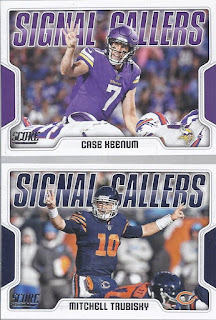 A QB-themed insert set sometimes uses the horizontal medium perfectly, sometimes not so much. 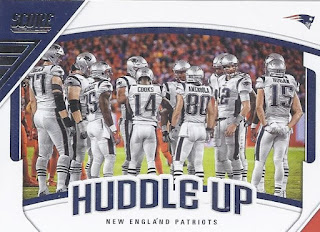 I guess you can't have a "lined up and awaiting the snap" card without a huddle card as well. 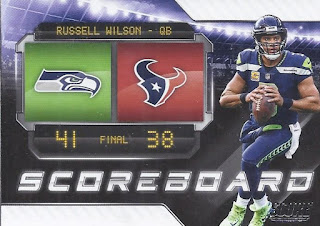 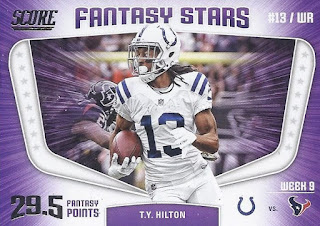 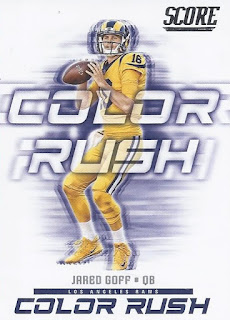 Color Rush! I'm kinda torn on this insert set between "Hey! Alternate uniforms!" and "Some of these combinations were really ugly." 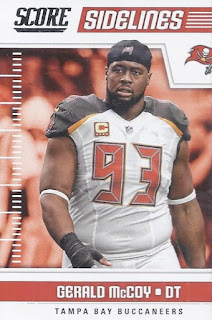 Horrible cropping notwithstanding, the Sidelines set covers off-field hobbies and interests of the players in some cases. In others, it is just them on the sidelines. Gerald McCoy gets the former, with his comic book love getting the mention. 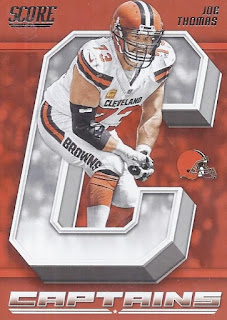 Captains? Exactly what it says. This is a nice farewell insert card for Joe Thomas.

And the autos. I seriously thought I was busting this box exclusively for my trade partners. 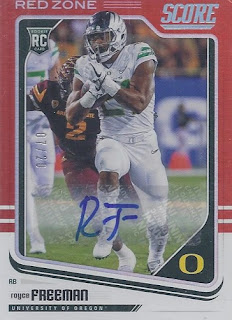 Here's the first one I pulled. An Oregon Ducks card? Perfect for Kerry at Cards on Cards. Freeman was a third round pick of the Broncos. 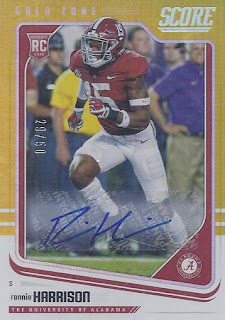 Another third rounder (Jags), and this one is for Tide-collector Wes! 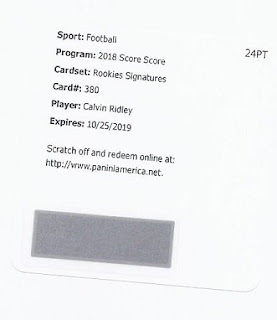 Even the redemptions fall in favour of my trade partners. Another Tide alum, this time in redemption form. He was a first rounder and will suit up for the Falcons. 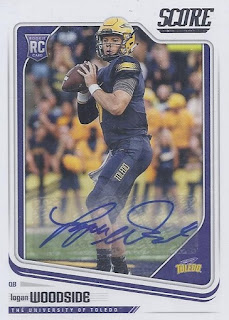 At least I don't know any Toledo Rockets super collectors. So at least one won't be traded out. So far.

And there's a box of football cards! From a hobby box to a retail repack tomorrow.

Posted by buckstorecards at 06:58