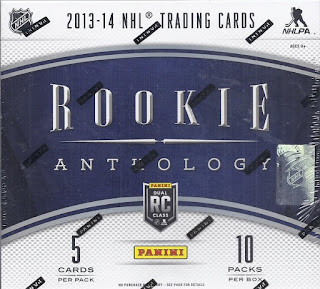 When in doubt, bust some RA! 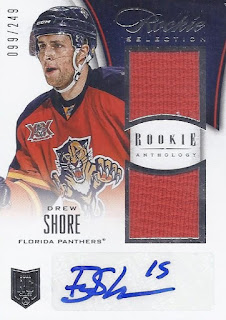 Since this is technically a base card, I'll lead with it. I was a magnet for cards of Drew Shore in 13-14, and that resumed with this box. I'd already pulled the prime parallel of this, so here's the regular version. 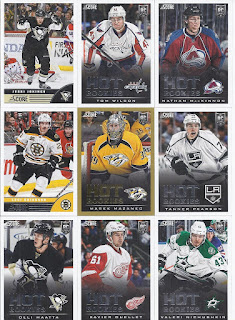 The Score Update inserts. Not that bad a group here with rookie cards of MacKinnon, Maatta and Pearson. 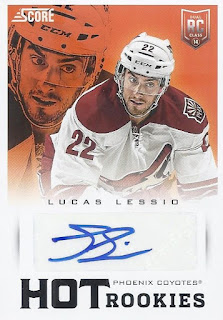 The second hit of the box is also of someone who is already playing overseas. 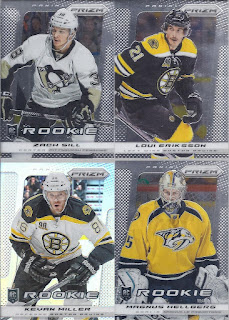 Prizm inserts. All but the shiny Kevan Miller were dupes. 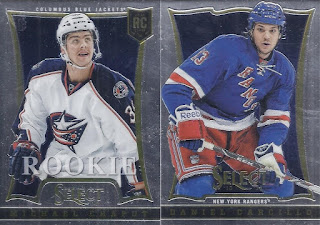 But both of the Select cards were new. 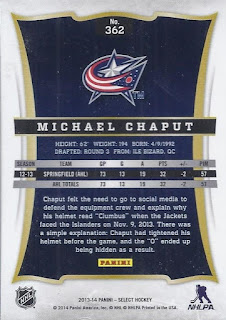 And the Chaput has an interesting story on the back of the card. Yes, you can find images featuring his time with Clumbus. 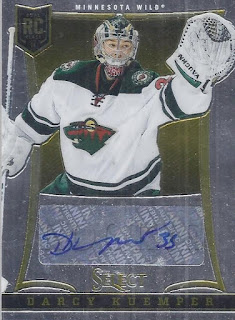 2 autos of Darcy Kuemper posted in 3 days. At least this has been an effective way in starting a PC. 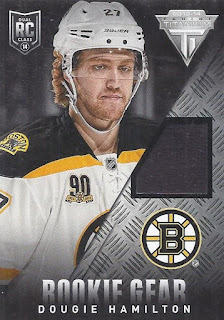 The final 2 hits were standalone ones that showed off the variety of sets covered in RA. It might only be a one-colour swatch, but at least it is of a decent player. 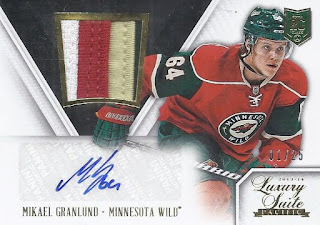 And your final hit is a darn good one. A relevant player. A four-colour prime swatch. There's an autograph to go with it, and I could even call this an ebay 1/1 as it is numbered 1/25. I won't do the latter, since that's idiotic. Plus, I'd rather keep this.

There you have it!
Posted by buckstorecards at 05:19