Yesterday, I called this the most consistent of the 10 boxes. Today, you see why. 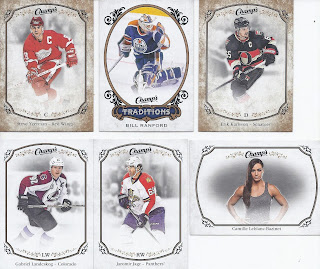 As a hint, these were cards that didn't make the top 10. 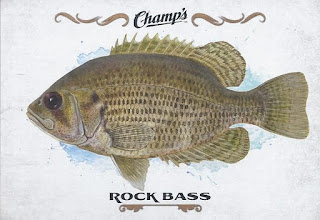 All 3 of the fish cards in this box were needs for that subset, so I just grabbed the first one that was on the pile for inclusion in this post. 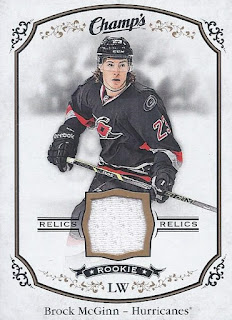 Another indication of the strength of this box is that one of hits only reaches #9. 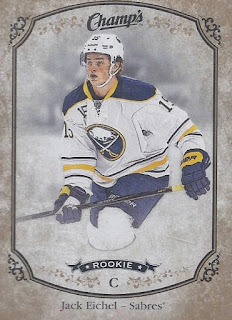 This parallel card should be higher, but it was one that gets knocked down lower by the fact I really never planned on keeping this. This one of maybe 3 or 4 cards that were immediately in my "off to COMC" pile, with several others making appearances as dupes. 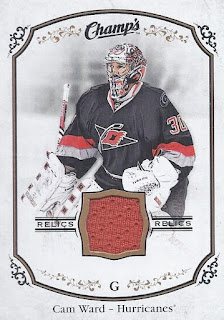 Another relic that should be higher, especially with it being the alternate jersey. 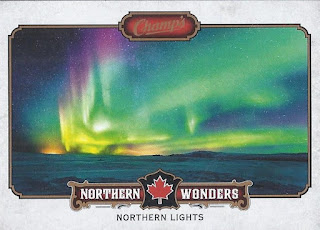 Not really surprising that the Northern Lights card would be the most colourful of the entries into the Northern Wonders series. 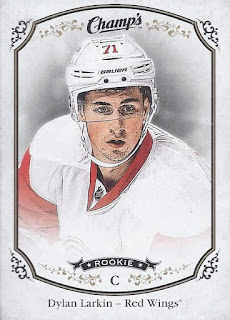 This was one of two cards in the set that I was glad I didn't need to purchase. 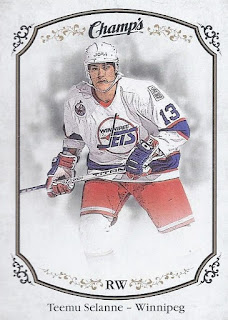 While the Larkin was the more expensive option for the base set card I didn't want to buy, this one does have have the classic Winnipeg Jets logo to elevate it. 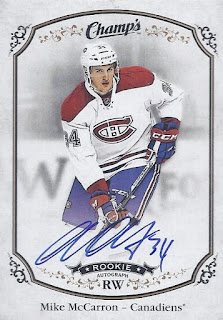 The autograph in the box. Mike's been back-and-forth over the past few years between the AHL and the parent club. 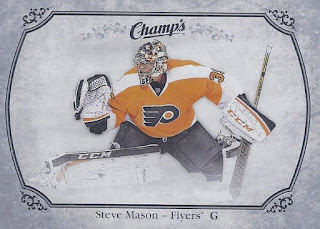 My final silver /25 parallel in the case was this Steve Mason. A Kitchener Rangers alum! 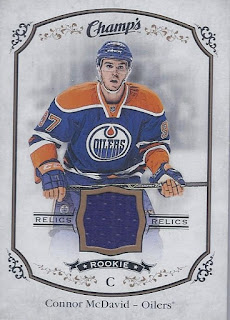 The best way to wrap up a 2015-16 box break is with a Connor McDavid card, and this is my first hit of his. Even his one-colour rookie swatches go for a a decent amount, but I think I'll be hanging on to this one. Interestingly, I didn't get the McDavid #315 base card in this box, which I was a magnet for when only busting one or two boxes at a time. So, this was his only appearance for me in this break.

And there you have it.
Posted by buckstorecards at 08:56