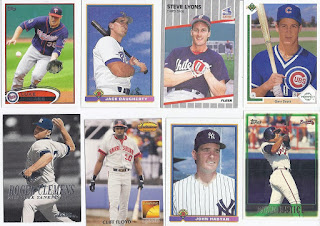 Not the most spectacular card visible to start this, but the pre-Expos Cliff Floyd makes up for it. 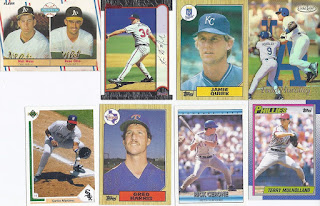 Gold Label is a little higher end that I usually get in these. That Weiss would have been a good pull at the time, but there's some mysterious stain on it and the less I know about what caused it - the better. 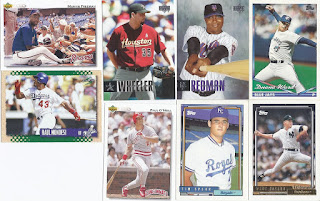 This is probably the strongest group of 8 in the repack. A great photo starts it, and it end with the a parallel that I think was one-per-box at the time. In between, an obscure Mets card, a Jays card, and a nice look at a uniform ribbon as well. Lots to like here! 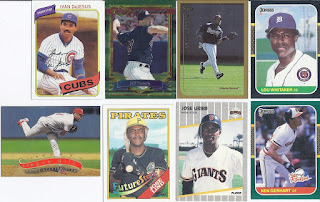 The oldest card in the repack makes an appearance with a trip back to 1980. The last addition to the team collections is shown in Finest form - another card a little more mid-range than I expected. 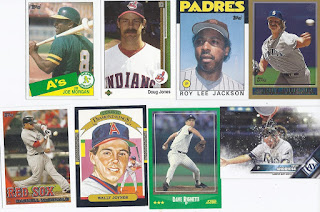 Hungry for donuts anybody? And some Gatorade to wash it down? A meal fit for a (Diamond) King!

And there you have it! The repack love moves to hockey tomorrow!
Posted by buckstorecards at 09:08