Dollarama 80 card baseball hanger time again, and like last time I'd rather scan the cards than type them up. Image intensive! As usual, I'm breaking this down into one post per 40 card side. 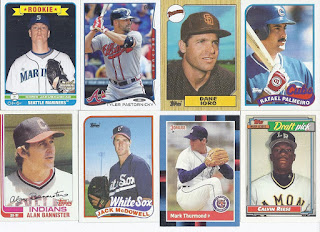 I wasn't familiar with the player in question, but starting with a 2009 OPC card is always a good way to entice me to buy a particular repack. Getting a Calvin "Don't call me Pokey" Reese early on is a bonus. 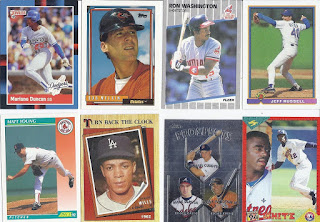 There's the first appearance of one of my team collection teams in this with Rondell White. The Prospects card is interesting as all three of the players went on to have lengthy big league careers. Good picking, at least for this card, as these things usually don't bat a thousand. 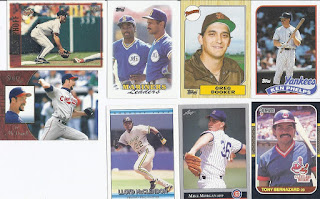 Greg Booker is a Traded card. Aside from the image loss on the Surhoff, that's about all that's noteworthy here. 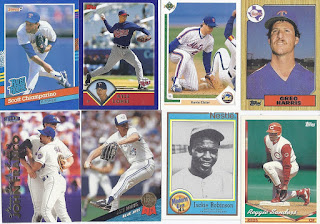 That John Franco card was on my zistle wantlist for a bit, before I picked it up via COMC. I recognize my foolishness in not scanning the back of the 1993 Leaf card. I'll just claim that the next card being a Jackie Robinson food issue was a distraction. 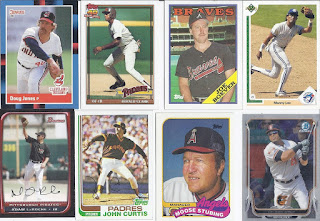 This half ends with a Chrome card. Getting some classic Padres brown also highlights this portion.