The trip to Dollarama ends with a couple Surprise Bags. 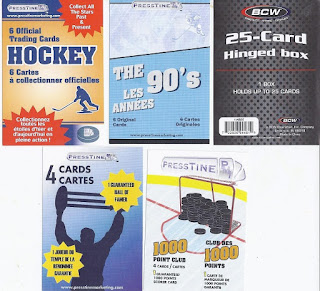 The contents in the bags were very similar. The top 3 items were in both of them, with the bottom two items being the only difference. With the content summary out of the way, time to show off the cards. 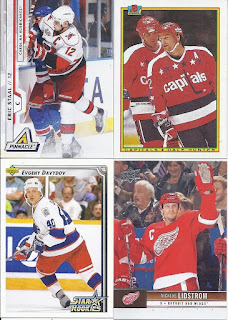 The 90s pack wasn't entirely junk wax, with the appearance of the Kyle McLaren card from the late 90s. The Clark Donatelli is also interesting, as he only received a card in this set and from 1990 OPC were his only NHL cards. 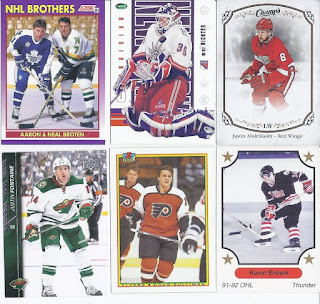 The miscellaneous pack included a Champ's base card. As if I hadn't posted enough of that product over the past few weeks. So, the big highlight here is Mike Richter with the alternate Statue of Liberty jersey, perfectly co-ordinating with the mask. 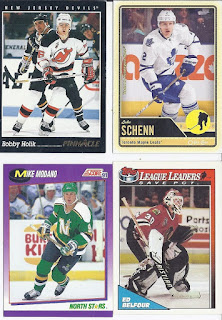 The HOF pack contained a pair of them. The Modano starts a theme for the remaining items. 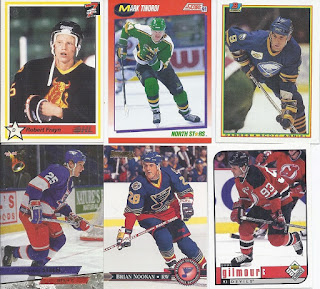 And that is 1991 Score cards of Minnesota North Stars. 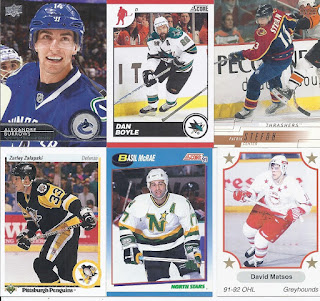 Since each one contained one - all from different releases, though. As for the non-NS content, there really wasn't too much notable about the contents. I guess that Patrick Stefan is my favourite in all of these, but that's mostly for the flop factor.

But there's the end of the repack content for the time being. Tomorrow, the hanger box of regret.
Posted by buckstorecards at 06:22