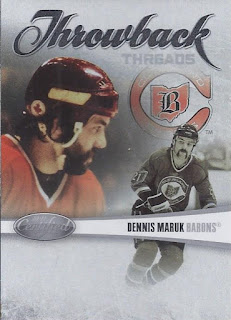 Starting with a defunct team will always be an acceptable choice. You get a nice look at the Cleveland logo, and combine it with skeevy 70s facial hair for a great card. 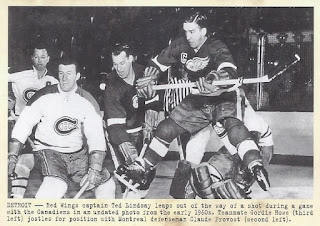 Another good choice for a card to pull from a quarter box - wire photos from 2011 Parkhurst. 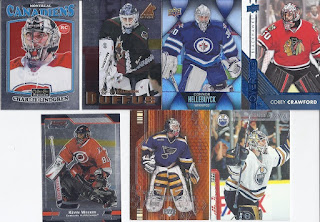 I did take the opportunity to grab a handful of miscellaneous additions to the mask binder. My favourite among the cards I got for the mask is the Charlie Lindgren, but my favourite card is the unfortunately-named Parris Duffus. 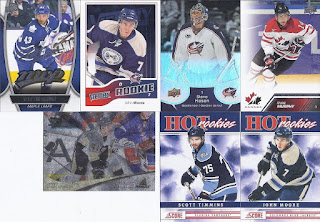 Here are some Kitchener Rangers alum. Scott Timmins, couch surfer extraordinaire, makes his debut in my collection. I'd actually had the autographed parallel of the Ryan Murphy in my collection prior to this, but not the base card. The Steve Mason is a McDonald's release. 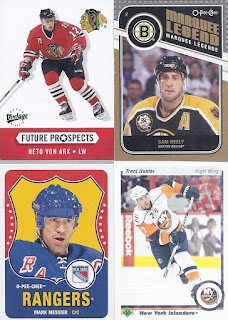 Aside from the Neely these were just random "I like this card" additions to the miscellaneous binders. Also, how could I pass on a card of a guy named Reto Von Arx?

Tomorrow, nothing but the hits!
Posted by buckstorecards at 06:00