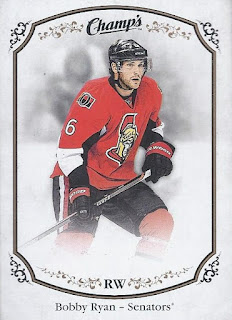 I really haven't gone too crazy posting the Senators content in this case, so I'll try and break that pattern with this box, starting with a base short-print. Set dupe, but not a Sens-collection dupe. 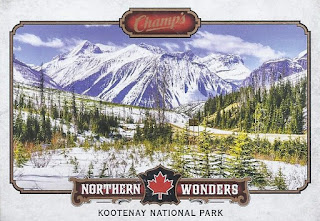 The dupes continue with this post, but Northern Wonders are always worth showing off. 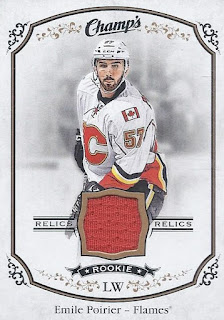 This box also had three relics in it and this one was probably the blandest of the group. He's only had 8 games of NHL, and has spent the past two seasons in the AHL. 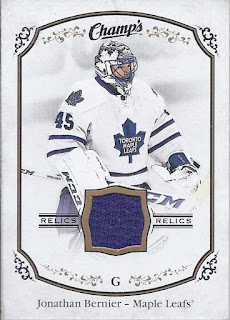 A Leafs relic when I'm trying to do a Sens-themed post. Oops. 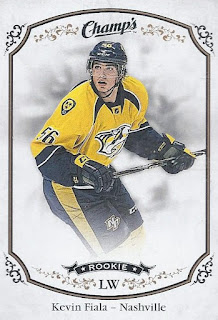 The Fiala is this box's version of the "card I'm glad I don't need to get off of COMC". While it is under $1 there, it is still nice to slip a card into an empty binder spt. 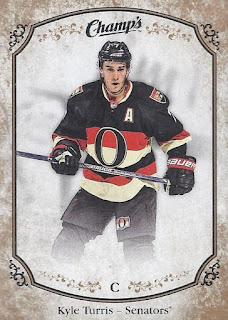 The second of the Sens of this post. A gold back parallel and Turris rocking the alternates? That's keeper material. 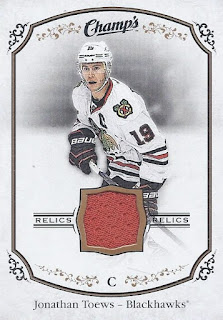 This is probably the biggest name relic I landed from the veteran portion of the set. These are listed separately from the rookies on the pack odds. Strangely, these are 1:30, and it was those I landed two of in this 20 pack box. 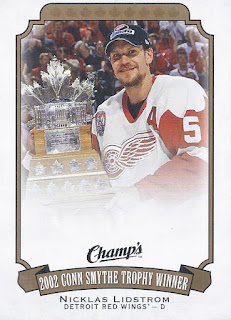 Like the #1 draft picks, the Conn Smythe winners also show up once per case. I easily prefer this to the draft picks set, but just for the appearance of the trophy. 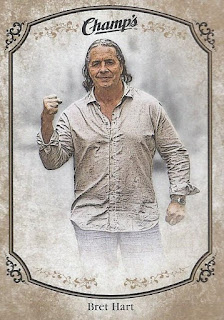 The second time a Bret Hart card has ended up in the #2 spot on one of these lists. It would be #1... 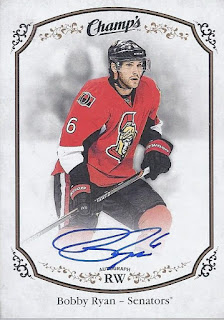 But it will not knock a Sens autograph out of the top position.

Box #8 tomorrow, and the 8th was probably the most consistent box of the case, and picking the top 10 was the most challenging of the case.
Posted by buckstorecards at 08:28