I have been seeing these repacks at Wally World since spring. 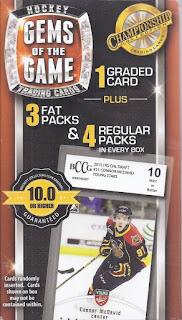 I pretty much knew from the start that nothing too amazing would come from this. But, it was a not-too-costly repack product, so I might as well try it. First up, the encased card: 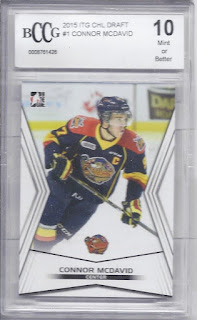 It is the player pictured on the box, and a similar enough card. I'd call it a sell-sheet hit based on those factors, but I have the sneaking suspicion that every box contains an Erie Otters card of Connor. 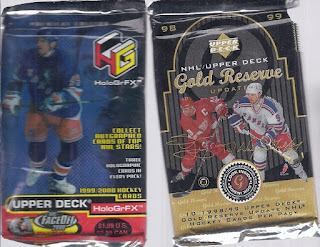 On the plus side, I've never busted either of these before.

And HoloGrafx is your loud late 90s set. The corners were dinged on all 3 of these, but at least I landed a new MacInnis for my Rangers alumni binder.

I've posted Score 2013 enough times that the base design might get burned to the screen if I scan any more, but I'll risk that when I get back to the RA case. But, for this, I'll just hit the highlights. 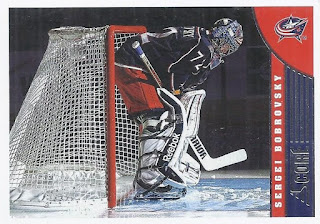 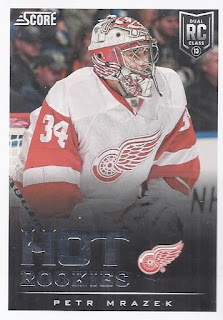 Favourite card? This Petr Mrazek that I'm sure I already have in my 2/14 binder, but will still check to be sure. 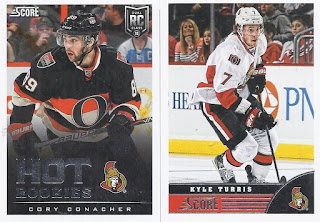 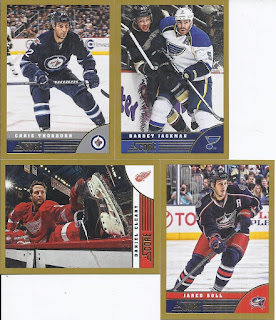 Gold parallels. Really like the photo on the Cleary. 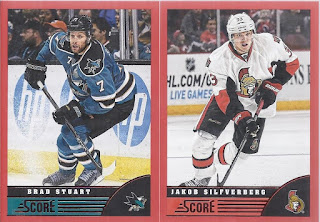 I haven't busted much retail of this, so I haven't acquired too many red parallels. And one is a Sens card! Bonus! 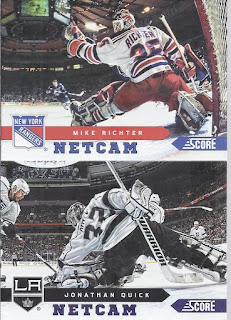 And a couple inserts. I love any time a card shows the famous, distinctive MSG roof. 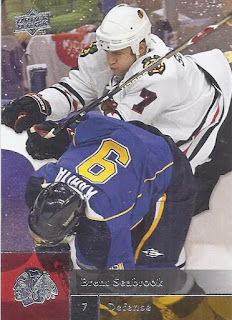 Off to the 2009 UD, where my favourite photo was this battle along the boards. 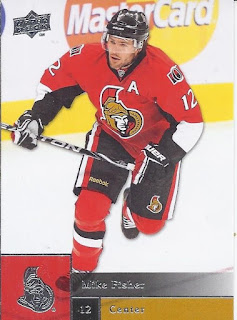 My only Sens card was this. 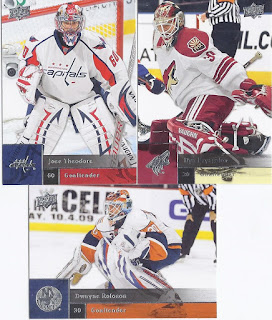 But the mask binder will get a trio of cards.

And these were the inserts in each. One Rookie Headliner. One Ambassadors of the Game. One Victory Update.

And now I can say I've busted one of those repacks. That should stop me from trying something new for at least a month or so (but likely won't).
Posted by buckstorecards at 03:33