It was off to the Dollarama about a week back to get cards of the greeting variety for Christmas. I couldn't make a trip there without getting cardboard photos of hockey players, so I hit that card portion as well. I was hoping for some $1 hangers, since they'd been pretty good to me as of late. Alas, there were none. So, a pair of Surprise Bags instead. 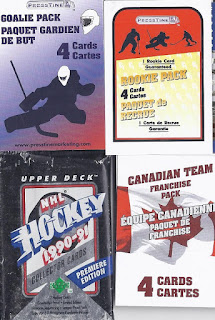 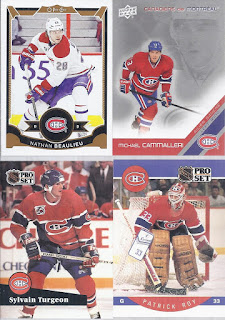 Here's the Franchise pack. I expected entirely early 90s cards, so the .500 average isn't bad. That anniversary card of Cammalleri will be in a future TMM mailer. 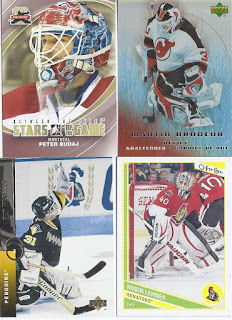 3 out of 4 for mask binder cards, with the bonus being the only cardboard reminds that Mike Lundin played a handful of games in Ottawa. 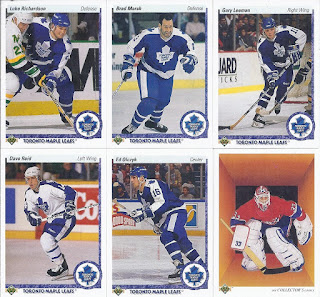 That was definitely a Leafs hot pack from Upper Deck. Plus you get the second appearance of Patrick Roy in the repack. 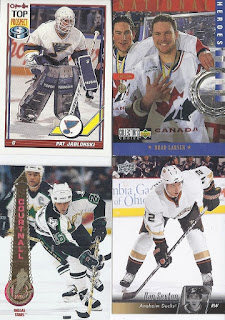 And the rookie pack. I'm not sure if the rookie was supposed to be Larsen or Jablonski, but I'm a lot happier about the former. 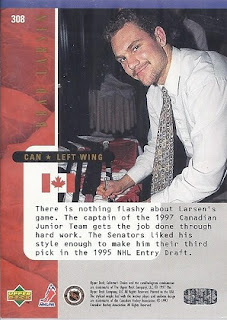 He was a Sens draft pick. He never played a game for them though, but did see plenty of action with the Avs and Thrashers. He's now an assistant coach in Columbus. 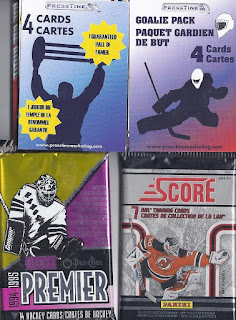 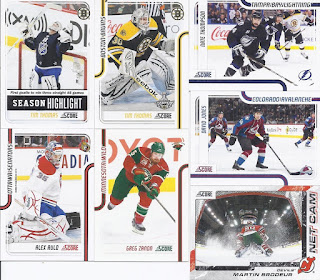 Another Sens card (my binder, my rules) with Auld, and a great Net Cam insert. 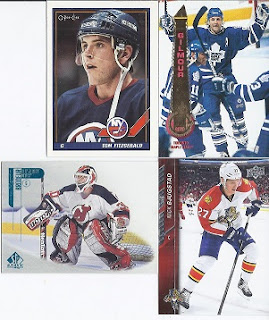 A current HOFer and a certain future HOFer. Another pretty good portion of this repack. 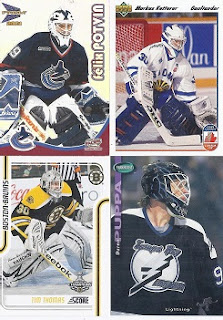 A couple more mask binder cards, and a dupe within a repack with that Tim Thomas. 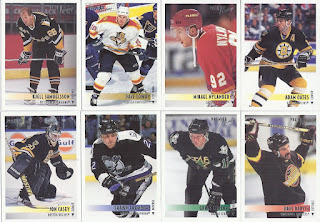 I was a little worried about the condition of the cards in the Premier pack, since my last repack that had a mid 90s pack had the cards come out as a solid brick. Nothing to worry about here, though. I really like the shot of Dave Babych mid-stretch, but the real winner here is 2/14 baby Dave Lowry. This becomes my 1500th card in my 2/14 binders. My 21st Dave Lowry helps me reach a nice milestone as the year draws to a close. 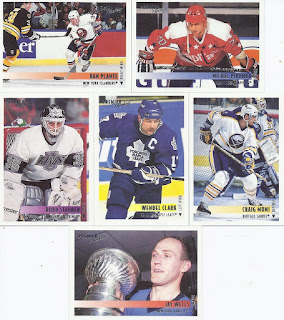 And the rest of the pack. Cropping a horizontal photo to include a defensive player makes for an interesting look on the Dan Plante card. Yet another mask binder card with Stauber, and it ends with an appearance of Stanley. Damn good pack as part of a repack.

And there you go. I finally return to my Rookie Anthology case with my next post.
Posted by buckstorecards at 07:33