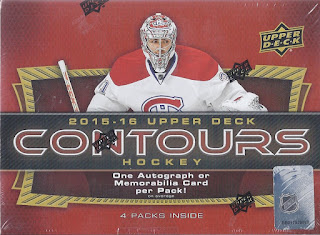 I decided to treat myself to a not-too-costle box of something for Boxing Day. I had it down to Champ's, Portfolio and Contours. I'd already busted Champ's, and didn't want to deal w/ more dupes. I'd already got the singles I want from Portfolio. So, I went with this.

I should have done Champ's. 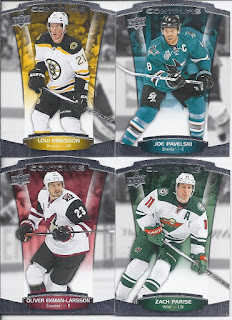 The base. An attempt to create a Crown Royale-ish set with some die-cut case cards. 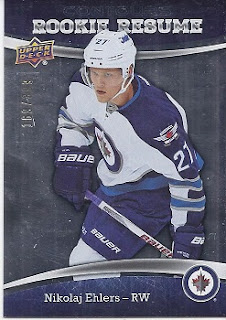 Not a bad card for my 1-per-pack numbered card. Ehlers is one of the honoured members of the 2/14 collection. That's my 11th card of his, and the climb to 1600 cards overall begins with my 1501st overall card. 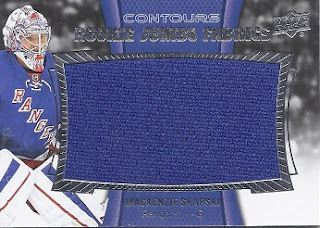 And the hit goes right into my masked collection. He appeared in 2 NHL games, but is now in the ECHL with something called the Greenville Swamp Rabbits. 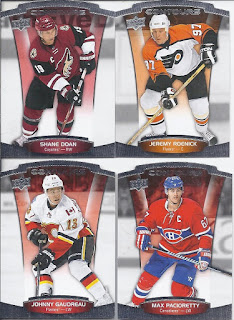 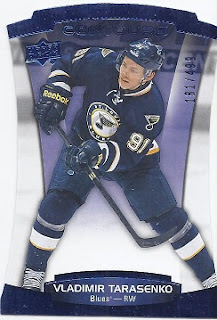 Here's the numbered card. At least it was a good name, and the blue design works with the uniform. 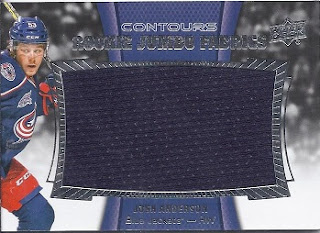 At least with Columbus having a good season so far, he might get some attention this season. 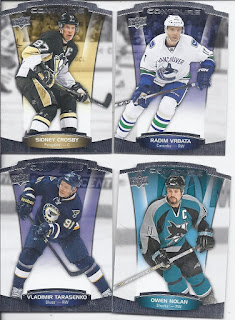 Your base. I always like when players you don't expect in a base set appear, and Owen Nolan definitely counts as unexpected. 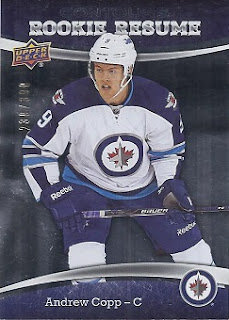 And a card for a future Too Many Manninghams mailer shows up as the numbered card. 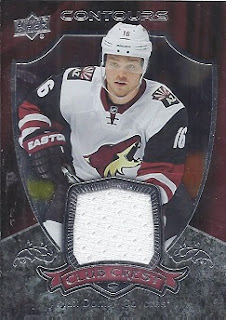 If you're going to call the subset Club Crest, shouldn't there be a portion of said crest as part of the swatch?

The only pack with 3 base cards. 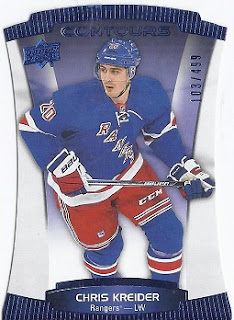 Much like with the Tarasenko, at least this blue parallel goes with the uniform. 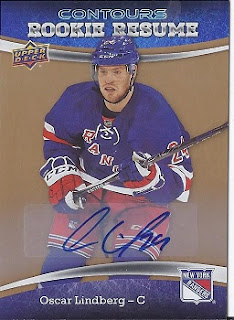 New York Rangers pack! Lindberg seems to be the 2015-16 Rookie that's following me from the rookie class.

And there you go. Pretty dull box. I should have busted some more Champ's.
Posted by buckstorecards at 08:51