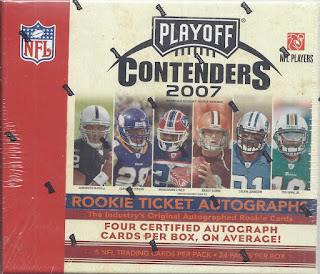 Going back almost a decade for this box. Let's chase JaMarcus! And some other guys. Peterson? Johnson? Lynch? Who are they? 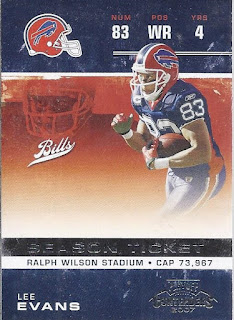 One of my favourite front designs for the Contenders set. Colourful, and two images appear on the front, and they aren't reused there! 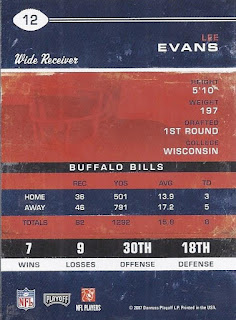 Somewhat reused on the back. The Home/Away splits for the stats flashes me back to 1988 Fleer. Horrible offense and decent defense. Sounds about right for the Bills in the 00's. I did end up 3 cards short from the 100 card base set on these, and have added those to my set wantlist. 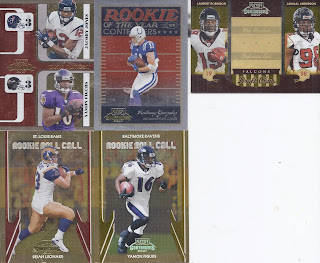 The numbered inserts in this. Leonard, Gonzalez and Jones/Figurs are /1000 and the others are /250. 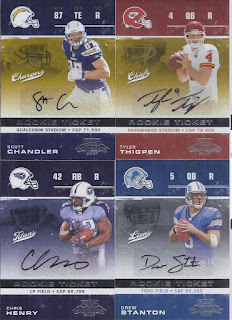 And here are the autos. No JaMarcus, or any of the cover boys, but this still a respectable foursome. The top row contains a pair of future Bills (although I'd lapsed on Thigpens time with the team), and Stanton is still active in the league, being on the Cardinals now.

So, that's about as old as these BNBB posts are going to get. Back to the 2010's with the next post.

Posted by buckstorecards at 08:19