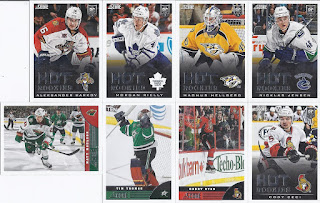 Starting with the base Score cards. Barkov is one of the cards I was happy to see appear, mainly because I don't need to buy it anymore to complete the set. The only ones here I didn't need were the Thomas (which appeared in the previous box) and the Sens cards. 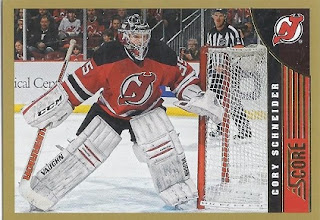 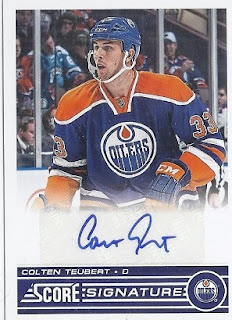 And an autograph from Score as well. Teubert was already playing overseas at this point (and has yet to return), so this was certainly a sticker dump. 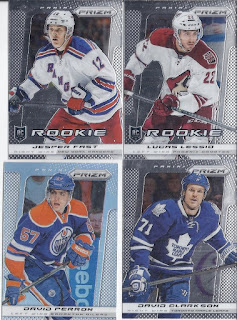 The Prizm cards. With yet another shiny Oilers card. The Clarkson is a dupe, but one destined for my Kitchener Rangers collection, as he was part of the 2003 Memorial Cup winning team. 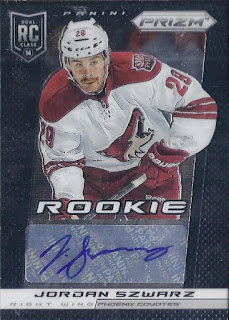 And an unnumbered Prizm auto. 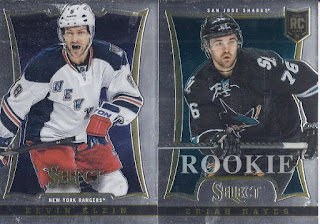 The Select of Klein is my favourite card so far in this box, as he's rocking the Stadium Series uniform on his Update card. The write-up on the back even states that he was traded to the Rangers just days before the games. 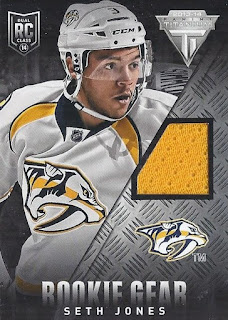 A bright yellow swatch of Popeye Jones' kid. I really would love to see a card with father & son on it, especially with the pro careers being with two different sports. I guess Goodwin Champions would have to make that happen now. 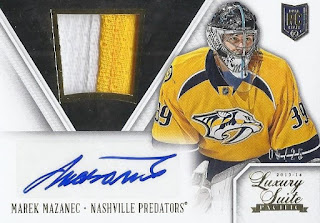 More Predators content with this Luxury Suite card that sports a stickergraph and a thick seam. Marek is still in the Preds system. 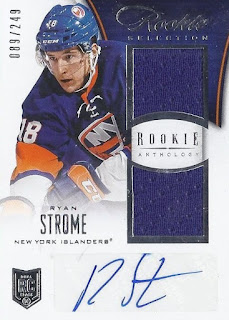 And the Rookie Selection card to end it. Strome seems to have settled into a consistent gig with the Isles. He and his brother have to be close to the top (behind the Sedins, obviously) for sibling draft position. Ryan went 5th overall, but Dylan went 3rd to the Coyotes. This is Ryan's second appearance so far this case and there's more to come. Better than being a Drew Shore magnet.

And there you have it.
Posted by buckstorecards at 03:54