A whole bunch of stuff picked up at a small local show several weeks back. In the order of whatever order they get uploaded in. 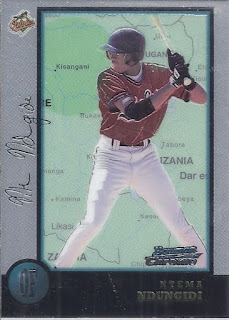 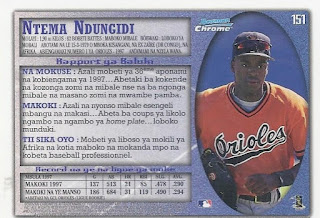 The same reason as before: The international back to the card is written in Lingala.

A trio of new cards for my 2/14 collection. A SPd Black Diamond card of Gaborik, followed with my second Prizm Select card in the past two days. The final item isn't a card as all, but a sticker from 1993-94 Panini. You'll see more 2-14 content and 1993 sticker content as this post continues. Gaborik moves to 148 total cards, with Calle at 30. 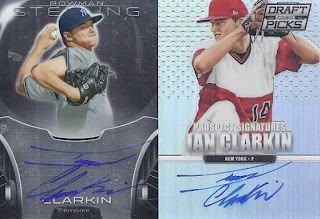 Such as right now for the 2-14s. There was a binder of $1 baseball autographs at the show. I got some for myself and some for my trade partners. You'll have to wait to see those at other blogs when their mail arrives, but these were part of the "For me" portion. The signature might not be the most legible, but it is large and distinctive. These are my 8th and 9th Clarkins in the binder. 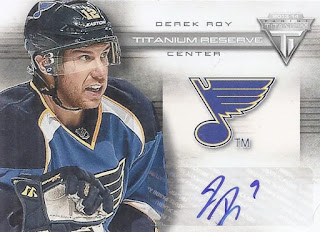 Kitchener Rangers alumni auto! If that's a 9 next to his name (errr...initials), he signed that sticker when he was wearing #9 in Buffalo. He wore #12 with the Blues. 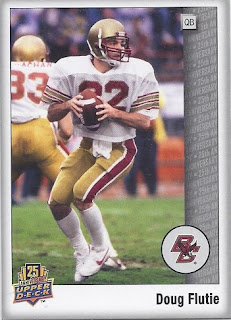 Sure, this might look like a Boston College card, but I'm sure I can give it a nice home in my Bills binder. 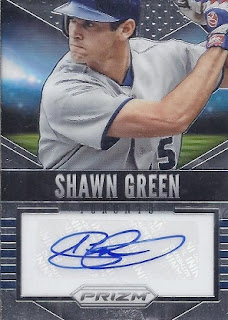 This time, it is Shawn Green that comes out of that dollar binder, and I'm really surprised to look at my collection and realize that this is the first Green auto I have. But when I see that most of his autos out there are of the Dodgers variety, and that his Toronto ones are mainly buybacks at COMC, then it becomes a little more obvious why I didn't have one before. 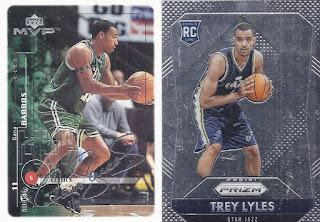 Basketball miscellany! A Celtic and a Canuck. 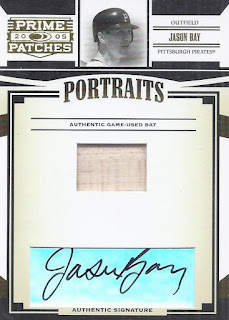 Another player's autograph makes his debut in my collection, and another one I'm surprised about. After his Mets implosion, his autographs weren't exactly costly. But, here it is. 6 out of 8 letters being legible also makes him an outside contender for my penmanship collection as well. This auto/bat relic is numbered out of 150. 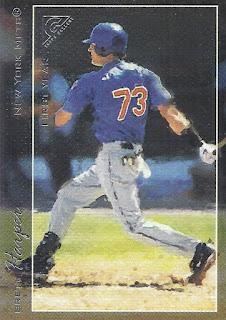 Back to the $1 auto binder with a trio of Mets autos. Jeff McNeil was briefly a Double A last season, but got stalled with the injury bug. Cory Vaughn, son of junk wax mainstay Greg Vaughn, was released by the team at the end of the 2015 season, and played independent ball last year. Reese Havens retired without reaching the bigs, but Thole was able to get a career for himself as RA Dickey's personal catcher. 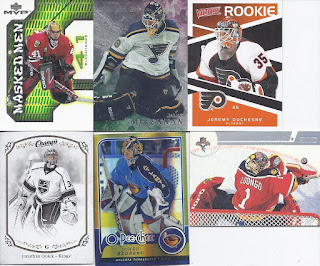 Mask binder randomness! Shiny cards and Champ's in the same post, but my favourite here is easily the overhead photo of Luongo. A clear view of the top of the mask, and the puck as he makes a save against the team that traded him. I would really love to see multi-relic/auto cards released that feature the various players that were part of Mike Milbury missteps. I know I'd chase down a Spezza/Chara/Yashin triple card. 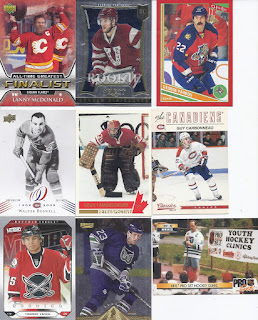 More hockey miscellany. Like the mask cards, these came from a quarter box. Stanley Cup hoists are always welcome in my collection. Next to that is a Vancouver Millionaires throwback, and the top row wraps up with a red parallel of George Parros. I believe those were from wrapper redemption packs. A nice variety of names from the past in the middle. The bottom row start up with a decent rookie card of a guy in a forgettable jersey. The last two were cards I picked up in case Shane @ Shoebox Legends needed them. He didn't. 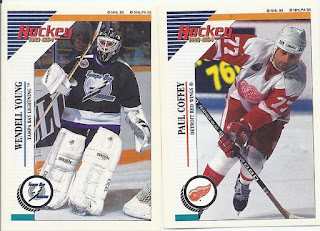 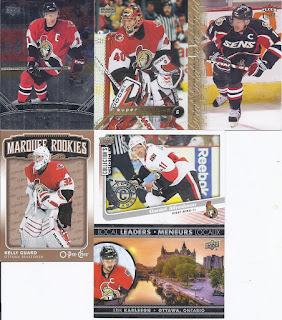 A whole bunch of Senators cards. While I do like the new parallel Alfredssons for my collection, and the best last-named goaltender ever with Kelly Guard, I've got to vote for my first 2016 Tim Horton's card, featuring Erik Karlsson and the Rideau Canal. I only wish they'd chosen a winter shot with the waterway frozen over and filled with skaters. 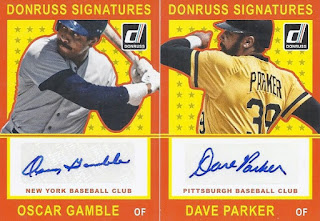 And the last of the cards were two more $1 autos. Despite the lack of a massive 'fro, the Oscar Gamble is a nice random addition. As for Parker, I'd hoped that Matt @ Bob Walk the Plank needed this, but it would have been a dupe for him. So, it is off to my penmanship collection.

And there you have it.
Posted by buckstorecards at 07:56