All about the Penmanship

I haven't made any additions to my penmanship collection lately. Time to fix that with a dip into my pre-Black-Friday COMC container. 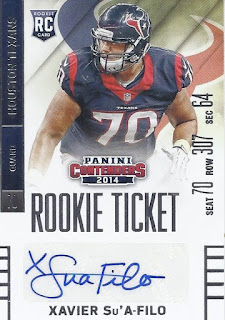 This is the only player in this post still active. Since he's an O-Line guy, he can't expect to get too many more cards, so he made his autograph memorable. I like the S being extended through the name, and I guess it can act as the hyphen. Only a first initial, but all letters are legible! 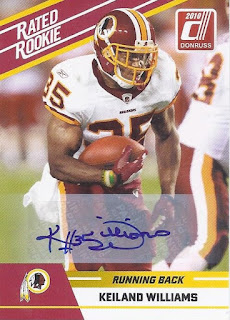 Not so much penmanship here, but it certainly is a creative example of adding your number to the signature. 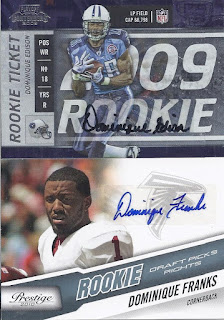 I'd be accepting of any argument as to which Dominique has the nicest signature. Dominique Franks might be nicer in this format, but he'd change to an initials-only sig in later releases. Edison was more consistent, but he seems to have realized that he was reaching the end of the sticker, and had to struggle to fit his entire name on there. Still, for a pair of 14 letter names, both are really nice and worthy additions to the penmanship binder.
Posted by buckstorecards at 16:36