A bunch of group break Raptors

Time to show off some of the new addition to my Raptors collection, with cards from a pair of group breaks. 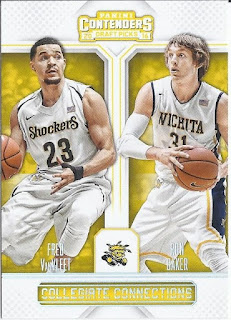 Let's start with a new face for the binder. Despite the Wichita State Shockers uniform, this still counts. Fred Van Vleet has mainly seen the court during the end of blowouts this season, and with the D-League. Of people that have seen the court this season with the Raptors, this mailing did complete that portion of the collection. Of D-League guys, I've got a college card of former Pistons 2nd rounder Spencer Diwniddie on the way, and need a Jarrod Uthoff card from a college set. 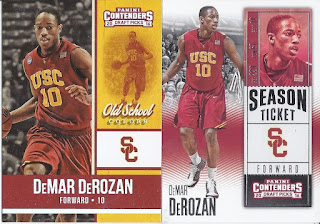 Staying with the Contenders cards, here's some USC DeRozan.

But the big winner for NCAA cards was the Utah Utes, getting a pair of players into the binder, including lottery pick Jakob Poeltl, who was a teammate of the first pick from the Raptors last season, Delon Wright. If they're calling a card Class Reunion, wouldn't it make sense to have Wright and Poeltl sharing a card? 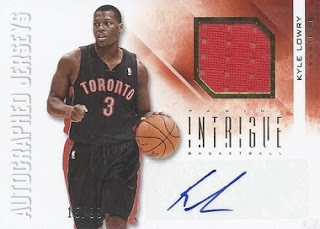 The mixer did land me one more Raptors card. I've got autos of Kyle Lowry in my collection. I've got relics of his, but this /99 is my first auto/relic of Kyle. Andrea Bargnani was wearing his more familiar #7 at the time, hence his sporting of #3. 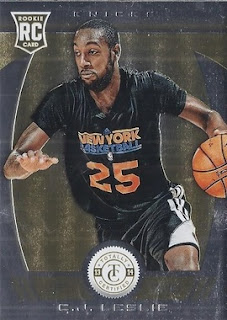 This card was actually included in error. Leslie is a Knick on this /25 parallel, but at this point he's on the Raptors D-League team. So, I'm adding it to the binder. But, I'm going to group it with a bunch of cards for players that didn't get one as a Raptor. This card inspired me to start that sub-collection to a team-collection, with college cards getting a slight priority over professional cards. I've got a couple pages worth of both on the way via COMC's Black Friday sales. 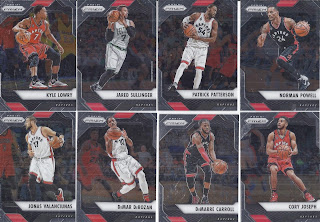 Off to cards from a case break of 16-17 Prizm. Here's the veteran base cards. 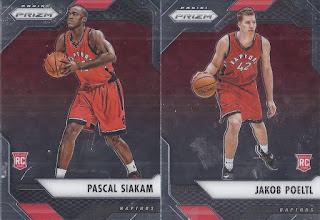 And the rookies. Pascal Siakam, the Raptors other first-rounder from the past draft, debuts with his first base card (I pulled a /25 Artist Proof parallel from my box of Hoops). 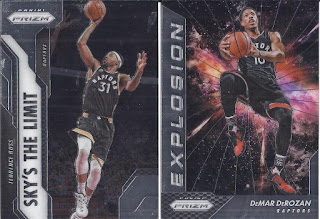 Inserts! There's the second appearance in 2016 of the Drake jerseys. 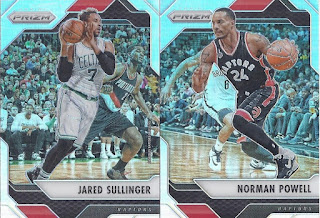 Prizm means shiny parallels, and I got a number of them. While they used a photo of Sullinger holding his Raptors jersey for his Hoops card, they went for an older Celtics game photo. 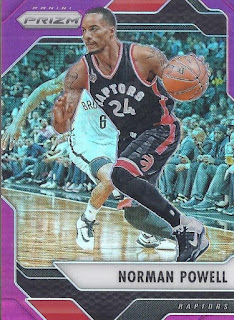 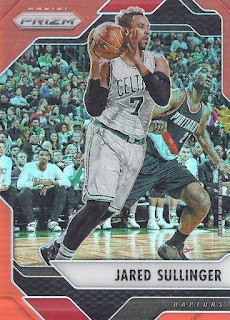 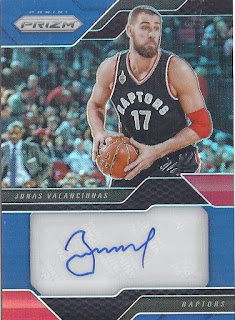 I may have more copies of his Jonas' autograph than his agent. Still, I won't turn down any new cards for my binder with them.

And there's a bunch of Raptors.
Posted by buckstorecards at 07:00