And now, the third box to be posted. Or the eighth one to be opened. 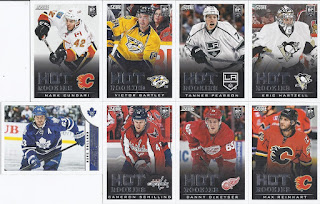 As always, starting with the Score Update inserts. A nice octet of cards, and 7 of these 8 were binder needs. Only the Bartley was a dupe here. 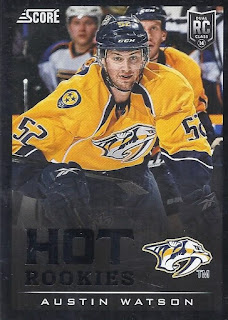 And here's a pretty nice pull. I was under the impression that these were case hits, but this will only the first to be posted. There's still two more, both better than this. And I know Austin Watson has a regular gig with the Preds now, so that means a couple really good SP'd parallel rookies are to come. 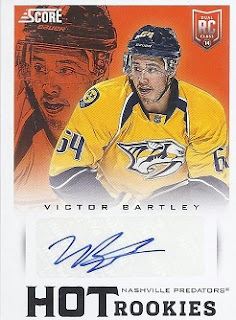 More Victor Bartley to wrap up the Score portion of this box. He's still in the NHL, but has yet to play this season due to a torn tricep. 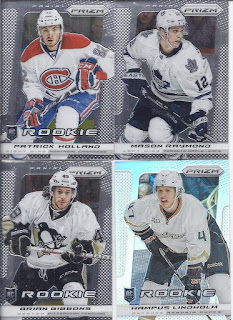 Here's the Prizm base and parallels. Hampus Lindholm was probably the guy who followed me around this case. Better than the usual Drew Shores and Stefan Matteaus (Matteaux?) that I'd usually see. 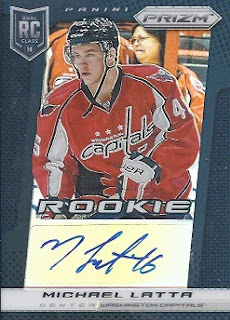 And a Prizm auto! These shinier version of the base auto are /25. 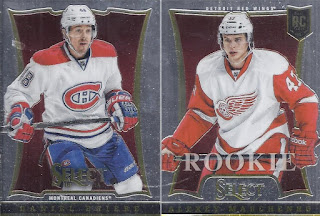 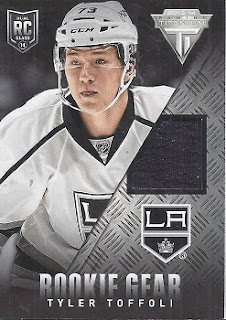 Not too bad of a rookie gear rookie to get. He was part of That 70's Line that helped bring the Stanley Cup back to the Kings. 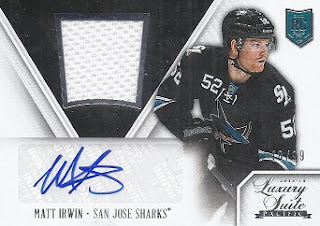 A Luxury Suite insert. This was the first time I noticed that the RC logo on these has a background in the team colour, in this case teal. 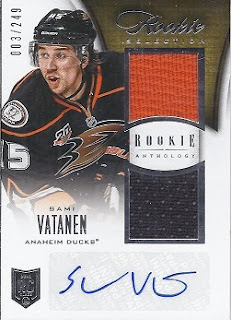 And I finally get to show off an actual in-hand Rookie Selection card. Nice that it uses two different-coloured swatches as well.

And that's a box that probably should have gone to California instead of here, but I'll take it. More to come, with the best of the Hampus Lindholm cards I got in the next box.
Posted by buckstorecards at 12:32