Time for one of the more interesting boxes of the case. 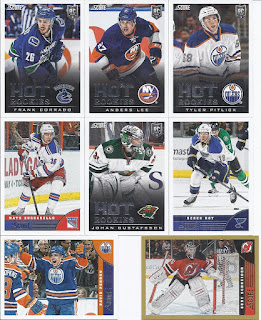 As usual, starting with the Score update inserts. The Cory Schneider isn't a holdover from the previous box, it's a dupe. With a 100 card parallel insert set at a rate of less than one per box, you'd think I'd avoid that. But that wasn't the only Score dupe I'd find. 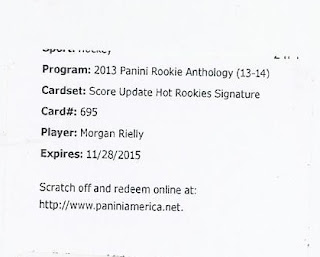 My second Morgan Rielly redemption that doesn't appear to be live yet. Yay? Fortunately, this was the final redemption in this break, and is still a pretty good player to get one of, even though I'm sure I will never get this exact card in hand. 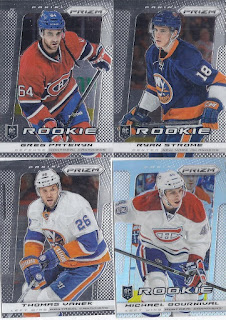 Here were the Prizms. 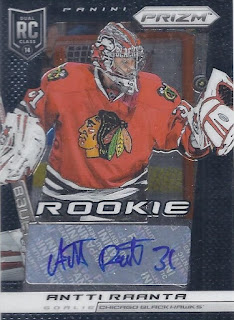 Raanta was on a hot streak with the Rangers when I busted this case. He's cooled since then, but there's still somewhat of a goaltending controversy in New York.

The Select inserts. No dupes here! 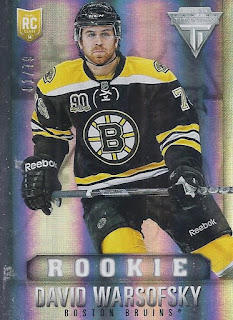 Another Titanium insert, this one to his jersey #. He's moved on to the Penguins organization, with a handful games in New Jersey in between two stints in Pittsburgh colours. 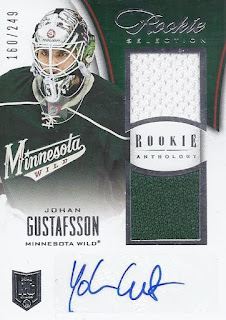 This card is proof of the rule that you only have to be on the roster for a game as opposed to actually getting into a game. Johan's only NHL action has been sitting on the bench for the Wild, as he has yet to see a minute of action. He's already returned to Europe and has been in his native Sweden the past two seasons. AT least there were two different colours for the swatches. 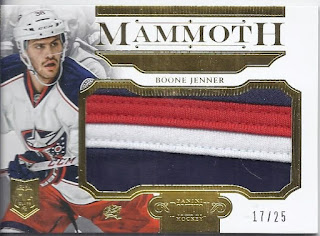 Moving to the Dominion insert portion to wrap it up, here's an appropriately-named Mammoth 3-colour Boone Jenner swatch. This looks like it is from the arm piping. 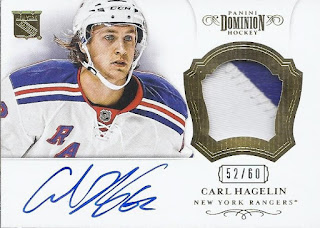 Two Dominion inserts in the same box? Nice. This one was actually part of 12-13 Dominion, but I'm guessing that Hagelin didn't get his autos signed in time. I doubt that when this one gets sent out in the next Too Many Manninghams mailer, that factoid will matter.

Halfway through the case!
Posted by buckstorecards at 11:29