More box busting goodness via COMC credit. At only 5 cards per box for both of these boxes, I might as well combine both of them in one post. 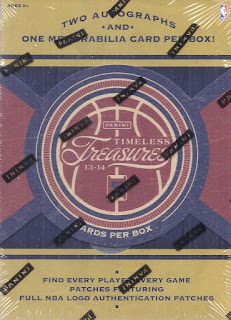 Starting off with the older product. 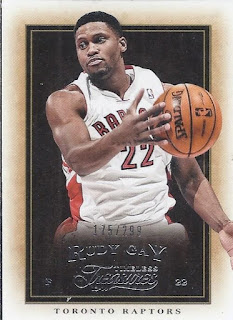 One base card per box, and I lucked out with it being a Raptors card. Unfortunately, the my lucky streak wouldn't continue with this box. 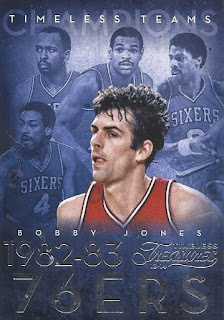 There were cards for this set for 5 members of each of their timeless teams. I'd probably rather have got the Dr. J or Moses Malone for the 76ers, but this is still a nice looking card and Jones does have his number retired by the team. 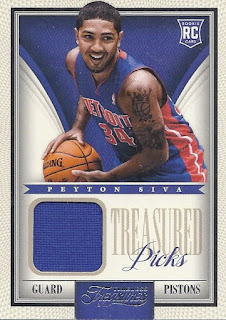 Peyton only played a handful of games in 13-14, and has been overseas the past two seasons. 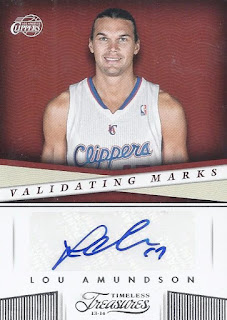 Not exactly a household name, but at least he was able to carve out a 10 year career in the game. 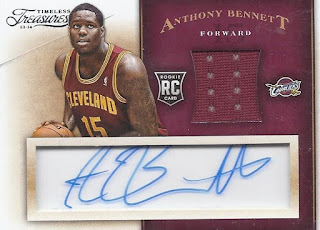 And this would have been a great pull when this product came out. He just got sent down to the Long Island Nets of D-League, and that back-and-forth pretty much describes his career. But at least I can add this to my Canadians in the NBA collection. 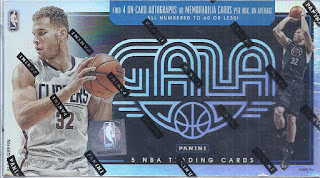 And now, a higher end box. 5 cards as well, but here you have 4 of them hits, with two autos and 2 relics. The autos also appeared to be entirely on-card throughout the set as well. 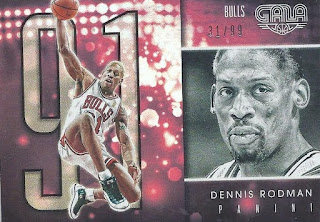 These are the base cards. Given how the base cards in higher end sets look to usually be a photo of the player on a white background with some foil stamping, I really like how different these look. 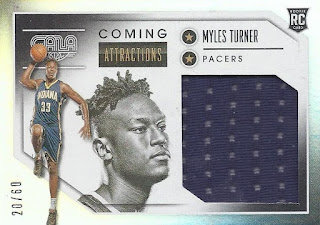 First up in the relics is this Myles Turner. He kinda frustrated the Raptors in their opening round series last year. 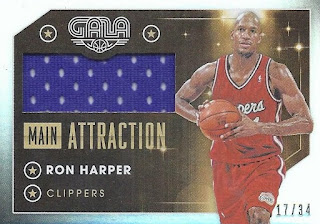 I guess for the time he was a Clipper, Ron Harper was the main attraction in town if you didn't cheer for the Lakers. And I can't say I have too many cards /34 in my collection. I guess they ran out of swatches before they hit the more standard 35 or 49 for this subset. 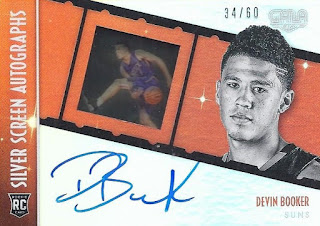 I'm guessing this was supposed to be my box hit, with Booker being one of the top rookies last season. But, this will be one of the cards that will end up at COMC, with a goal of recovering some of the credit for next year's Black November. 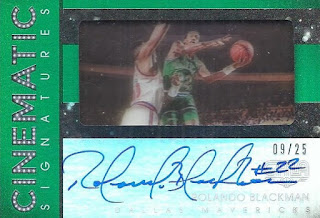 And why would I keep that card when I have this beautiful card of Rolando Blackman on its way to my penmanship collection? And even better, this bumps an earlier Blackman auto (albeit one with a similarly nice auto) out of my collection, and into a mailer for a Dallas Mavericks collector.

And there you have two boxes of cards. One pretty good - the other notsomuch.
Posted by buckstorecards at 07:07