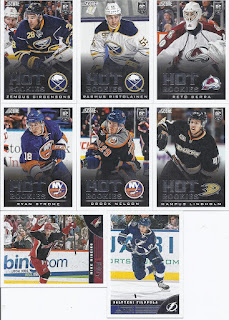 As usual, starting off with the Score update cards. While all of the rookies were dupes from previous boxes, the non-rookies were all new to the binder. I still love the "I just got traded" mask that Berra is rocking. At least they had pity on him and added a sticker. 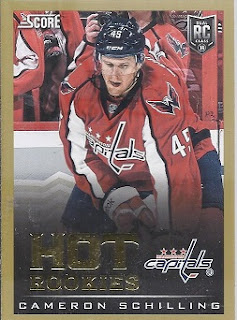 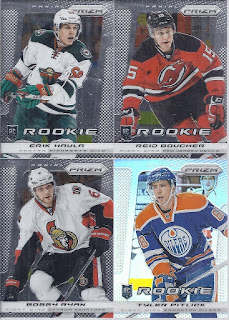 Some Senators content among the Prizms. There is the obvious one with the Bobby Ryan, but Tyler Pitlick is the nephew of former Senator Lance Pitlick. While that doesn't count for the binder, that's still good enough for me to mention it. 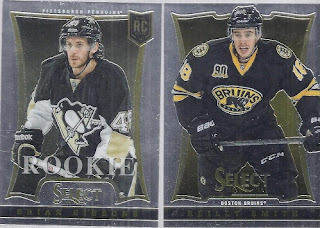 Black uniforms on both the Selects. I love those Bruins alternates. 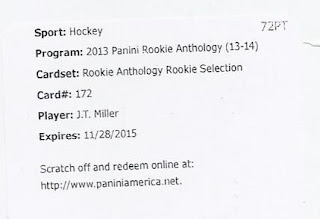 And the hits start. At least I got a Rookie Selection this time. Sorta. These don't look to be live at this point, so I assume I'll be getting this replaced at some point in the near future. 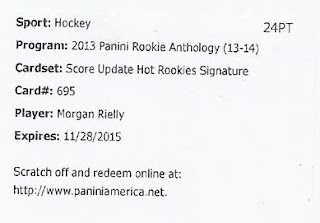 Ditto this. Rielly isn't too bad an auto to get, even in redemption form. 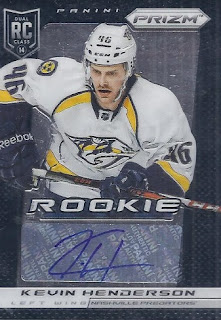 Here's an actual in-hand autograph. Kevin only played in 4 NHL games, but he did get a goal in one of them. And that's still enough games for me to get his autographs for my Kitchener Rangers alumni collection. He's now playing in Slovakia. 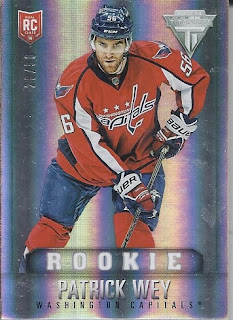 The silver-y versions of this are the ones numbered to their jersey number. 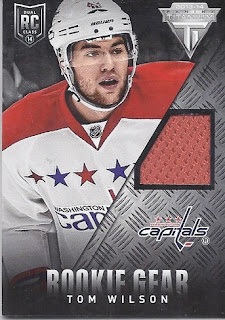 fnohter Rookie Gear of someone who has been with the team the past few seasons. However, most of Tom's appearance on scoresheets has been in the penalties portion thereof. 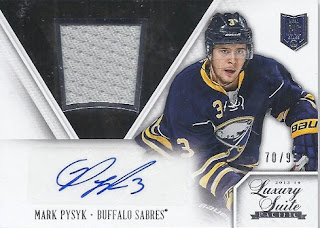 And the final non-redemption hit is somewhat interesting. I don't have any gray Buffalo relics in my binders. I'll just hope this is from one of the stripes and not from the armpit. But, knowing my luck, it is probably an armpit swatch.

So, a few more hits than in the first box, although I'll have to wait to show them off until later. And they probably won't be of the players featured.
Posted by buckstorecards at 07:27