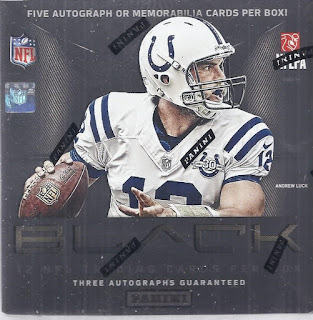 Appropriate for Black November, no? 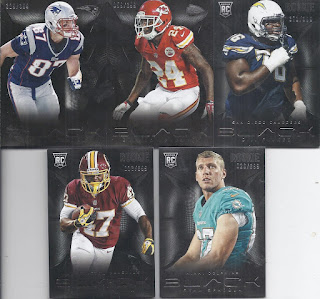 Here's the base cards in the set. They definitely live up to the set name, and look quite nice, although they do seem to be prone to chipping. 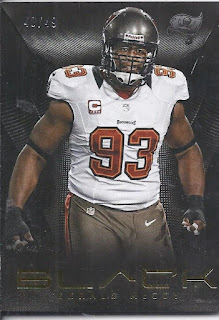 There are also black gold parallels to /49. A subset name so nice, Panini has been making entire Black Gold sets. 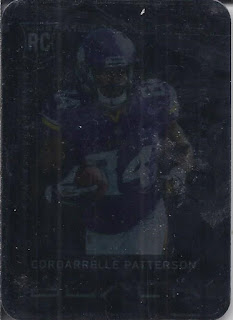 There are one of these metal cards per box. These things are heavy, and I'm fairly certain these could work as weapons in a pinch. 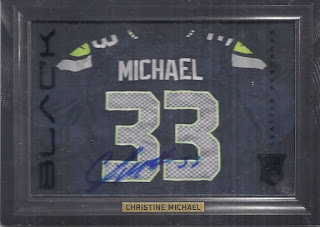 Apparently these were pretty tough pulls in the set. At least aesthetically, I really don't see the appeal in these. They mostly use dark jerseys for the background in the shadowbox, and the autograph is a lot harder to see in hand than in a scan. 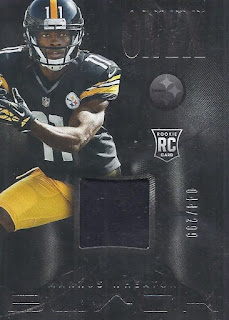 A black swatch. How appropriate. 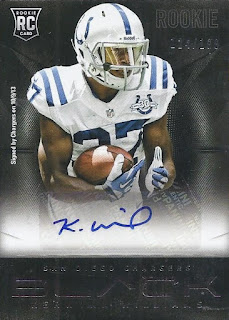 A rookie card where the player featured is already listed as being with a different team than he's pictured. That's never a good sign. He did finish out the season in San Diego, and is now on the Cardinals. 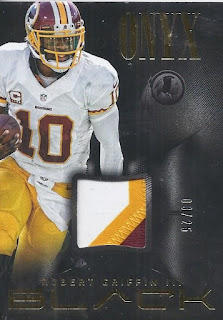 This would have been a good pull at the time. That's two straight BNBB posts when I could have said that. Nice looking patch though. 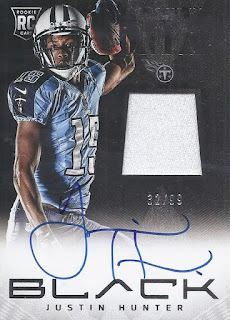 And the last card is of someone who is now on the Bills, and has actually had some big catches this year. 7 receptions, but 4 of those were for TDs. He's the 5th player from the 2013 rookie premiere to make an appearance for the Bills this year (Woods, Manuel, Goodwin, Gillislee (then on Miami) and now Hunter.

And there's another box.
Posted by buckstorecards at 06:08