Back to the case after a short break. 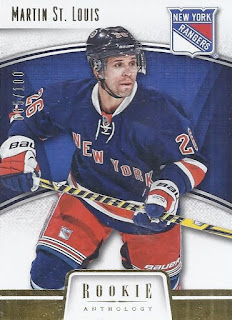 The first appearance of one of the gold parallels in the case comes after the halfway point. And I got 4 of them among the dozen boxes. 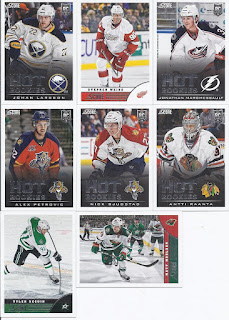 Here are the Score Update inserts. Of these, only the Moulson was not a need. I love the bend of the stick on Seguin's card. 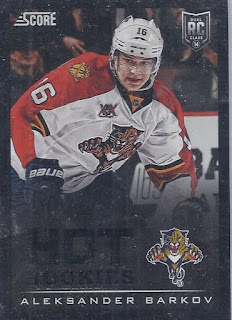 This is my second one of these in the case - I'd thought these were rare enough to be case hits. And there's still a third one of these to go in my posts.

Here are the Prizm inserts.

And the Selects. Klein is the only dupe among this group of inserts. 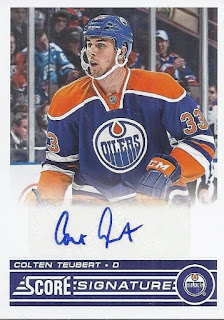 Starting off the actual hits with my second Teubert sticker dump. That's two dupe hits among the Score autographs so far. 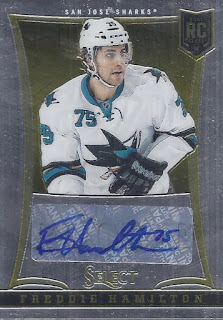 Not really the Sharks rookie auto you want from this year's release, but it isn't that bad of an auto aesthetically, and he is still active on this side of the Atlantic as a member of the Flames (after a stop in Colorado). 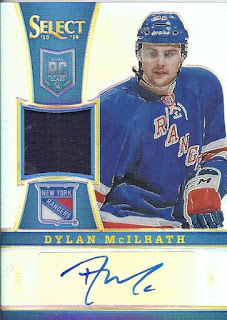 Two Select hits, this one a shiny auto/relic. A good box so far for a Rangers fan with two cards so far numbered to 100 or less. 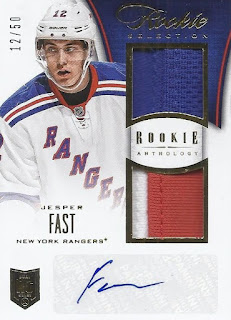 And here's a third. It is nice when you get all team colours among the swatches. 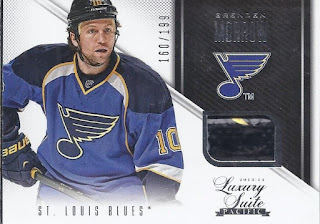 And to end this, a stick relic. For some reason, this portion of the stick has a pretty obvious curve on it, but I'll just guess that is supposed to be a feature, not a bug.

5 boxes left!
Posted by buckstorecards at 08:54