Today, a name themed post. From the better Reb Brown names from Space Mutiny, to the Bob Johnsons of the world, as I continue to work my way through the COMC 'to be posted' boxes. 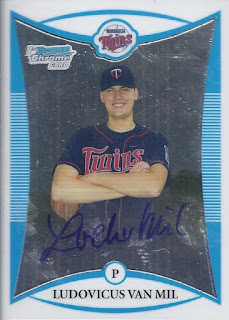 Firstly, someone whose parents had definitely taken advantage of their nine months and came up with Ludovicus to go with the Van Mil. He does sign his autograph as Loek, a nickname, but that's still a great name on the card. He was still in AAA during 2015, and if he makes the bigs, he'll be the tallest person in MLB at 7 foot 1. 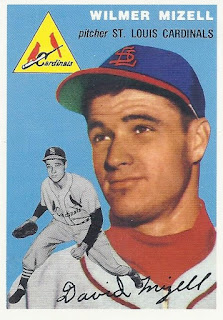 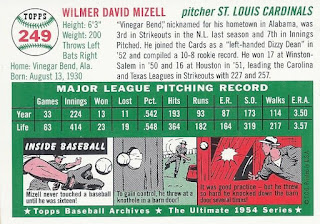 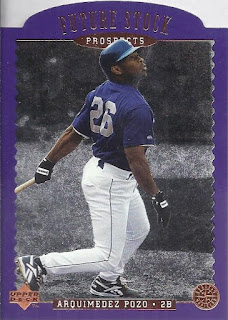 Arquimedez Pozo! That's a name that would be fun to say as an in-stadium announcer. While he is listed as a Mariner here, he'd only play one game for them, but did move on and play 25 games for Boston. 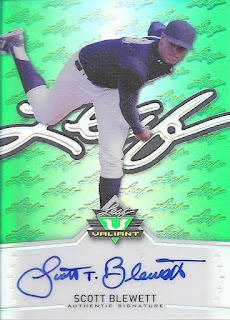 Now, Scott Blewett. That is a very, very unfortunate last name for a pitcher. Nice penmanship, though. 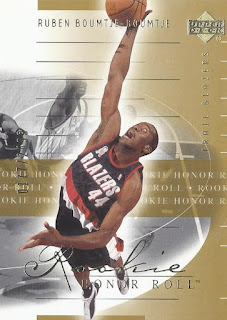 On to basketball names, and definitely another one that would be fun to say. Especially with the excitable basketball announcers. I was imaging Herbie Kuhn, the arena announcer for the Raptors, proclaiming "Ruben Boumtje-Boumtje for THREEEEE!". And then I checked basketball-reference and realize he never made a three-pointer in his career. 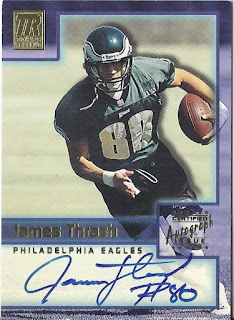 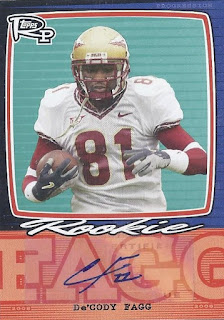 Why yes, yes, this guy had to go around with a rather unpleasant, if slightly-misspelled slur toward homosexuals on the back of his jersey. De'Cody is a pretty good first name though. There's also a Jaxxon with the same last name that has a Leaf autograph from the Perfect Game subsets. 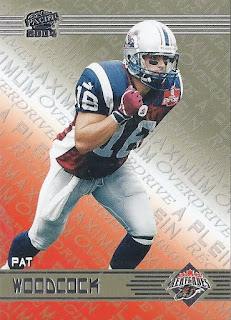