I hit the local show this morning, and despite my promise to myself not to, I left with more cards for other people than I did for myself. Let's take a look. 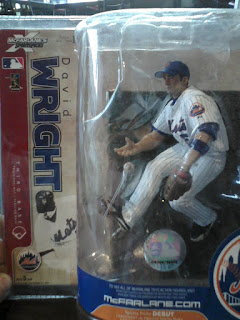 I guess this was the big pick-up for me today. As I walked in the door, I noticed there was one dealer with a table filled with McFarlane figures, with the table labeled "Any McFarlane - $5". Sounds good for me. And as you read it, this has already been freed from its plastic prison for display,

While that has been freed from its jail, this won't be: 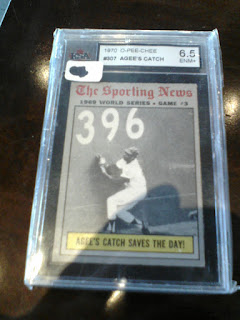 It wasn't until I saw a bin with a bunch of encased cards that I realized my Mets collection was lacking any sort of graded card. Fixed that with this 1970 card. If you can't see the text at the top, there's a bonus here in that this a bilingual OPC card! WOO-HOO! 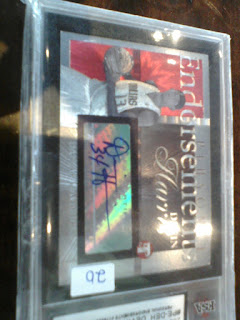 And the first card of this post that will be going elsewhere, with this being dropped in the direction of a Mavericks fan sometime next week. 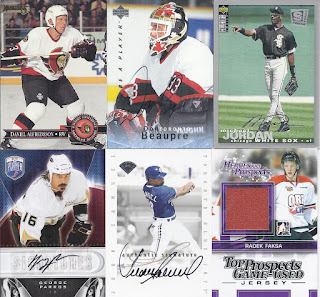 No dime bins this time, but I still got a couple cards for my various binders. I couldn't pass on a cheap Alfredsson rookie for his binder. That Don Beaupre with Parliament and the flag is probably bound for my mask collection. While that Michael Jordan silver signature parallel probably isn't technically an oddball, it is hard not to view his baseball releases as something outside the norm. On the bottom, it leads off with an autograph of a recent enforcer, and an Ivy league one at that. Next to it, an odd sight. Juan Samuel didn't have too many cards as a Blue Jay, Getting an autograph on it is a bonus. Sadly for Phillies fans, that was his only certified auto until he showed as a Fan Favorite auto in 2013 Archives. And finally, a new Radek Faksa for my Rangers alumni collection. 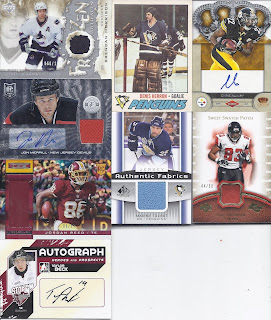 Like with the Devin Harris, these cards will be on their way elsewhere. Some next week, some when I've got a little more to fill out the care packages. I've still got a pair of repacks, from the same source as last show that I'll show off sometime next week.

Posted by buckstorecards at 13:37