Another Blaster of Regret

While I did do a decent job of set building a Young-Gunless Series 1 of Upper Deck S1, I was still about 50 cards or so out. So, 1 blaster wouldn't hurt, would it? I should take at least a small shot at a McDavid Young Gun card, shouldn't I? Even if the chance is 1:25 with two cards per blaster? 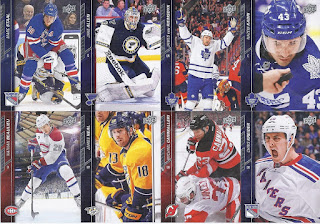 But first, my favourite base card photos in this box. Some dupes for my varied PCs. Some bound to be parts in future trade packages. Some, like the Kadri, have been posted before here. But some were needs, such as that Nathan Beaulieu with a beautiful shot that includes the iconic arena roof at MSG. 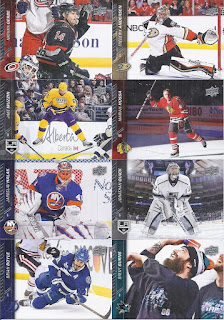 And my favourite photos among the horizontal cards. And my second need card which also featured the MSG roof on it with Quick.

On to the inserts: 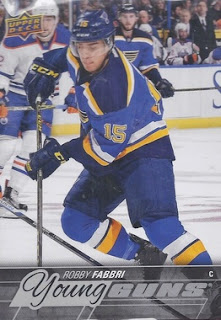 The box promised one box Oversized Young Guns card. This was it, and since Robby Fabbri was a Guelph Storm alum, it was part of a package sent out to OrlandoBolts from zistle this past Monday. 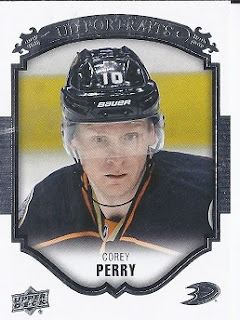 The one per blaster Portrait insert. 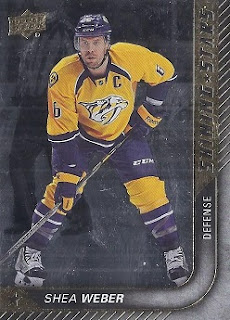 The one per blaster Shining Stars insert. 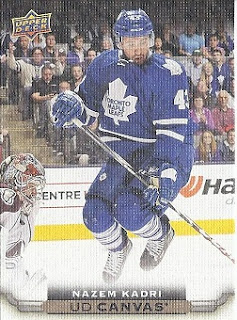 The one per blaster Canvas insert. At least I can add it to my Rangers alum binder. 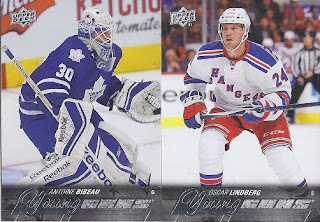 And the base Young Guns. And, showing what quality I've received from my YG pulls, Oscar Lindberg was by far the best of the bunch. At least I can add Bibeau and his Marlies mask to that binder.

The only good thing about this is that inspired me to update my wantlist at zistle, and I've got a trade in progress to knock the wantlist down to just 5 cards.

So there was that.
Posted by buckstorecards at 13:20