2016 Adventures in Repacks: Part 1 - Starting at the Dollarama

What better way to start 2016 than with a repack post?

Starting off with a 15 for $1 hanger repack.

The visible cards were: 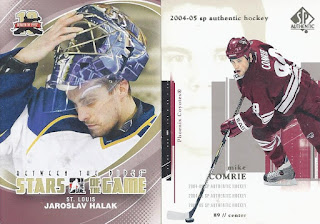 A Comrie for a future mailing to Dennis @ Too Many Manninghams. A Halak for my mask binder. Two for two in finding usage for the visible cards - that means the middle of the pack is pure bonus. Let's see what counts a bonus. 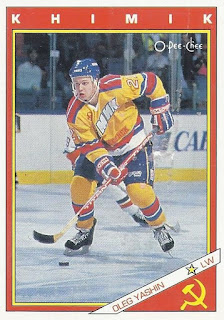 This is what a gum stained card really looks like. 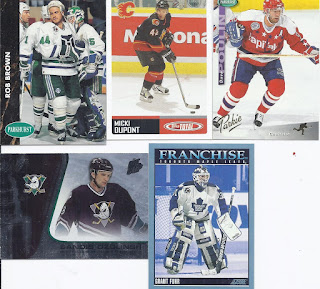 Among the rest, you get the obligatory Parkhurst parallel, a mask binder card with the Grant Fuhr, a sorta shiny Pacific card, an always welcome Topps Total card, and a Whalers card that will be on its way to Shane @ Shoebox Legends since the French version of this Parkhurst is a want on his zistle list.

Next up, one of the Surprise bags. 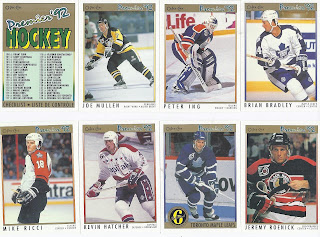 This pack of Premier '92 was pretty blah, although I do like the Roenick throwback jersey. 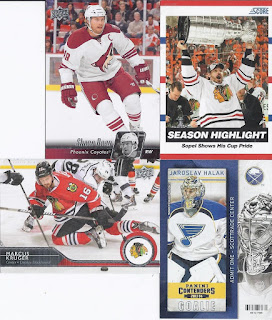 The 2010s pack continued the trend from the Premier in which the most interesting card in the pack is the one of the Blackhawks. It salutes Sopel taking the Stanley Cup to the Chicago Pride Parade, as a tribute to Brendan Burke. Couldn't they use a photo from that instead? Still, you gotta love an appearance of Stanley on a card. 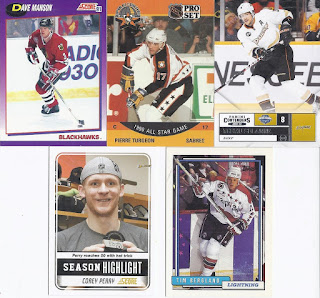 The Superstar pack. Was the guaranteed superstar Teemu or Corey? 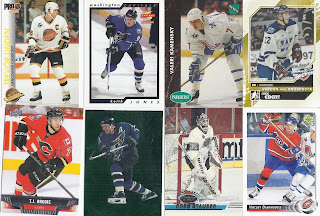 And the 8 card Miscellaneous pack. Usually that means 8 junk wax cards. But there was some nice stuff here with the Emerald Parallel of Sylvain Cote, and an appearance of the great Windsor Spitfires logo.

So, there you have my first repack busting of 2016 with hopefully many more to come!
Posted by buckstorecards at 08:43