My second trip to the LCS where I opted for a pair of regal Panini packs, one of Gridiron Kings, the other of Diamond Kings. The first two did not yield a hit, but did get me some nice cardboard. What awaited me this time? 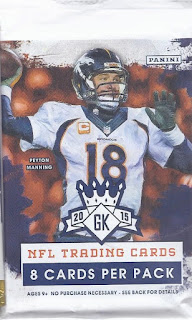 I started with Diamond Kings last time. This time, their Gridiron equivalent. 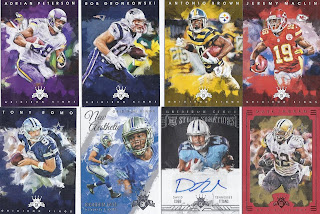 2 straight days of posts with the bumblebee uniforms making an appearance. I'm not too sure about a veteran player showing up in a subset called New Aesthetic, especially since the basketball version makes it for the rookies. And there's a hit! Stickergraph numbered to 249! Cobb spent the first half of the season injured, so it really is to early to gauge how nice of a hit this is. After getting three framed parallels last time, the red parallel is the only one this time around. 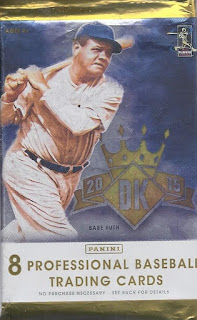 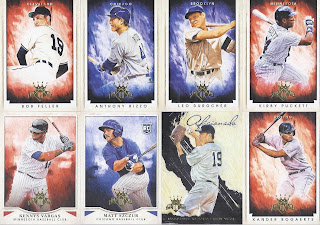 There's some really nice retired player content in this, especially with a card of Leo the Lip heading to my misc cards binder, But other than the retired content, this was a pretty bland pack.

And there you go. Depending on the Monday mailbag, probably something repack related tomorrow.
Posted by buckstorecards at 08:46