The First Bob Walk The Plank Envelope of 2016 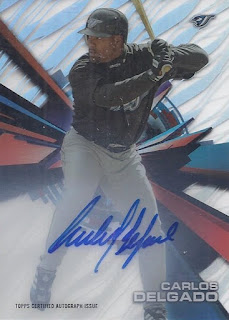 I'm really happy to see Carlos Delgado start showing up in products again. This year, he has autographs in Tier One, Five Star, and, as shown above in Tek. He also has buyback autos in the Archives Buyback, as well as base cards in Tek. I'll show the Tier One auto sometime in the future, thus making this his third auto I have. One is in my Delgado binder. One is in my Jays binder. This will probably go in the Delgado collection. 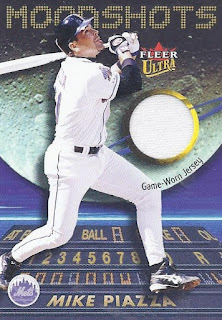 And a new piece of Mike Piazza! WOO-HOO! 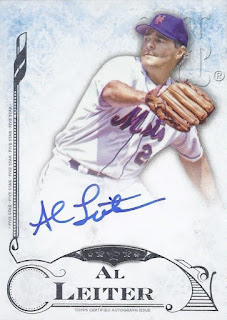 In the same category as Carlos Delgado, here's someone who is making his return to sets in 2015 with some autographed cards. He's appeared in Tek (As a Yankee) and as a Met in Archives and Five Star. His return is even more welcome to this collector, as it doesn't seem that he's had any cardboard appearances since 2005. This is my first autograph of his in my Mets collection, and only my second hit overall for Al.

Thanks for the goodies, Matt. I've already started reloading with my latest COMC order, but there was a package I sent out before Christmas that I hope has also made its way to you by now.
Posted by buckstorecards at 09:06