And here's the rest of the repacked packs, presented in order of release date. 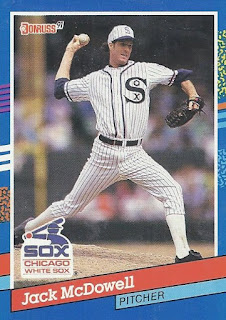 With the oldest pack being 1991 Donruss S1, the best you can hope for is at least one keeper card in the bunch. And I did land one, since the pack contained this nice card of McDowell rocking a Turn Back the Clock uniform. That'll do! 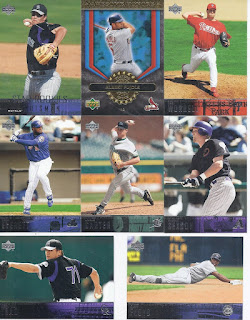 I was hoping to land at least an interesting photo in this pack, and the perfect horizontal photo of Cliff Floyd fit the bill, with the bonus of it being a Mets card. There was an Expos card as well. While other cards use a nice photo of the home stadium as part of their border, the Expos got a random infield with baseballs scattered around. I know Stade wasn't the nicest place to see a game, but there is a statue of Jackie Robinson outside of it. Why didn't they use that? Or one of the smoked meat sandwich stands? 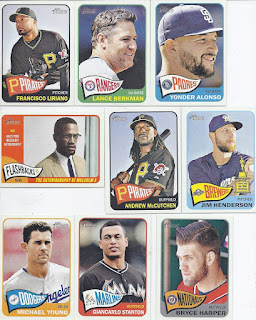 All the base cards were dupes from my set build, but that Jim Henderson can go in the Cancon collection. Also, I didn't get the Flashback card from packs, so that was a nice bonus. 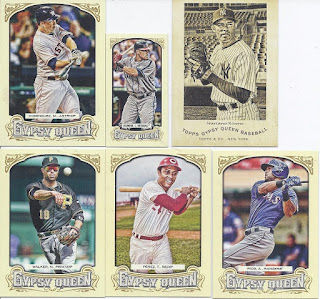 The quest for keeper cards went much better with this that it did with the Donruss. A Mariano Rivera insert, a great shot of a retired player with Tony Perez, and a throwback uniform lurking on the Ian Desmond mini. A .500 average! 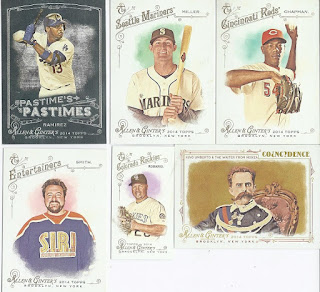 Ginter on the other hand, wasn't as generous. I like the Coincidence card, but if I was building the set, only 50 percent base cards would annoy me, especially with one not being a baseball player.

A bland pack was not really the best way to wrap things up, but that's the way the repack broke.
Posted by buckstorecards at 14:28