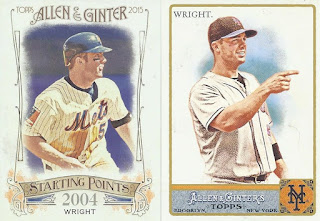 Leading off, we have a pair of new David Wright cards for his binder. Both A&G. I didn't buy much of that brand in 2015, likely due to not being overly interested in any of the non-baseball content. So, it is nice to get one of the non-hit chase cards I was interested in adding. 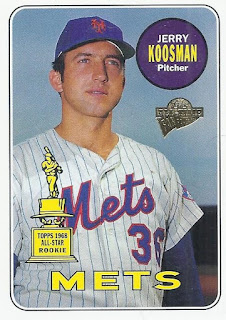 I'll often check through the Fan Favorites series of cards and pick up a Mets card or two if they're at a decent price. In this case, this Koosman was. 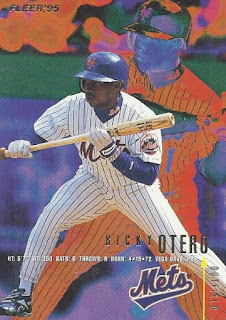 So much to love here. We've got an obscure Met, since Otero was traded to Philadelphia after the '95 season. The card is as gaudy as one would want from a 1995 Fleer issue, and it features a bunt. 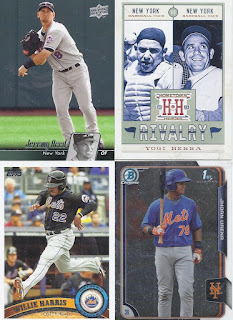 And a quartet of Mets wraps things up. Even though it is only half a card, that's now the second Yogi Berra Mets card in my collection. Of course it is a Mets card, why would it ne for any other team? The other three players are all making their binder debuts.

And that's that for the second M in this post's title. As usual, more chances to COMMC are on the way with the next mailing.

Posted by buckstorecards at 17:46