From The Land of the Rising Sun...

..to my 2/14 collection, my first cards from Japanese sets. 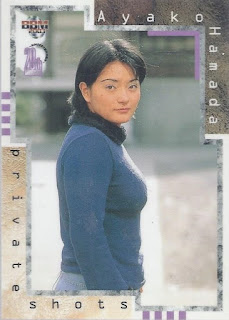 While Ayako Hamada has made appearances in a couple of Tristar TNA sets, this is my first of her from outside the US, where she made her name. This is a 2003 release, well before her short run in the States. 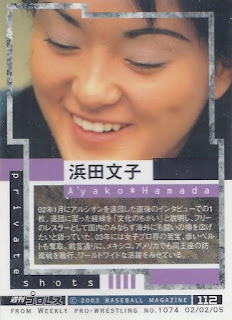 The best thing is I don't need to know Japanese to find out where this photo is from, being a reproduction of a photo from a 2002 magazine.

Appropriately for her and the 2/14 club, her middle name is Valentina. 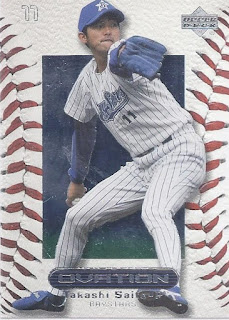 And #2 for the collection is this Ovation card of Takashi Saito. At least in COMC land, this is the only Japanese card of his. This might actually be my first NPB card period in my collection, but I can't say for certain as I've likely pulled at least one oddball of these from a repack.

Card #22 for Saito, which has him tied with Dave Dravecky for 5th in the baseball portion, and #4 for Hamada, which has her leading the miscellaneous portion.
Posted by buckstorecards at 13:33