If I can use COMMC for my Mets cards, I can use COMJC as I encourage you to check out some of my latest COMC Toronto Blue Jays additions. 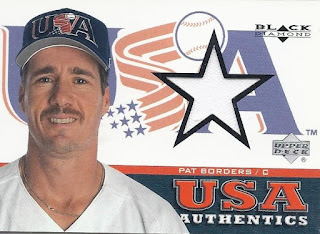 Sure, this might be a team USA card, but seeing as the 1992 World Series MVP doesn't have any hits with him in a Blue Jays uniform,  so I have to look for something else. I really wouldn't want a MLB card that isn't a Jays one, so this one will suffice. And it will be in my Blue Jays collection. At least until one of his autographs shows up in something like Archives. 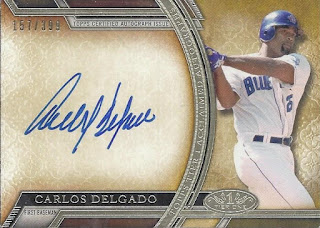 I really love how Carlos Delgado has finally started showing up in products again, and especially with autographs. This is my third Delgado auto in his binder, all of which are on Blue Jays cards. Now I need to add a Mets one to the collection, or even better for my oddness, a Marlins auto. 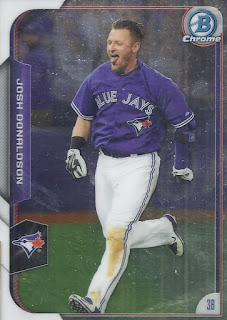 Picking up a Bowman card because of a photo choice on the card? Yup! I've also added the Edwin Encarnacion card from Bowman's Best to my inventory, as it shows him taking the parrot for a walk. 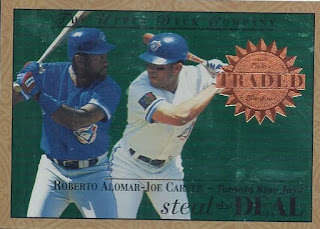 Next up, a 1995 issue from Upper Deck highlighting the trade that brought Alomar and Carter to town. Considering one of the major parts of the trade was back in a Blue Jays uniform in time for the second championship, it definitely counts a steal of a deal. 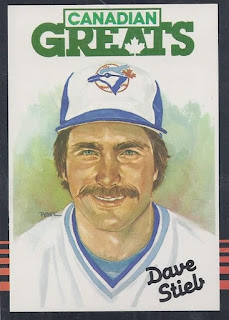 And there's the new Blue Jays content.
Posted by buckstorecards at 11:19