Fudge. Pig tails. Steak & Kidney Pie. Blackberries. And cards. All part of my first time at the flea market since Baby 2016 kicked Old Man 2015 to the curb.

While I did grab one of my usual $5 bricks, I did get some singles, so I'll be leaving the repack for a future post. Time to show off some miscellany. 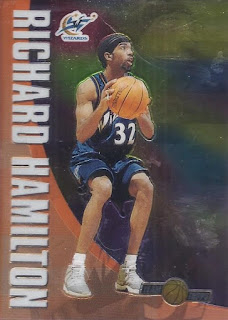 I do not see a lot of basketball cards at the flea market. Ever. And if I do, they are more likely than not early 90s Hoops cards. So it was nice to see something this time. While much of this was the expected players (Kobe, Jordan) this little beauty was lurking in the box. I was not expecting to find anything besides perhaps a Raptor for my PC, so seeing 2/14 baby Richard Hamilton was really nice. Rip moves closer to the half century mark with his 48th card in the collection. He leads the basketball portion easily, with 13 cards more than Muresan. 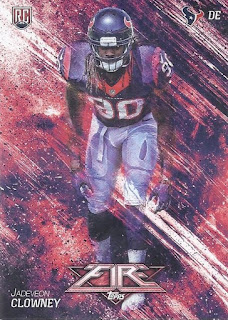 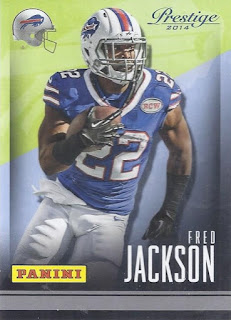 I did add a couple Bills cards to my collection. This one puzzled me at first. It was obviously Prestige, but the colour scheme didn't fit the Bills portion of the set. The back of this card lists this as being from the "2014 Panini - Buffalo Bills" set. So, Stadium Giveaway? I'd think they'd be better off giving away flimsy card tables that the Bills Mafia can perform wrestling moves through. 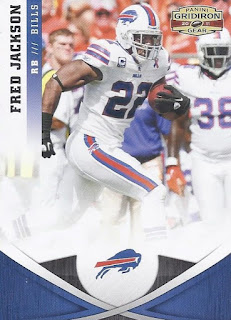 At least I know the source for the this Fred Jackson card.

And that's it for me, but I always look for cards for others. 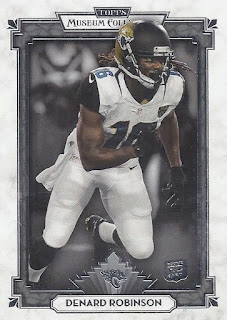 Such as a high-end base card for a Wolverines collection.

And there you have it.
Posted by buckstorecards at 16:10