Continuing with the packs from yesterday's repack. Yesterday, I went with cards from the same brand with a quartet of score packs. Same theme today, as a trio of Pinnacle packs await. 2 packs are from 2010, and the other from 2011. Since this really is a nice set for photography fans, I'm scanning everything. 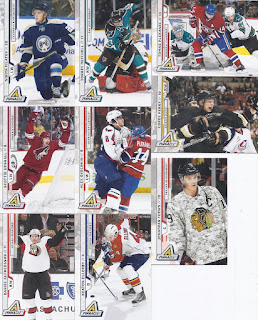 Alfie! I've got this one in my Alfie binder, but fortunately not in my Senators collection. That's one good thing about having player specific and team specific binders overlapping. The other highlight here is the Ovechkin, from a photographic sense. I've got cards of him shooting and skating, but not too many of him throwing a bodycheck. A nice little rarity there.

And a pretty nice card for the 10th one: 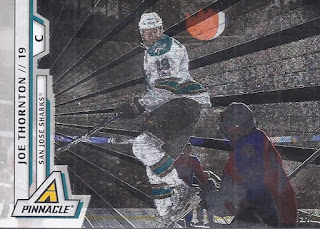 One of those etched Rink Collection parallels! 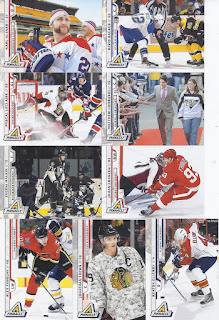 Dupes in only two packs! At least one can go via PWE to Jeff @ 2 * 3 Heroes. More Sens content in this one. The Lombardi is interesting as the person in the jersey on the card isn't the player featured. That can't happen too frequently on cardboard. That David Backes could just as easily be a card for either player.  It would be neat if Krejci's card had the same photo in the set. Alas, he only appeared on inserts. And the big winning photo is the toque clad Alzner at the outdoor game. 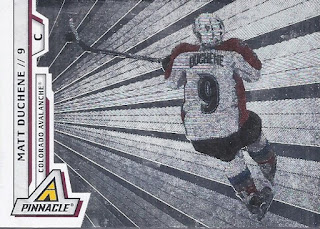 And the second Rink Collection parallel of the break! That's a nice result from 2 packs. I think I like this a little more, since the overhead shot gives the ice as the background, and the player photo pops more against it. 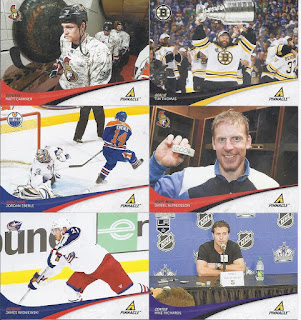 What a start with these 6! Lord Stanley! Alfie! A second Senators card! And a Rangers alum! And a shootout photo on the Eberle. Poor James Wisniewski  is odd man out. 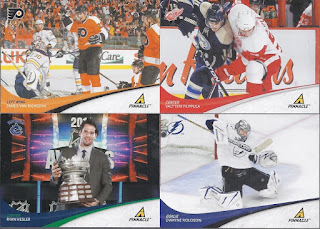 No PC stuff in the last 4 cards, but still some nice stuff. I really like how the JVR looks with the crowd going crazy for the goal in the background of the photo. Since they usually don't get presented on-ice, the other trophies don't make that many appearances on cardboard, so that Kesler is pretty nice.

Lots of PC stuff makes this group of 3 packs winners!
Posted by buckstorecards at 11:38