Time for team #2 from the random, and the second best of the group - Golden State. 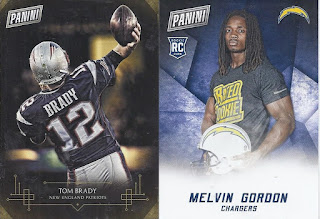 Like yesterday, starting off with the Black Friday packs. I promise that there will be no more appearances of Melvin Gordon in this break. The Tom Brady will be heading out at some point to TMM. 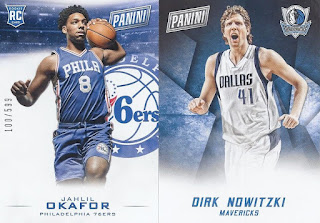 Appropriate for  a basketball break that at least one of the packs was entirely basketball. 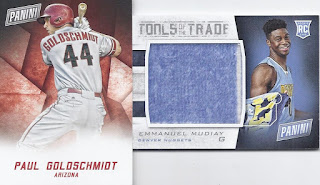 As I have said in the past, I really like how Panini uses high quality soft towels for their TOTT relics. And for an odd reason, I can't seem to get enough of these oddball choice for a relic.

And now, on to the cards! 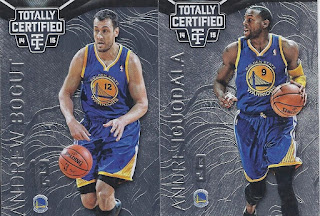 Only 2 base cards with this as opposed to the 3 with the Blazers, but at least these are two different guys. 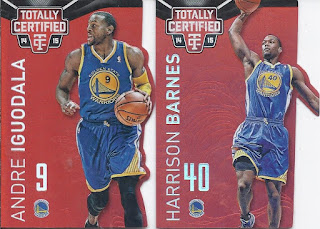 The Warriors really came through the numbered parallels. Each pack contained two base cards, one hit, and the final two either being some combination of a parallel, a rookie, a photo variation or an insert. These are both numbered to /139. As a bonus, the Harrison Barnes is right up there with some Topps Laser cards in terms of difficulty inserting in penny sleeves. 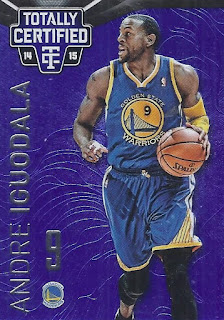 Blue parallels work really nicely with the blue uniforms of the Warriors. 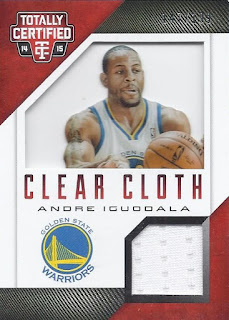 And here's your last Andre Iguodala in the post. Panini must have been running low on his jerseys, as red parallels in this set are mostly numbered to /299, but this one is /199. 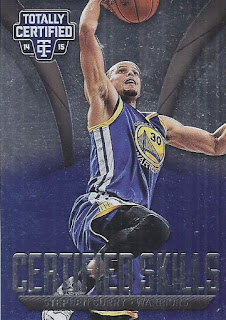 The GSW slot means that I might see some cards of current MVP Stephen Curry. Here's his first appearance on an insert card numbered to /299. 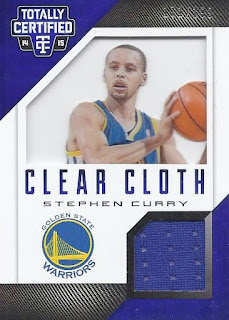 He also made an appearance on this Clear Cloth card. Again, the blue parallel works beautifully with the uniform choice. /199 on the standard blue variation numbering. 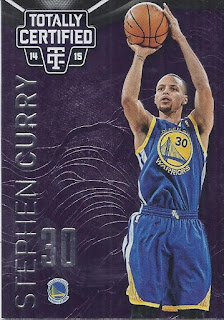 Tomorrow, wrapping things up with the Thunder.

Posted by buckstorecards at 13:10